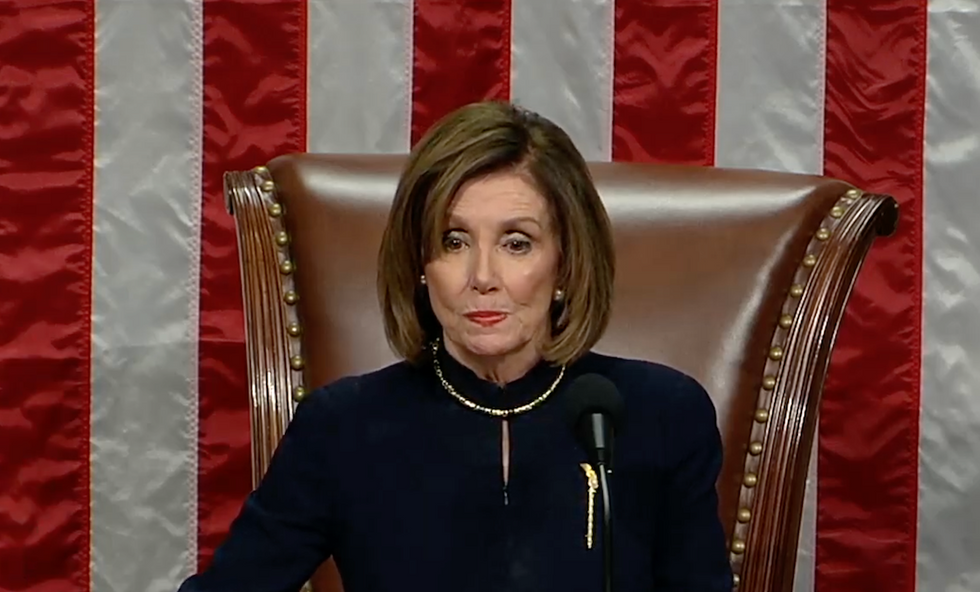 Although the U.S. House of Representatives indicted President Donald Trump on two articles of impeachment on December 18, Speaker Pelosi has been holding onto the articles — that is, until this week. The House has voted to send the two articles — one for abuse of power, the other for obstruction of Congress — to the Senate and has appointed seven Democrats to prosecute the case.

The 228-193 vote in the House came down largely along party lines. Most House Democrats voted in favor of sending the articles to the Senate; the exception was Minnesota Rep. Collin C. Peterson.

Pelosi told reporters, “Time has been our friend in all of this because it has yielded incriminating evidence, more truth into the public domain.”

Trump’s impeachment trial is expected to begin this Thursday, January 16 and continue next week. And U.S. Supreme Court Chief Justice John Roberts, who joined the High Court under President George W. Bush, will preside at the trial after taking an oath to administer “impartial justice.”

Trump is the fourth U.S. president to face articles of impeachment in the House: the others were President Andrew Johnson in the 1860s, President Richard Nixon in the 1970s and President Bill Clinton in the late 1990s. Nixon, however, stepped down as president in August 1974 before articles against him came up for a full House vote — thus avoiding a Senate trial in which he likely would have been convicted and removed from office.

Both Johnson and Clinton were impeached by the House but acquitted in their Senate trials and served out the remainder of their terms. Given the GOP majority in the Senate, Trump is expected to be acquitted on both articles.