Historians explain why the West is losing the fight for democracy 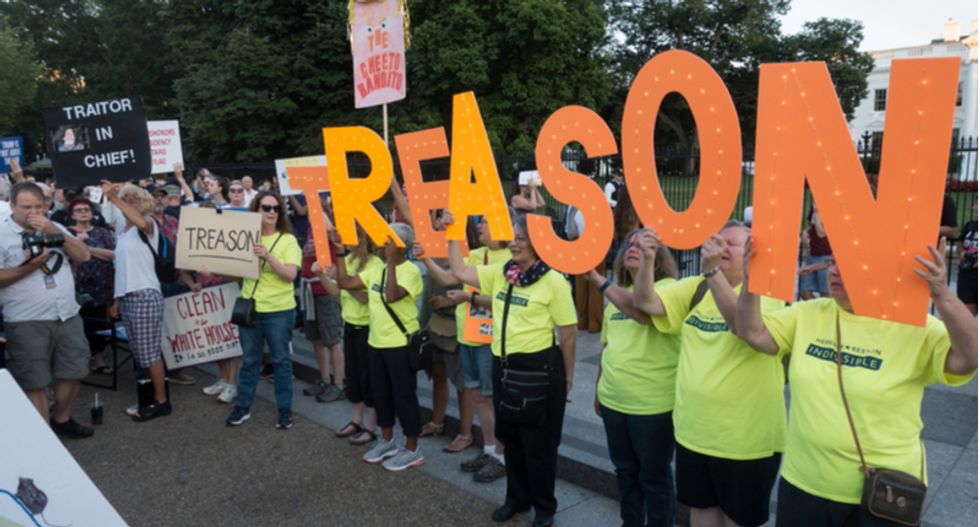 Adapted from The Light That Failed by Ivan Krastev and Stephen Holmes, published by Pegasus Books. Reprinted with permission. All other rights reserved.

The future was better yesterday. We used to believe that the year 1989 divided ‘the past from the future almost as clearly as the Berlin wall divided the East from the West.’ We had ‘trouble imagining a world that is radically better than our own, or a future that is not essentially democratic and capitalist.’ That is not the way we think today. Most of us now have trouble imagining a future, even in the West, that remains securely democratic and liberal.

When the Cold War ended, hopes for liberal capitalist democracy spreading globally were high. The geopolitical stage seemed set for a performance not unlike George Bernard Shaw’s Pygmalion, an optimistic and didactic play in which a professor of phonetics, over a short period of time, succeeds in teaching a poor flower girl to speak like the Queen and feel at home in polite company.

Having prematurely celebrated the integration of the East into the West, interested observers eventually realized that the spectacle before them was not playing out as expected. It was as if, instead of watching a performance of Pygmalion, the world ended up with a theatrical adaptation of Mary Shelley’s Frankenstein, a pessimistic and didactic novel about a man who decided to play God by assembling replicas of human body parts into a humanoid creature. The defective monster felt doomed to loneliness, invisibility and rejection. And envying the unattainable happiness of its creator, it turned violently against the latter’s friends and family, laying their world to waste, leaving only remorse and heartbreak as legacies of a misguided experiment in human ​self-​duplication.

So, how did liberalism end up the victim of its heralded success in the Cold War? Superficially, the fault lay with a series of profoundly destabilizing political events: the 9/11 attack on the World Trade Center in New York, the second Iraq War, the 2008 financial crisis, Russia’s annexation of Crimea and intervention in Eastern Ukraine, the impotence of the West as Syria descended into a humanitarian nightmare, the 2015 migration crisis in Europe, the Brexit referendum, and the election of Donald Trump. Liberal democracy’s ​post-​Cold War afterglow has also been dimmed by the Chinese economic miracle, orchestrated by a political leadership that is unapologetically neither liberal nor democratic. Attempts to salvage the good name of liberal democracy by contrasting it favourably with ​non-​Western autocracy have been undercut by the feckless violation of liberal norms, as in the torture of prisoners, and the evident malfunctioning of democratic institutions inside the West itself. Tellingly, how democracies atrophy and perish has become the question that most preoccupies liberal scholars today.

The very ideal of ‘an open society,’ too, has lost its ​once​-fêted lustre. For many disillusioned citizens, openness to the world now suggests more grounds for anxiety than for hope. When the Berlin Wall was toppled, there were only sixteen border fences in the world. Now there are ​sixty​-five fortified perimeters either completed or under construction. According to Quebec University expert Elisabeth Vallet, almost a third of the world’s countries are rearing barriers along their borders. The three decades following 1989 turned out to be an ‘inter-​mural period’, a brief ​barricade-​free interval between the dramatic breaching of the Berlin Wall, exciting utopian fantasies of a borderless world, and a global craze of ​wall​-building, with cement and ​barbed-​wire barriers embodying existential (if sometimes imaginary) fears.

Most Europeans and Americans today also believe that the lives of their children will be less prosperous and fulfilling than their own. Public faith in democracy is plummeting and ​long-​established political parties are disintegrating or being crowded out by amorphous political movements and populist strongmen, putting into question the willingness of organized political forces to fight for democracy’s survival in times of crisis. Spooked by the phantom of ​large​-scale migration, electorates in parts of Europe and America are increasingly drawn to xenophobic rhetoric, authoritarian leaders and militarized borders. Rather than believing that the future will be uplifted by the liberal ideas radiating out of the West, they fear that ​21st-​century history will be afflicted by the millions of people streaming into it. Once extolled as a bulwark against tyranny, human rights are now routinely accused of limiting the ability of democracies to fight terrorism effectively. Fears for liberalism’s survival are so acute that references to William Butler Yeats’s ‘The Second Coming’, written in 1919 in the wake of one of the deadliest conflicts in human history, became an almost obligatory refrain for political commentators in 2016. A century after Yeats wrote them, these words are now the mantra of apprehensive defenders of liberal democracy worldwide: ‘Things fall apart; the centre cannot hold; / Mere anarchy is loosed upon the world.’

Stephen Holmes is a Professor at the NYU School of Law and the author of many books, including The Anatomy of Liberalism and The Beginning of Politics. He lives in Manhattan.

Ivan Krastev is the chairman of the Centre for Liberal Strategies, Sofia, and permanent fellow at the Institute for Human Sciences, Vienna, a contributing writer for the international New York Times, and, most recently, the author of the acclaimed After Europe.