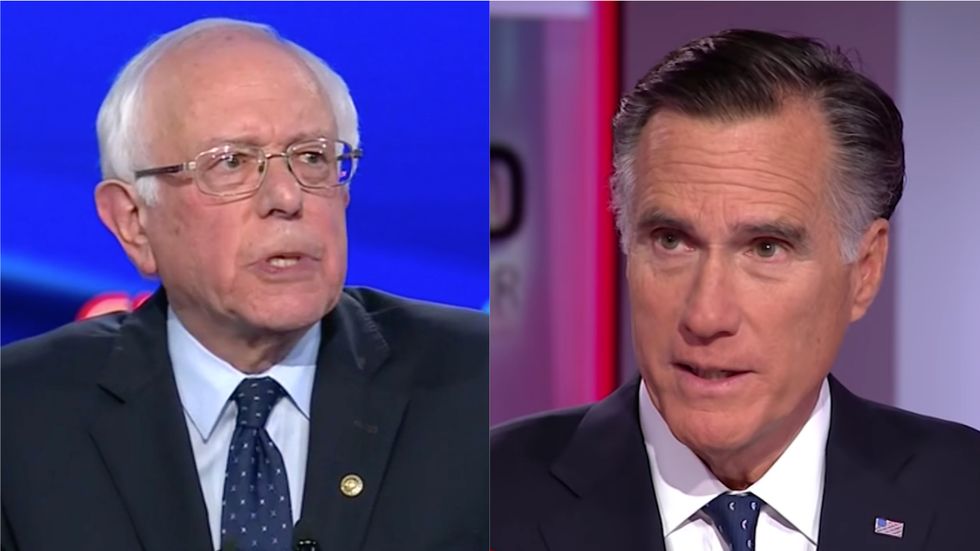 Although the chances of President Donald Trump being removed from office via his impeachment trial in the U.S. Senate — where Republicans slightly increased their majority in the 2018 midterms — are slim and none, there has been some debate among Republicans over the form the trial should take. And journalists John Bresnahan and Burgess Everett, in a listicle published by Politico on January 21, describe five different Senate factions and the ways in which they might shape the trial.

The factions that Bresnahan and Everett list range from “Trump hardliners,” “Republican institutionalists” and “The Three Amigos, Part Deux” to “Democratic moderates” and “Trump-Is-Guilty-Already Democrats.” Of the five, the most far-right are the “Trump hardliners” — who have made it painfully clear that they have no intention of seriously analyzing the evidence that will be presented by Democrats.

Bresnahan and Everett cite South Carolina’s Lindsey Graham, Texas’ Ted Cruz, Tennessee’s Marsha Blackburn and Missouri’s Josh Hawley as examples of “Trump hardliners.” The Politico reporters explain, “It’s clear right now that for well over 40 Senate Republicans, the Trump trial will be a burden to be endured for now and then, exploited for political gain.”

The GOP senators that Bresnahan and Everett — using a combination of English, Spanish and French — playfully refer to as “The Three Amigos, Part Deux” are Maine’s Susan Collins, Utah’s Mitt Romney and Alaska’s Lisa Murkowski. The Politico journalists note, “This unpredictable trio wants the option to hear from additional witnesses on the Ukraine scandal that led to Trump’s impeachment, especially former National Security Adviser John Bolton. Bolton has said he’ll testify if subpoenaed.”

The “Republican institutionalists” in the Senate, according to Bresnahan and Everett, range from Pennsylvania’s Pat Toomey to Ohio’s Rob Portman and Tennessee’s Lamar Alexander.

“If Democrats are to get a fourth GOP vote for witnesses,” Bresnahan and Everett explain, “their best bet is from a group of veteran Republicans who believe in protecting the Senate prerogatives or are retiring and thus, have less to fear from a vengeful Trump.”

“Like the Senate Republican Conference,” Bresnahan and Everett point out, “most of the Democratic Caucus has already made up its mind — Trump is guilty, but let’s get more witnesses and documents anyway — even if they don’t say it publicly. So, they’ll loudly back (Senate Minority Leader Chuck) Schumer’s motions for witnesses, they’ll have sharp questions for Trump’s defense team, and they’ll complain mightily when the trial is over that Trump was acquitted by a Republican majority that is interested in political survival rather than the truth. And then, they will use this case, and everything Trump has done over the last three years, to try to take over the Senate in November.”