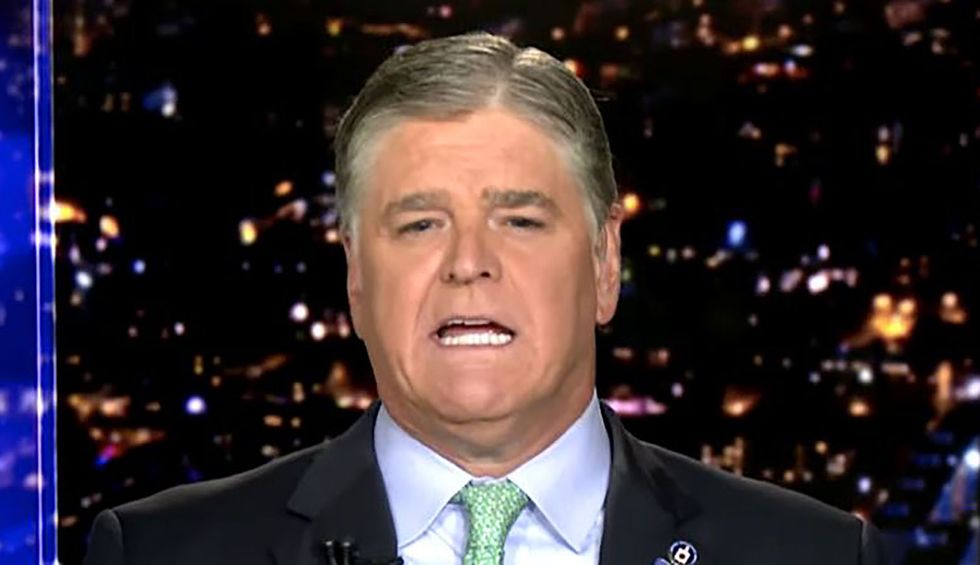 In a piece published at the Washington Post this Wednesday, Greg Sargent writes that the “Cult of Trump” now deems any Republican who “dares to acknowledge the relevance of facts outside the disinformation bubble that President Trump and his propagandists have constructed in his defense” can only be motivated by “Trump hatred.” Case in point: Fox News host Sean Hannity.

Hey, do you want to watch Sean Hannity losing his goddam mind on live TV during the most watched hour in cable news? https://t.co/xcIGTZRtRY
— Andrew Lawrence (@Andrew Lawrence)1580264295.0

“Hannity’s performance illustrates how preposterously weak Trump’s defenses have become, and how heavily they depend on insulating Trump’s extraordinary corruption, and the lies justifying it, from contrary facts and legitimate outside scrutiny,” Sargent writes.

According to Sargent, Hannity’s panicking is the result of news that there are potentially four GOP senators who will vote to allow more witnesses at Trump’s impeachment trial — a development in which Mitch McConnell reportedly doesn’t have the votes to stop.

“What this really means is that, if GOP senators vote against hearing new information, they’ll be carrying Trump’s coverup through to completion,” Sargent writes. “This is what Hannity is actually raging at Romney for failing to facilitate.”

Read his full piece over at The Washington Post.