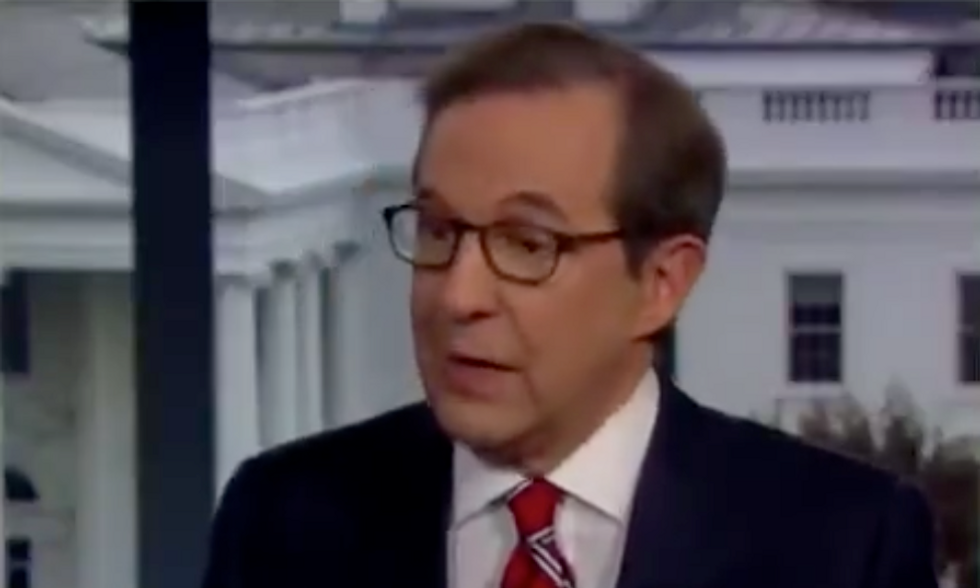 Fox News’ Chris Wallace slammed conservative pundit Katie Pavlich on air, telling her to “Get your facts straight” after she tried to claim all kinds of made-up facts in her defense of Donald Trump. In question was Pavlich’s revisionist retelling of how the Democratic House’s impeachment inquiry was hampered by obstruction. In Pavlich’s imagineering, the Democratic Party is breaking with impeachment tradition by pushing an incomplete case, “and every impeachment beforehand, the witnesses that were called had been called in the House before being brought to the Senate. So there are questions here about the process.”

Right-wing pundit Katie Pavlich is just the kind of dumb that Trump’s Republican Party loves: willing to toe any line of misinformation, no matter how many obvious facts and contradictions there are. Appearing on Fox News with conservative luminaries such as Brett Baier, Pavlich was promoting the old conservative trope that the difference between Clinton’s impeachment trial and Trump’s is that the Democratic Party keeps trying to add new things to it, because it’s going so terribly. The basis of this bit of bullshit is that Donald Trump’s White House has refused to allow anyone to testify, while his Department of Justice has done more work trying to cover up his criminal behavior than any of the actual work it’s supposed to do as a department.

Wallace has been as critical of President Trump as anyone can be on the Fox News network, even admitting to the public that Trump has damaged our freedom of the press. But it’s hard to tell whether Wallace is angry at the lies being spread, or how stupid the spin is. The segment opened with Wallace saying proof that the John Bolton news that broke over the weekend was “big” was how intensely people like Pavlich were trying to spin it.