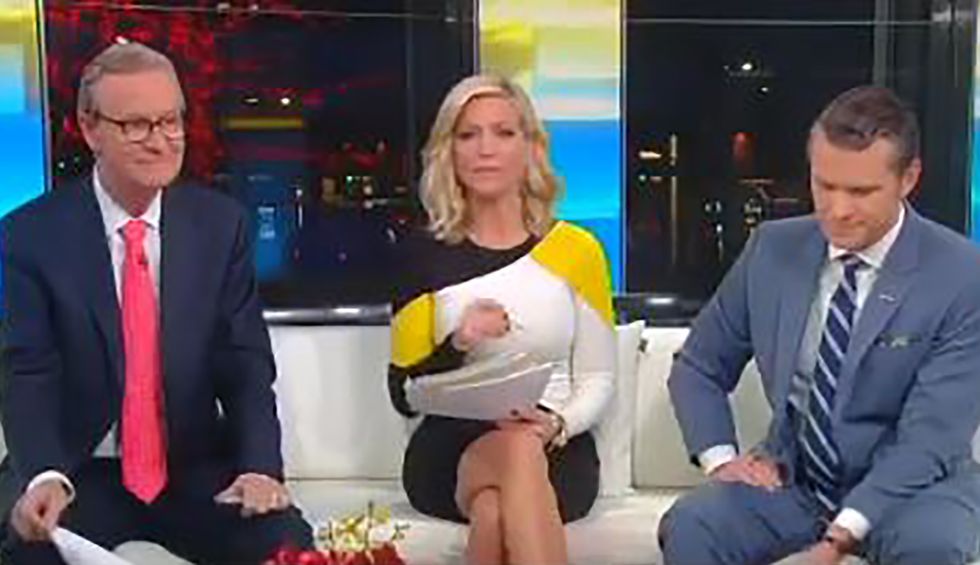 The nonpartisan the Government Accountability Office found the White House Office of Management and Budget violated the law by freezing $400 million in congressionally approved military aid, but the Fox News hosts suggested the agency was only trying to hurt the president.

“Do you think it’s just a coincidence that that news would drop exactly the same day the (impeachment) trial started?” said co-host Steve Doocy.

“However the Office of Management and Budget disagrees with it,” she added. “They say the president has a right to do this.”

Hegseth complained about the unfairness of it all, and urged viewers to vote Republican to save the president.

“It’s the impeachment that never ends and never will end,” he said. “I would argue, even all the way through November, should the president win re-election, may never end, either, unless the House, the majority of the House changes hands, which becomes important.”