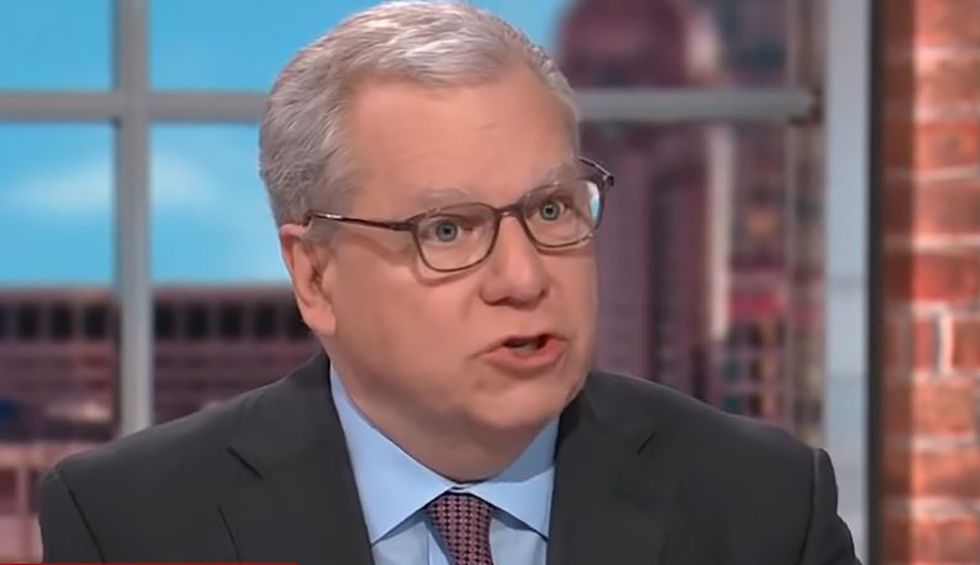 Addressing a House document dump that provided more evidence in Donald Trump’s still-growing Ukraine scandal, a former White House official claimed on CNN that to all appearances White House foreign policy has been being conducted by “two-bit mobsters.”

“These new text messages were provided to Congress by Giuliani’s foreign associate Lev Parnas,” host Camerota explained. “To dig up dirt on the Bidens and to take down Marie Yovanovitch. The materials include this letter to Ukraine’s president, and in it Giuliani requested a meeting indicating he is working with the U.S. president’s knowledge and consent. That this is the first where Giuliani links efforts to President Trump. There is also this note in Vienna that mentions to get Zelensky to announce an investigation of the Bidens.”

“Joe,” she said addressing former White House spokesperson Joe Lockhart. “It just gets worse. Every week there is more evidence that comes out about this shadow diplomacy or whatever operation Rudy Giuliani was doing over in Ukraine and this is particularly disturbing. No wonder Yovanovitch didn’t feel safe when she testified that she — people were making threats. She started to feel unsafe. When somebody told her to get on the plane now, she didn’t really ask questions, she got on a plane right then because she was so concerned about her safety.”

“There’s several layers to this,” Lockhart replied. “One is we now see that Giuliani on the record is telling Zelensky that he’s doing this on the behest of the president and you see through a variety of ways that the president is directing this from the Oval Office. The second is — I was struck this morning given my experience in government — the people that we had doing special diplomacy were people like George Mitchell, you know, Tom Foley went out and did some things — the former speaker of the House. Richard Holbrook.”

“Not two-bit criminals who are either mob figures or trying to act like mob figures,” Lockhart replied. “It’s unconscionable that [Secretary of State] Mike Pompeo allowed this to go on. You have to believe at some point he read into all of the stuff and he allowed it.”