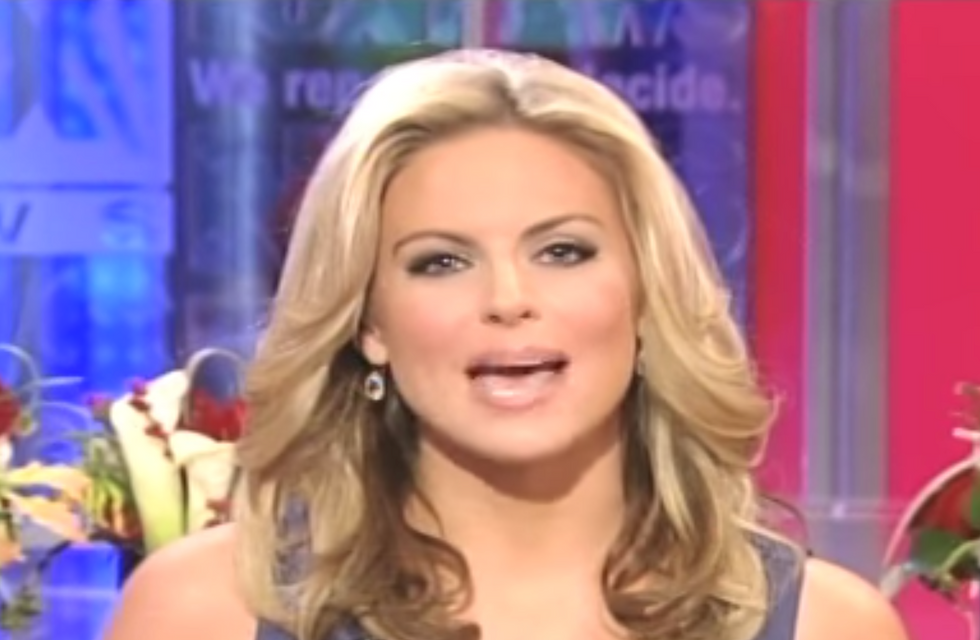 Although far-right white evangelicals are a key part of President Donald Trump’s base, he has hardly lived the life of a Christian fundamentalist. And former Fox News reporter Courtney Friel, according to the New York Daily News, alleges that Trump invited her to Trump Tower to “kiss” at a time when both of them were married.

Friel, who sometimes filled in on Fox News’ popular morning show, “Fox and Friends,” in the past, makes that allegation in her book, “Tonight At 10: Kicking Booze and Breaking News,” to be released this Tuesday, January 7.

According to Friel, Trump told her she was “the hottest one at Fox News” and called her when she expressed interest in working as a judge on the Miss USA pageant.

Friel, now 39, writes, “Though he said I couldn’t be a judge since I worked at a different network, he did ask me about my career goals and complimented my work at FNC.”

Friel alleges, “Then, out of nowhere, he said, ‘You should come up to my office sometime so we can kiss.’”

According to Friel, she reminded Trump that both of them were married. Friel writes, “’Donald,’ I responded, ‘I believe we’re both married.’ I quickly ended the call.”

Friel, in her book, goes on to say, “This proposition made it difficult for me to report with a straight face on Trump running for president. It infuriated me that he would call all the women who shared stories of his bold advances liars. I totally believe them…. At least now, I can joke that I could have banged the president — but I passed.”