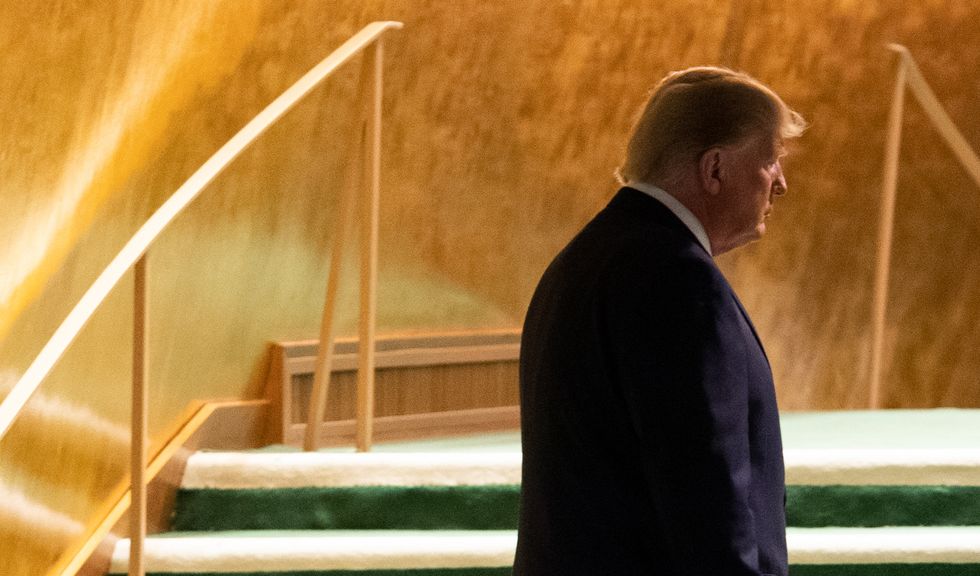 President Donald Trump was not the first U.S. president who considered Iranian military commander Qasem Soleimani a threat to stability in the Middle East, but unlike President Barack Obama and President George W. Bush, he ordered a drone strike that resulted in the Iranian leader's death. And security/foreign policy expert Anthony Dworkin, in a January 7 article for Just Security, outlines some of the ways in which the killing of Soleimani is a departure from the policies of the Bush Administration and the Obama Administration.

Dworkin, known for his work with the European Council on Foreign Relations, wrote, “The drone strike against Qasem Soleimani marks a significant escalation in the United States’ use of force against external security threats as it has evolved in the years since September 11, 2001….  With this action, President Trump has imported the kind of individualized targeting that has become associated with counter-terrorism operations into the United States’ confrontation with another state.”

The #Soleimani attack brings the signature technique of the "war on terror" - targeted killing by drone strike - in… https://t.co/1i7Rr9tbVl
— Anthony Dworkin (@Anthony Dworkin) 1578406820.0

The killing of Soleimani, according to Dworkin, “looks less like a wartime military operation” and “more like the kind of targeted killing that the United States and Israel, among other countries, has carried out to remove individual members of non-state groups involved in planning or conducting terrorist attacks.”

In 1943, Dworkin notes, the U.S. military carried out an operation that brought down a Japanese plane carrying Admiral Isoroku Yamamoto, the naval commander responsible for the December 7, 1941 attack on Pearl Harbor. However, Dworkin stresses, there are key differences between that 1943 operation and the drone strike that killed Soleimani — for one thing, the U.S. under President Franklin Delano Roosevelt was officially at war with Japan as part of World War II in 1943.

“The attack against Yamamoto took place at a time when the United States and Japan were engaged in an all-out war that ended with the complete surrender of Japan,” Dworkin observes. “By contrast, the United States targeted Maj. Gen. Soleimani, Iran’s most influential military commander, at a time when there were no direct conventional hostilities underway between the United States and Iran. Indeed, President Trump said that the strike against Soleimani was taken ‘to stop a war’ — meaning, apparently to prevent a war from starting rather than forming part of a war that was already taking place.”

Dworkin concludes his article by stressing that it is unclear whether or not the operation that killed Soleimani is in keeping with United Nations rules.

“In killing an Iranian government official, the United States has used force against Iran — and under the UN Charter, that is only permitted to the degree that is necessary and proportionate to defend against an armed attack,” Dworkin explains. “Whether or not the United States has met that threshold, its action —and public acknowledgement and justifications of that action — sets a significant precedent in loosening restraints on military action in a way that could prove highly escalatory at a time when links between states and proxy militias have multiplied across the Middle East and North Africa, and beyond.”