Electability of Biden is more 'conventional' -- and less 'wisdom' 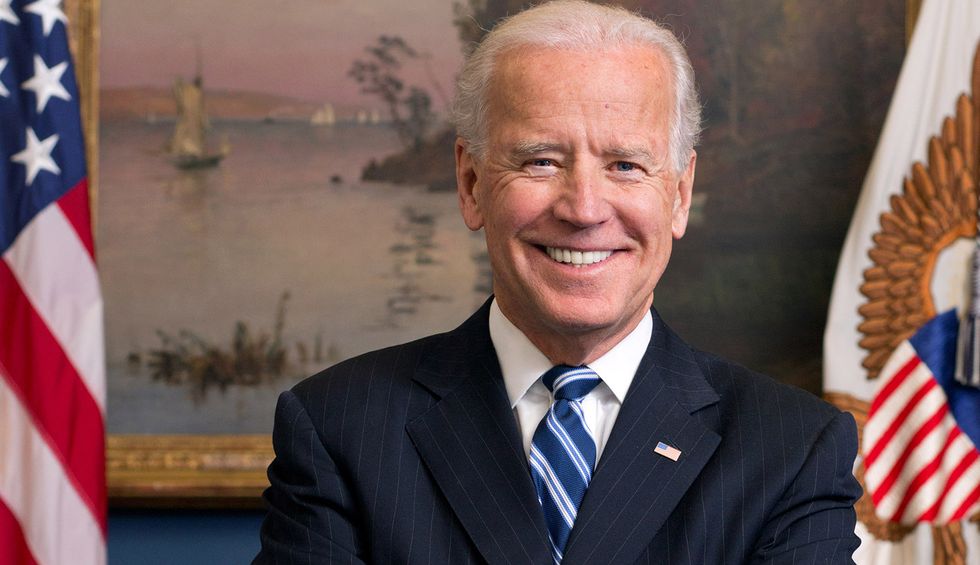 As Democratic voters prepare to go to the polls, you’d be forgiven for having a feeling of déjà vu. Just as in 2016, Donald Trump is running as the Republican nominee. Just as in 2016, Bernie Sanders is mounting a surprisingly strong bid to win on the Democratic side. And, just as in 2016, much of the mainstream media and Democratic powers-that-be are putting their faith in a longtime establishment “moderate” as the more “electable” choice for the party. Four years on from Trump’s election, both everything and seemingly nothing has changed.

What is different is the identity of the Democratic establishment choice. This time, it’s former Vice President Joe Biden instead of former Secretary of State Hillary Clinton, who in 2016 was lauded as the sensible, safe choice to take on an erratic and extreme Trump in the same way that newspaper columnists, TV pundits, and some voters themselves now laud Biden as the most electable candidate in the Democratic field.

With the Biden campaign warning voters it’s “no time to take a risk” and urging them to choose “our strongest candidate” and “the Democrat Trump fears the most” (meaning, of course, Biden), it’s worth looking back at 2016 and the reasons that year’s centrist, supposedly non-risky candidate lost.

Throughout the race, Clinton was dogged by the email server scandal that served to regularly remind voters of Clinton’s penchant for secrecy. Her family foundation became an issue as journalists revealed the mixing of her family’s private sector work with her political career—her coziness with Wall Street and corporate interests only further confirming her perception as a tool of big money.

Journalists and the opposition dug into her record, undermining her appeal to key constituencies: her role in Bill Clinton’s mass incarceration policies helped alienate Black voters; her championing of the Trans-Pacific Partnership (TPP) agreement hurt her standing in the Midwest; her callous 2014 comments about child migrants turned off Latinos; and her history as a hawk turned off key communities affected by endless war. Her previous triangulation on issues like abortion and marriage equality turned off more key voter demographics, while painting her as a phony. Meanwhile, her steadfast refusal to champion longstanding liberal goals like universal health care further depressed enthusiasm among the party’s activist base.

The result is now well-known: not only did Clinton lose swing states like Florida and Ohio, but three dependably blue states in the Midwest flipped unexpectedly red to hand Trump victory. Voter turnout, key to both of Obama’s victories, fell to its lowest level in two decades, with Black voter turnout dropping sharply after twenty years of steady rises. As one African-American non-voter told the New York Times: “Both of them were terrible. They never do anything for us anyway.”

Not only does opposing Trump with another unexciting, supposedly electable, establishment-friendly centrist like Biden mean repeating an experiment that’s already failed disastrously; it means running a candidate who has all of Clinton’s weaknesses and more.

Unlike Clinton, Biden wasn’t simply a bit player in creating the US system of mass incarceration that has brutalized Black and brown communities. He was one of its leading architects, claiming the very 1994 crime bill that was hung around Clinton’s neck four years ago as one of his greatest achievements, and authoring the bill that created the infamous 100-to-1 crack-to-cocaine sentencing disparity. Just as the video of Clinton warning about “superpredators” was circulated far and wide, Trump’s people will make sure Black voters are bombarded with a video of Biden similarly warning about juvenile “predators” who “warrant exceptionally, exceptionally tough treatment.”

Biden is already mired in his own long-running scandal in the form of the Ukrainegate saga, which, though currently engulfing the Trump administration, is also a reminder of the fact that Biden’s family has been cashing in on his political career since the day it began. New stories on the subject periodically emerge, while Biden can only protest his son’s mysterious and lucrative appointment to the board of a Ukrainian gas giant trying to curry favor with the US by insisting the arrangement wasn’t illegal—hardly exonerating in a town where so much of corruption isn’t.

Trump will make hay of Biden’s longstanding fealty to corporate donors, whether as the “senator from MBNA” who made bankruptcy harder for middle-class families at the credit card industry’s request, or his friendliness with wealthy financiers like disgraced savings-and-loan executive David L. Paul. He will hammer on Biden’s support for NAFTA and the TPP every chance he gets. Same with Biden’s long, well-documented history of trying to cut Social Security and Medicare, something Trump ran against in 2016, and which he has so far avoided doing (and will almost certainly do should he win re-election).

Against his best efforts, Trump will go into this election as the first president since Jimmy Carter not to lead the United States into a new war, a remarkable fact even as he’s deepened pre-existing US military involvement in the Middle East. Biden, by contrast, was not only a key ally to the Bush administration in selling the Iraq War—something he continues to lie about when challenged—he’s supported military action in countries as far afield as the former Yugoslavia and Sudan, and was part of the administration that fought the disastrous war in Libya.

A social conservative for much of his career, Biden’s record on gay and abortion rights will further alienate the Democratic base, with his sudden, late-stage “evolutions” on these issues already being viewed as opportunistic. Ditto with Biden’s courting of corporate donors and trashing of Medicare for All during the primary. And Biden still can’t give a good answer to his role in an administration that deported more people than even Trump, telling one immigration activist simply to “vote for Trump.” And that’s all while his role in handing Trump the powers he uses to terrorize immigrant communities goes largely unscrutinized.

We are already seeing signs of a repeat of Clinton’s loss: there is a palpable lack of enthusiasm for Biden, who’s drawn lackluster crowds the whole race through. In fact, he’s now drawing smaller crowd sizes in Iowa than he did in 2008, when he won 0.9 percent of the vote. If he loses to Trump, it will hardly be a shock. Uninspiring centrist Democrats have now lost to often extreme right-wing Republicans in seven of the last 10 presidential elections: in 1980, 1984, 1988, 2000, 2004, and 2016.

Meanwhile, as for who Trump fears most, let’s hear what the president himself had to say to donors behind closed doors in 2018 about his victory two years earlier:

If Bernie were Hillary’s vice president, it would have been tougher … because he’s a big trade guy, you know he basically says we’re getting screwed on trade, and he’s right. … He was the only one I didn’t want her to pick.

Twelve years ago, it was conventional wisdom that a progressive, Black candidate with the middle name Hussein was a risk to choose as a nominee. But Barack Obama not only won two elections, he remains perhaps the most beloved former president in the country. When the media talks about electability, it’s certainly conventional, but in hindsight it hardly seems wise.