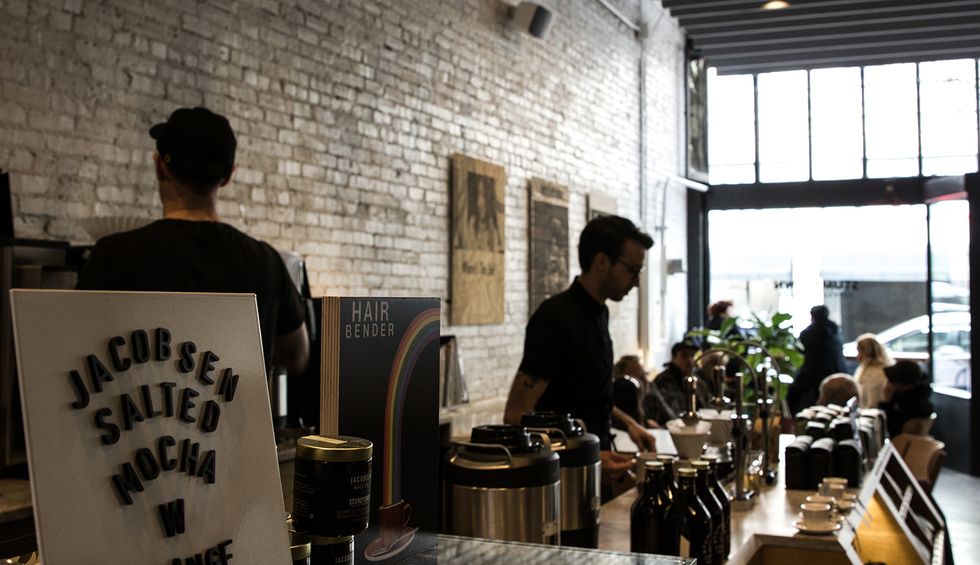 No up-and-coming neighborhood is complete without its own hip craft brewery to match. Indeed, there are now more than 8,000 craft breweries in the U.S., and they have become a ubiquitous feature of the urban landscape. And though the opening of a craft brewery as synonymous with gentrification is often satirized in shows like "Portlandia," my research suggests that, in most cases, craft breweries are not the catalyst for neighborhood revitalization or gentrification. Rather, they typically follow other investments.

Samuel Walker and Chloe Fox Miller of the University of Toronto conducted a study of Portland, OR that led them to conclude "with the exception of the 1990s, breweries in gentrifying neighbourhoods most often opened followed the onset of neighbourhood upgrading." As such, craft breweries emerge as a key piece of the revitalization jigsaw puzzle, who enter a neighborhood after the gentrification process has started.

There are some exceptions to this pattern. Two of the most notable are the Ohio City neighborhood in Cleveland, and the Lower Downtown neighborhood of Denver, Colo. In both cases, breweries were pioneer investors who were willing to invest in what Stephan Weilar at Colorado State University calls "economically peripheral" locations. In the case of Ohio City, Great Lakes Brewing Company opened their doors in 1988; in the same year, Wynkoop Brewing Company started brewing beer in Lower Downtown Denver. At that time, both neighborhoods had seen better days.

During the late 19th and early 20th centuries, both were bustling industrial neighborhoods that provided plentiful employment opportunities for European immigrants. As the 20th century progressed, both neighborhoods entered a period of decline, and were quickly associated with out-migration, high crime rates, shady bars and liquor stores. However, both areas had something coveted by craft brewery entrepreneurs—inexpensive real estate in the form of abandoned buildings. In both cases, the breweries were catalysts for further investment. Today, Ohio City and Lower Downtown (LoDo) Denver are vibrant neighborhoods, where independent coffee shops, restaurants and specialty boutiques exist cheek by jowl, catering to well-heeled Millennial and Boomer customers. Ohio City is home to 10 craft breweries, while LoDo is home to six (that number reaches well into double digits if you include the geographically adjacent River North neighborhood).

Craft breweries thrive in what were once abandoned buildings, whether that be an old church, fire station, hardware store or warehouse. Not only do abandoned buildings in distressed neighborhoods provide inexpensive real estate, they also provide an interesting and unique space for craft beer drinkers to enjoy their beer.

Craft breweries, however, are much more than just watering holes for those who enjoy craft beer. Many see themselves, and indeed function as, neighborhood Third Places (a term coined by the urban sociologist Ray Oldenburg in 1989). According to Oldenburg and others, Third Places are nothing more than informal public gathering places where people come to "exchange ideas, have a good time, and build relationships." Third Places are, according to Michael Hickey, "the living room of society." Third Places exist in contrast to both home (First Place) and work (Second Place). Many craft breweries function as a flexible community space. They can be quickly transformed into a yoga studio, a place where kids can do arts and crafts, or a partner and backdrop for a fundraising event. Many craft breweries have strategically positioned themselves as a neighborhood amenity.

Along with Isabelle Nilsson of the University of North Carolina-Charlotte, I have investigated how the opening of a craft brewery impacts the value of surrounding properties. Using Charlotte, N.C., as a case study, we looked at properties within half a mile (walking distance) of breweries. Our analysis showed that the value of single-family homes increased by 9.3 percent as a result of a brewery opening nearby, while the value of condominiums increased by 3.2 percent. The value of commercial properties was unaffected. We are currently expanding this model to 48 other cities across the country.

All across the U.S., craft breweries seem to be emerging as a new type of Third Place in urban America. One of the keys to a successful Third Place is that they are walkable and accessible to neighborhood residents. They should also be inclusive and welcoming to all. The next time you are drinking an Arrogant Bastard Ale, a Smooth Hoperator or a Polygamy Porter, remember craft breweries mean much more to communities then just the beer they serve.

Neil Reid is a professor of geography and planning at The University of Toledo.