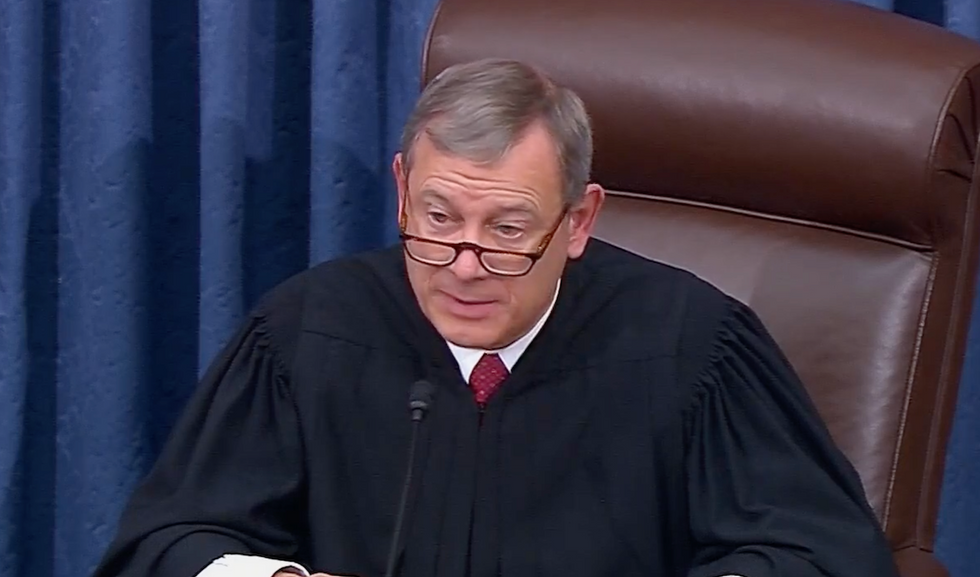 Maryland Democratic Sen. Chris Van Hollen will offer a motion in Donald Trump's impeachment trial Friday to require Chief Justice John Roberts to subpoena documents and witnesses, if he determines they are relevant to the articles of impeachment, and to exercise his authority to rule on all issues of evidence, including executive privilege.

"A fair trial includes relevant documents and witnesses. And in a fair trial the judge determines what evidence is admitted," Van Hollen said in a statement announcing the motion. He said his effort "ensures the Chief Justice will serve the same role as a judge in any trial across our country—to allow the Senate access to the facts they need to get to the truth." He adds "No Republican can question the fairness of this approach—the Chief Justice oversees the highest court in our land and was nominated by a Republican President. And, given his authority to rule on questions of privilege, they should not fear a drawn-out process. I urge my colleagues to seek out the truth and the facts and to vote in support of my motion. Anything else constitutes an effort to hide the truth." He's right, it's perfectly fair. So it's another test of whether there are just four Republicans left who think this process should be fair.

Here's the text of the motion: "I move that for this trial the presiding officer shall issue subpoenas of any witness or any document that a Senator or a party moves to subpoena if the presiding officer deems them likely to have probative evidence relevant to either article of impeachment, and, consistent with his authority to rule on all questions of evidence, shall rule on any assertion of privilege."