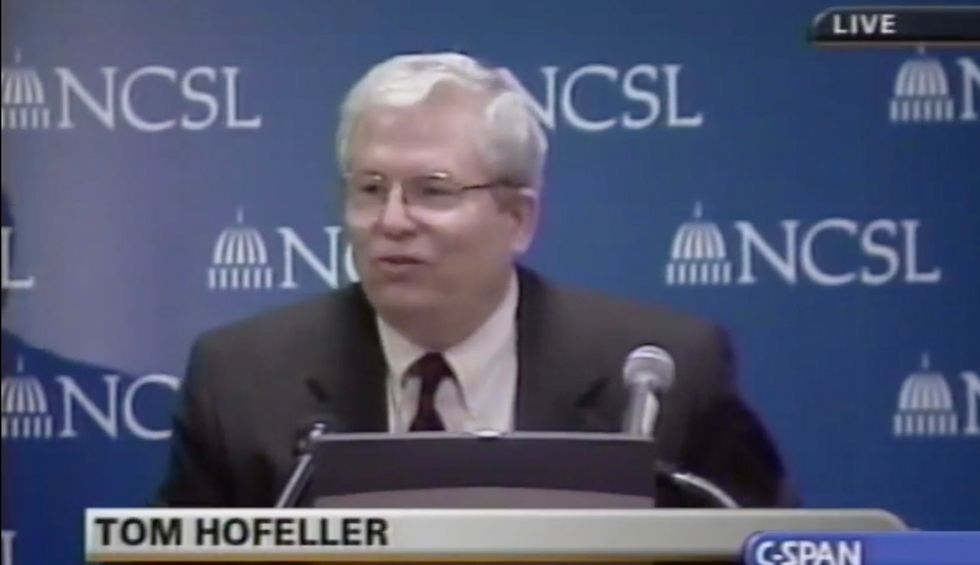 GOP strategist Thomas Hofeller, who died in 2018 at the age of 75, was a mastermind of gerrymandering. Republicans have fought to keep his files from being made public, but on Sunday, his daughter, Stephanie Hofeller, made an abundance of his files and maps public via a Google Drive. On Twitter, Stephanie Hofeller — a self-described anarchist — went to Twitter and explained how to access the documents.

After learning about Thomas Hofeller’s death, his daughter went to his home and went through his belongings — and she found a plastic bag full of hard drives and USB sticks. Stephanie Hofeller gave the drives to Common Cause.

Stephanie Hofeller and her father were estranged during the last years of his life, and some of her tweets have been highly critical of his work in the Republican Party. On January 3, Hofeller jokingly tweeted, “If you’re looking for my father in hell, he’s often in the ‘Don't Throw Your Vote Away’ chat room with the Dems…. If you don't find him there, try the ‘War is Good for the Economy’ Chat Room.”

Thomas Hofeller’s name has often come up in connection with discussions of the Trump Administration’s efforts to add a citizenship question to the U.S. Census. The Administration claimed that the question would help enforce the Voting Rights Act, but one of Thomas Hofeller’s studies from 2015 found that such a question “would be advantageous to Republicans and non-Hispanic whites.”