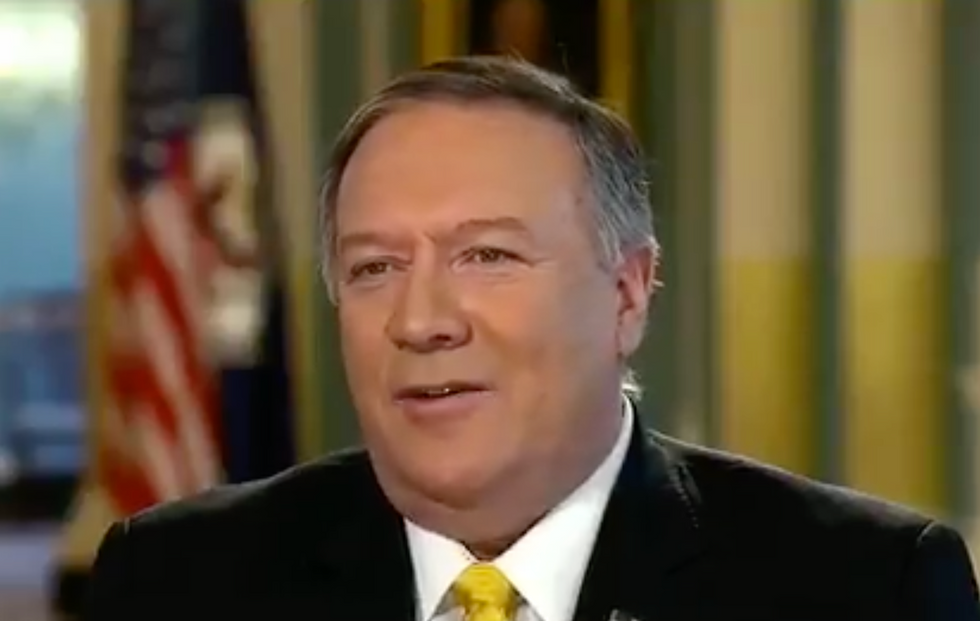 Some American politicians welcome an opportunity to be asked tough questions by a journalist, which is why there are liberal and progressive Democrats who — although often critical of Fox News — are glad to appear on Chris Wallace’s show and answer some hardball questions. But others hate to stray outside their bubble, and Secretary of State Mike Pompeo is drawing a lot of criticism for his mean-spirited outburst against NPR reporter Mary Louise Kelly. Although much of that criticism is coming from the left, journalist Shay Khatiri calls Pompeo out in a blistering article for the conservative Never Trump website The Bulwark.

“Mike Pompeo is a disgrace to the office he holds and the department he leads,” Khatiri declares. And he goes on to explain why Pompeo’s ranting against an NPR reporter speaks so poorly of him.

During an interview with Pompeo on Friday, Khatiri notes, the secretary of state “began cursing” at Kelly when she brought up the “Ukraine scandal” — and on Saturday, Pompeo pulled a “McSally maneuver” and “attacked the media.”

By “McSally maneuver,” Khatiri is referring to Sen. Martha McSally’s recent attack on CNN’s Manu Raju, who she insulted as a “liberal hack” when he asked the Arizona Republican whether or not witnesses should be featured in President Donald Trump’s impeachment trial — which was a perfectly reasonable question. And McSally’s childish outburst appeared to be a Trumpian political stunt: she posted a video of her exchange with Raju online and fundraised off it.

“Consider that Kelly was born in Germany, graduated from Harvard’s Kennedy School with honors, earned a graduate degree from Cambridge in European Studies, and has traveled to Ukraine multiple times as a war correspondent over the course of her decades of national security reporting,” Khatiri explains.

The Bulwark contributor quickly adds that Pompeo, in contrast, “is like the entire 2016 election poured into a single human skin-suit. He combines all of the calculation and misplaced ambition of Hillary Clinton with the vulgarity and dishonesty of Donald Trump.”

Pompeo, Khatiri writes, is “at the dawn of his public career” and “clearly has his eye on a larger prize” —and he laments that Pompeo “doesn’t care about Ukraine.”

“What (Pompeo) cares about is the hold Donald Trump has over the Republican Party,” Khatiri observes. “He knows that Trump and his base care — deeply — about owning the libs and bashing the media. So, Pompeo will own the libs and bash the media, even if doing so disgraces the office that he holds.”