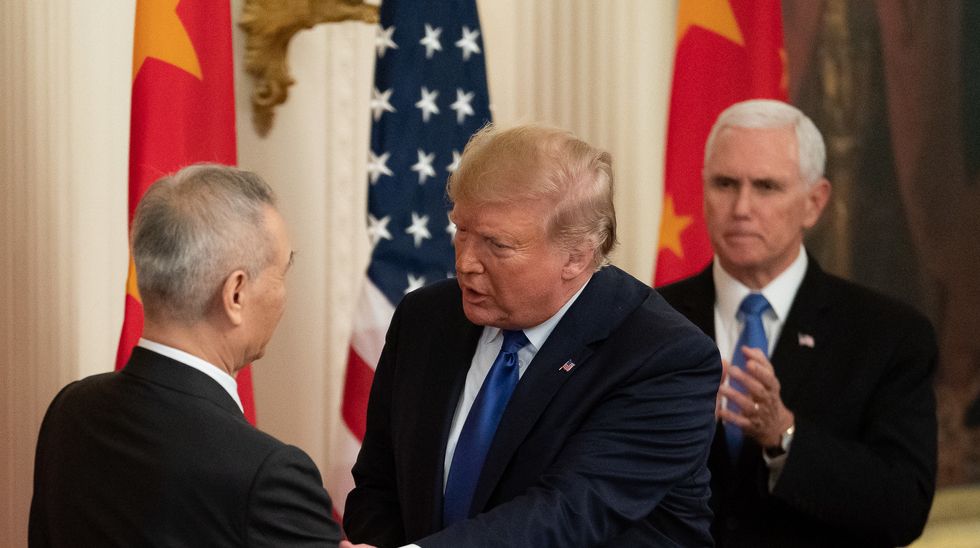 During his 2016 presidential campaign, Donald Trump echoed Patrick Buchanan’s “America first” rhetoric and vowed that if he defeated Democratic nominee Hillary Clinton, he would only negotiate trade deals that were beneficial to the American working class. But Washington Post opinion writer Catherine Rampell, in a column published this week, lays out some of the many ways in which Trump’s trade policy has been an ongoing source of misery for Americans.

“Trade was supposed to be President Trump’s signature issue,” Rampell explains. “He was going to get us the best, biggest, America-First-iest trade deals ever.”

But Rampell quickly adds that Trump’s “multi-front trade wars” have “fractured our international alliances, imposed tens of billions of dollars of new taxes on Americans, resulted in two expensive agricultural bailouts, multiplied farmer bankruptcies and landed the manufacturing sector in a recession.”

In order to stay afloat in the Trump era, many American farmers have become increasingly reliant on subsidies from the U.S. Department of Agriculture (USDA). Tariffs, Rampell notes, have only made life more difficult for farmers in the U.S.

“Trump’s tariffs have…. led many trading partners to retaliate, disproportionately targeting one of the president’s key constituencies: American farmers,” Rampell observes. “Despite the pain he’s caused them, and a 2% spike in farmer bankruptcies last year, Trump has somehow still cast himself as the farmers’ savior.”

The problem with Trump’s tariffs, Rampell notes, is that they “raise the cost of doing business for U.S. companies and put American jobs at risk” because Trump’s administration “has primarily taxed the inputs that U.S. manufacturers need to make their own goods. Not surprisingly, manufacturing has been in recession for the past five months.”

The USMCA, Rampell points out, is “about 90% identical to the North American Free Trade Agreement it replaces, which Trump once dissed as ‘the worst trade deal ever made.’ The remainder largely cribs language from the Trans-Pacific Partnership, an Obama-era deal Trump tore up because it was a ‘disaster’ and a ‘rape of our country.’”

“Despite some modest rollbacks, the deal actually leaves in place U.S. tariffs, a.k.a. taxes, on $360 billion worth of Chinese goods,” Rampell writes. “Regardless of whatever nonsense Trump claims, his import taxes are being paid almost entirely by Americans. That is the conclusion of at least four separate studies, conducted by respected academic and government trade experts. These tariffs raise the cost of doing business for U.S. companies and put American jobs at risk.”

Rampell concludes her column by asserting that at least USMCA and the China deal are “unlikely” to make a bad situation even worse.

“The best thing you can say about either of these agreements is that at least, for the time being, they mean Trump is unlikely to make the trade wars worse,” Rampell writes. “But if that’s really all there is, it’s not much.”