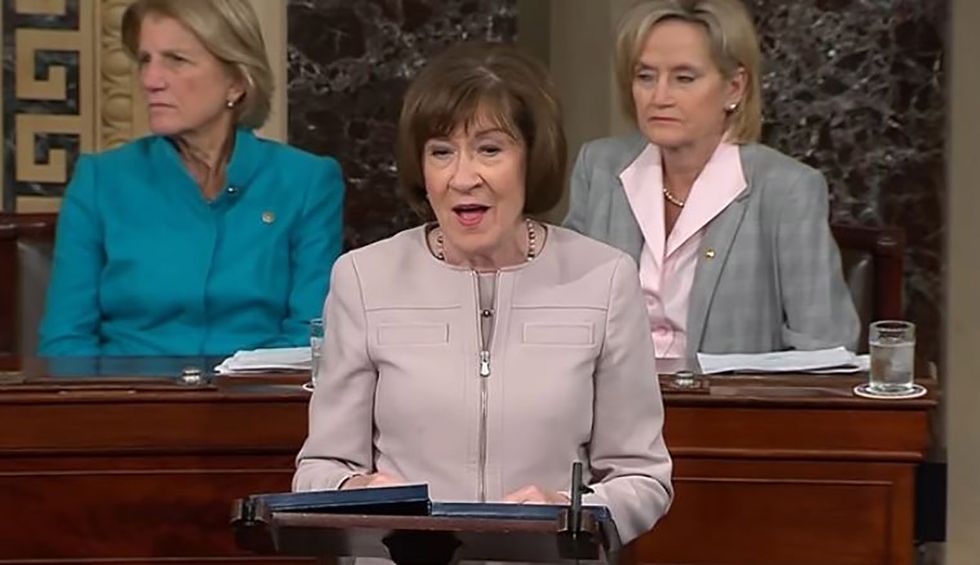 There will almost certainly not be a 50-50 tie in the Senate impeachment trial on whether to have additional witnesses and documents. Sen. Susan Collins, almost immediately following the closing of Thursday night's session, showed that she'd been given the "hall pass" from McConnell to vote "yes" on witnesses. In a three-paragraph statement that was probably written before the trial even began.

Moments after Collins’ statement, as if it were totally choreographed to try to make her look like the hero, Sen. Lamar Alexander announced that he is a "no" because "there is no need for more evidence to prove something that has already been proven and that does not meet the U.S. Constitution’s high bar for an impeachable offense." He goes on to say essentially, yes Trump definitely did it, but we don't need to impeach him over it.

If, as expected, Sen. Mitt Romney votes for witnesses, that leaves just Sen. Lisa Murkowski as an unknown. She’s said she's thinking on it. That's most likely false, because the main thing has been trying to give Collins cover, and McConnell is not going to allow Chief Justice Roberts being in the position of having to decide whether or not to break a tie.