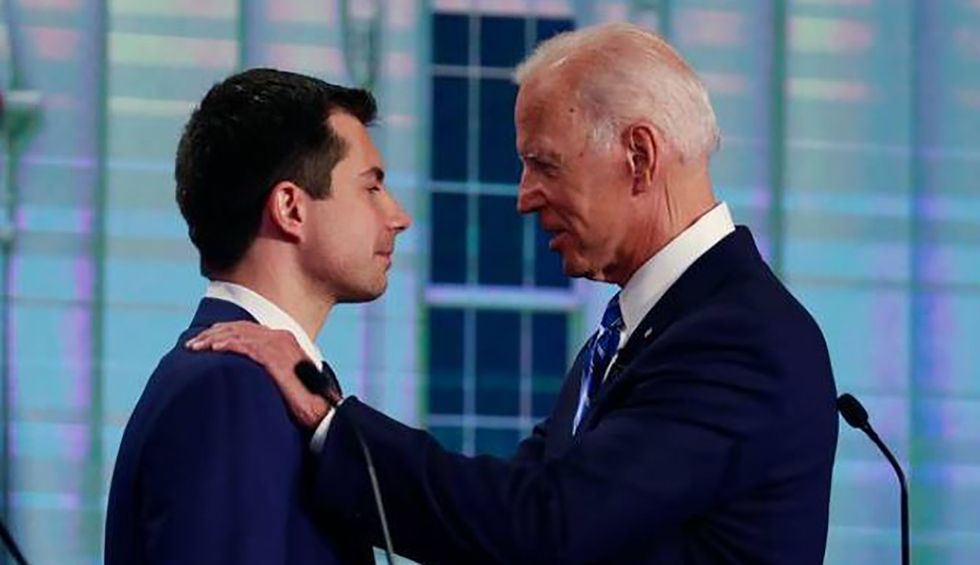 Democrats onstage Tuesday night at the CNN/Des Moines Register debate in Iowa were challenged repeatedly by moderators on the cost of major plans like Sen. Bernie Sanders' Medicare for All—scrutiny that was missing in the first half hour when the questions focused on endless war and a potential attack on Iran.

Questions on costs and how the presidential candidates proposed to pay for their proposals appeared to use an analysis provided to CNN Tuesday by Larry Summers on the cost of the Sanders agenda. The majority of the questions on cost were directed to Sanders and Sen. Elizabeth Warren (D-Mass.).

But those questions only came in the second hour of the debate, and were absent during the discussion on foreign policy.

"None of the candidates who said they support keeping troops in Iraq were asked how they were going to pay for it," tweeted Sanders campaign national organizing director Claire Sandberg.

Policy analyst Dan Riffle was incredulous at the line of questioning.

"They just asked 27 questions about sending troops to the Middle East and preventing Iran from developing nukes and not once asked how they'd pay for it," said Riffle. "But not letting poor people die? Whoa, what's the price tag on that?!"

Social media lit up with commentators and observers from the left taking aim at the difference in approach from the moderators.

Amazing how the moderators didn’t ask how the candidates plan to pay for wars
— Sarah Lazare (@Sarah Lazare) 1579057574.0

"If you didn't ask 'how do you pay for it' when it comes to the disastrous war budget, bank bailouts, or oil company subsidies, you have little to stand on," said Sanders surrogate Nina Turner. "Show the receipts!"