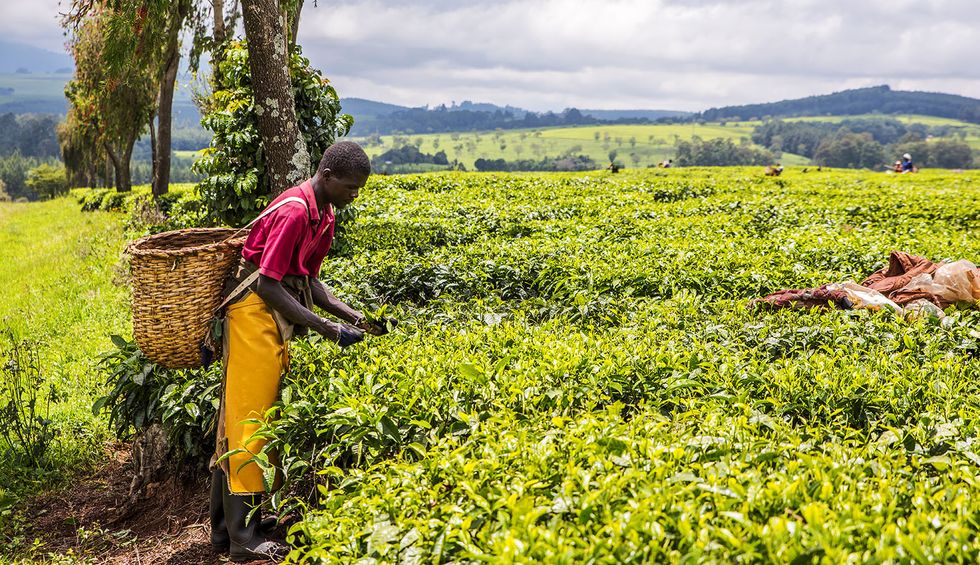 A massive invasion of desert locusts—partly fueled by the climate crisis—seriously threatens food security in already-vulnerable communities across East Africa and has increasingly alarmed United Nations experts in recent weeks.

"The situation remains extremely serious in the Horn of Africa, where it threatens pastures and crops in Ethiopia, Kenya, and Somalia," says a report (pdf) released last week by the Food and Agriculture Organization (FAO). "The current swarms represent an unprecedented threat to food security and livelihoods in the Horn of Africa."

A swarm contains up to 150 million locusts per square kilometers (0.39 square miles) and can devour enough crops in a day to feed 35,000 people, according to FAO, a U.N. agency. Although "ground and aerial control operations continue in Ethiopia and aerial operations started in Kenya in January," the report notes that "insecurity and a lack of national capacity have hampered control operations in Somalia."

"A potentially threatening situation is developing along both sides of the Red Sea, where ongoing breeding is causing locust numbers to increase on the coasts of Egypt, Sudan, Eritrea, Saudi Arabia, and Yemen," FAO warns. "There is a risk that some swarms could appear in northeast Uganda, southeast South Sudan, and southwest Ethiopia."

Ethiopia, Kenya and Somalia are being invaded by enormous swarms of desert locusts - the worst infestations in deca… https://t.co/eIcdqyVCbA
— UN Humanitarian (@UN Humanitarian)1579984440.0

FAO has called for a "massive, border-spanning campaign" to combat the hundreds of millions of locusts and stop them from spreading to other countries, noting that impacted regions in Ethiopia and Somalia haven't seen swarms of this scale in 25 years and that Kenya hasn't faced a threat on this level in 70 years.

The primary method of battling locust swarms is the aerial spraying of pesticides. FAO's "Locust Watch" service explains that "although giant nets, flamethrowers, lasers, and huge vacuums have been proposed in the past, these are not in use for locust control. People and birds often eat locusts but usually not enough to significantly reduce population levels over large areas."

In response to an FAO request of $70 million "to assist with immediate needs in all three countries, including ramping up control operations as well as implementing measures to safeguard rural livelihoods," the U.N. Central Emergency Response Fund (CERF) agreed on Jan. 24 to release $10 million to the agency.

"This devastating locust outbreak is starting to destroy vegetation across East Africa with alarming speed and ferocity," U.N. humanitarian chief Mark Lowcock said in a statement announcing the allocation. "Vulnerable families that were already dealing with food shortages now face the prospect of watching as their crops are destroyed before their eyes."

"We must act now," Lowcock added, confirming that the funds will go toward scaling up aerial operations. "If left unchecked, this outbreak has the potential to spill over into more countries in East Africa with horrendous consequences. A swift and determined response to contain it is essential."

East Africa is experiencing the most serious outbreak of locusts in 25 years, posing an unprecedented threat to foo… https://t.co/oMw9E5Aqpd
— ABC News (@ABC News)1579958276.0

The Associated Press, in a report last week, detailed the climate connection to the regional locust crisis:

Heavy rainfall and warmer temperatures are favorable conditions for locust breeding and in this case the conditions have become "exceptional," he said.

Even now rainfall continues in some parts of the vast region. The greenery that springs up keeps the locusts fueled.

"Countries are trying to prepare but this took them by surprise," Babiker said.

Depending on the breeding conditions, AP reported, the swarms of locusts could continue to imperil East Africa until June. That is bad news for a region that, as George Dvorsky noted at EARTHER Friday, is "still recovering from extreme weather."

"[No] less than eight cyclones formed in the basin last year," he explained. "Mozambique was hit the hardest by Cyclones Idai and Kenneth, which caused widespread flooding. The heavy rains have come after farmers in East Africa deadly with multiple years of drought. That these locusts are now poised to descend upon recovering crops is truly tragic."

Putting the locust invasion into a global context, Dvorsky concluded that "given how 2020 has started, with awful wildfires in Australia and the upsetting Wuhan coronavirus outbreak, a pending crisis of biblical proportions seems unfortunately appropriate."