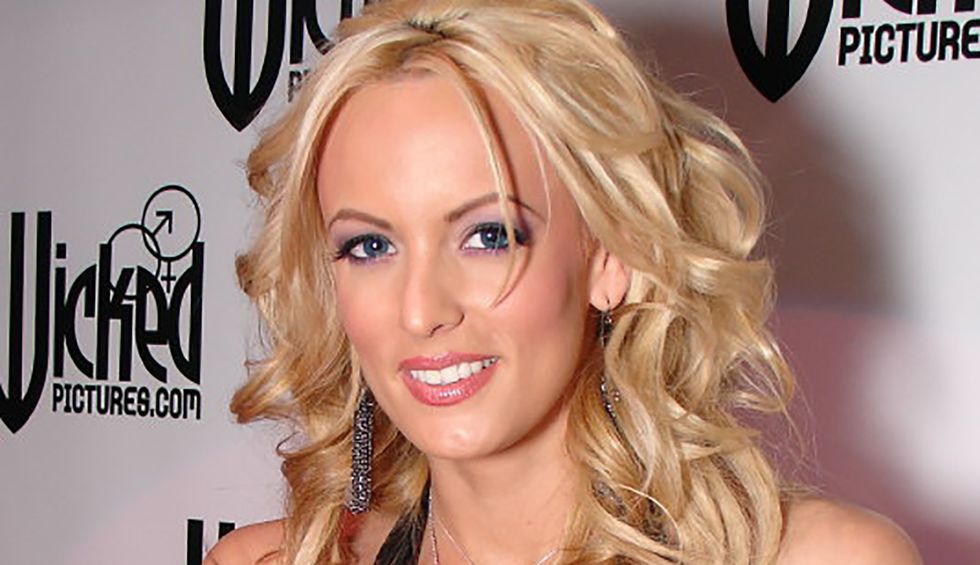 In a deep dive into Donald Trump’s usage of lawyers, go-betweens and loyalists to keep him out of legal and public relations trouble, the Wall Street Journal is reporting that the then-presidential candidate was actively involved in paying off a woman with whom he allegedly had an affair.

In particular, it reveals a conversation between the New York real estate developer and tabloid publisher David Pecker with whom he had a history of manipulating coverage — and burying stories Trump didn’t want to see the light of day.

Pointing out that “Mr. Pecker’s celebrity gossip and personal-lifestyle empire—primarily the tabloid National Enquirer—promoted Mr. Trump’s political aspirations for almost two decades, starting in 1999,” the Journal reports, “Mr. Trump’s reward to his fixers was what he offered all those in his service over the decades: exposure to his world, the chance to play a bit part in his story. These operatives were attracted to Mr. Trump’s aura, to the force of the huge personality that led him to the presidency. But when they had fulfilled their missions, they were dispensable. Mr. Trump didn’t believe he owed his fixers anything.”

According to the report, Trump, along with “fixer” attorney Michael Cohen, who is now serving time, in part, for related campaign finance charges, met with Pecker in “Mr. Trump’s office in August 2015, and Mr. Pecker offered to use the Enquirer—in coordination with Mr. Cohen—to intercept harmful stories and ensure they never surfaced.”

One of those stories that became a “catch and kill” for the Enquirer was being shopped around by former Playmate of the Year Karen McDougal, who claimed she had an affair with Trump.

“On June 27, 2016, after Mr. Trump learned that Ms. McDougal was shopping around her story of an alleged affair with him, he phoned Mr. Pecker. ‘Can you make this go away?’ Mr. Trump asked,” the Journal reports. “Mr. Pecker bought the story for $150,000, under a contract designed to appear as a content pact guaranteeing the model two magazine covers. In return, Ms. McDougal had to keep quiet. Mr. Pecker and his top editor, Dylan Howard, also helped to broker a deal in which Mr. Cohen paid [adult film star] Stormy Daniels $130,000 through a shell company to buy her silence.”

The Journal notes that when they broke the Stormy Daniels story, “Trump called Mr. Cohen—with Melania Trump on the line. ‘Michael, did you really pay $130,000 to Stormy Daniels?’ Mr. Trump asked. ‘Why didn’t you tell me about it?'”

“Mr. Cohen, who later said that he had consulted extensively with Mr. Trump about the payment, picked up the cue. Mr. Cohen said he’d planned to tell him after the election but had thought it safer to keep Mr. Trump out of it. He assumed the first lady saw through the lie,” the Journal adds.

Editor's note: This story has been corrected to reflect the fact that Cohen pleaded guilty to campaign finance crimes related to the hush money payments.