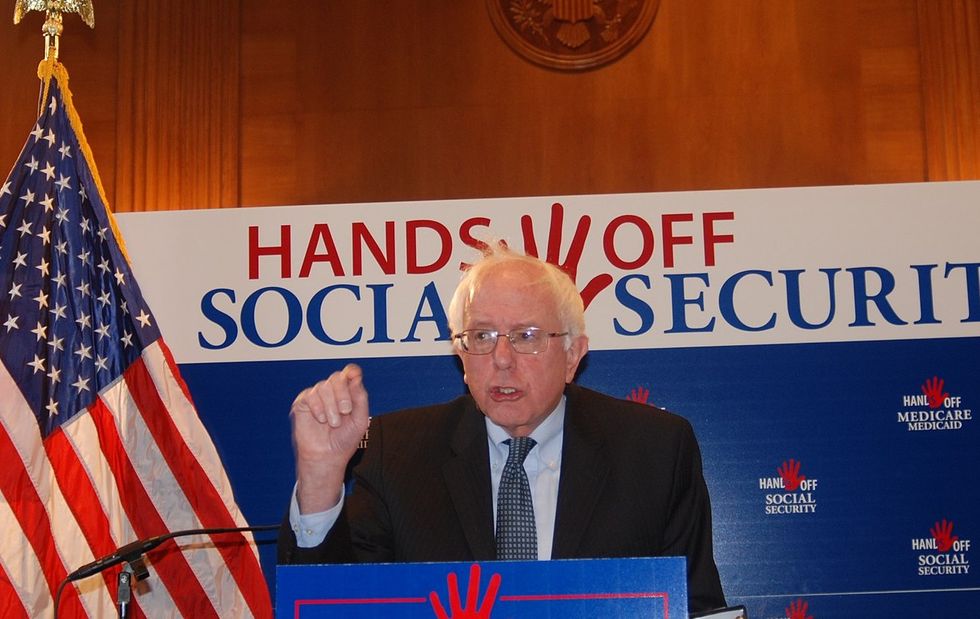 Sen. Bernie Sanders on Wednesday accused President Donald Trump of breaking his repeated 2016 campaign promise to protect Social Security from cuts, pointing to a proposed rule change that could terminate disability benefits for hundreds of thousands of low-income and vulnerable people.

"Trump said he wouldn't cut Social Security. He lied," tweeted Sanders, a 2020 Democratic presidential candidate. "He is working to stop Americans from getting the benefits they paid for and need."

"The Trump administration's cruel attack on Social Security must be stopped—lives are on the line."

In a separate series of tweets Tuesday afternoon, Sanders vowed that if elected president he would immediately reverse Trump's attack on Supplemental Security Income (SSI) and Social Security Disability Insurance (SSDI), programs that serve as lifelines for millions of people who are unable to work due to severe injuries, mental illness, and other ailments.

"Ten thousand Americans died waiting for Social Security Disability Insurance in 2017," Sanders said. "Instead of addressing this crisis, Trump wants to make it harder for people with disabilities to get the help they need to get by. Unacceptable."

"I will reverse this disastrous rule on day one of my presidency," the Vermont senator added. "Together, we will guarantee every person with a disability the right to live in the community with dignity and independence."

The Trump administration's proposed rule would add a new layer of complexity to the already onerous process of receiving SSI and SSDI by subjecting beneficiaries to more frequent "disability reviews," which are aimed at determining whether an individual is still eligible for benefits. As Common Dreams reported last month:

The Trump administration's proposed rule would another category called "Medical Improvement Likely," which would subject beneficiaries to disability reviews every two years.

Critics of the proposal warn that forcing people with disabilities to re-prove their eligibility more frequently could drive hundreds of thousands out of the program.

"There is no justification for this policy," Alex Lawson, executive director of advocacy group Social Security Works, wrote in an op-ed last month. "The United States already has some of the strictest eligibility criteria for disability benefits in the world. More than half of all claims are denied. We should be making it easier for workers to claim the Social Security benefits they've earned with every paycheck, not harder."

HuffPost's Arthur Delaney reported Tuesday that the Trump administration estimated its proposal would "save" $2 billion over a decade. But, Delaney pointed out, the administration has also said "there would be 2.6 million more reviews" under its proposal "at an anticipated cost of $1.8 billion―almost wiping out the $2 billion worth of savings on benefits."

The rule flew under the radar when it was first unveiled in November but has in recent weeks faced growing criticism from lawmakers, progressive activists, and the U.S. public.

The proposal has garnered more than 5,000 public comments with just over a week left before the comment period ends on Jan. 17. Comments can be submitted here.