Before #BlackLivesMatter: The roots of Black digital activism 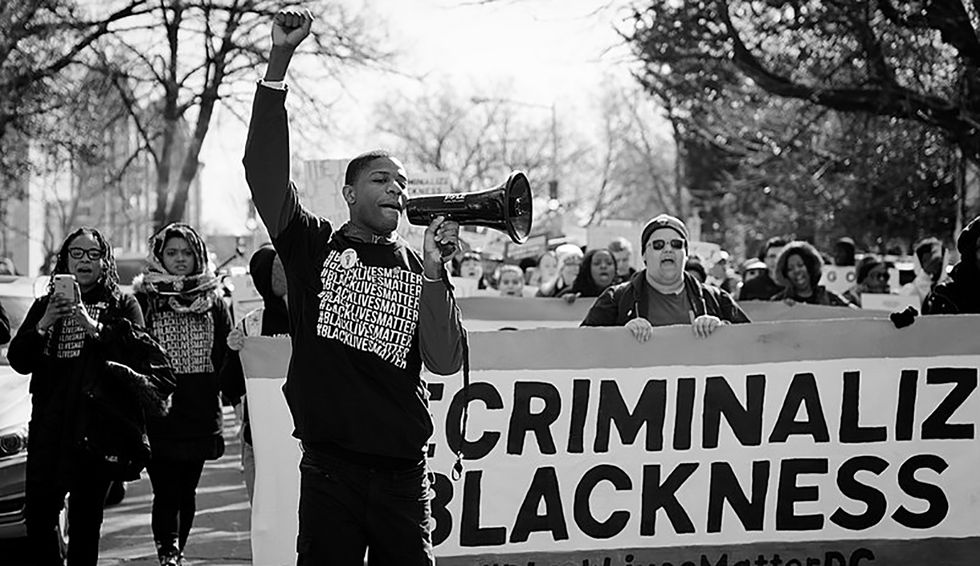 In 2015, two colleagues—Deen Freelon and Meredith Clark—and I set out to better understand how Black Lives Matter emerged. Our report, Beyond the Hashtags, the Online Struggle for Offline Justice, crystalized then-NAACP president Cornell Brooks’ sentiment: “This isn’t your grandparents’ civil rights movement.” Our study showed us that Ferguson, Missouri birthed Black Lives Matter. It told us that Twitter named Michael Brown for the world. Traditional news media outlets were a day late, and when they did arrive, Twitter was their primary source for information. It afforded a 24-hour glimpse into a radical new way of making news, of telling stories—giving unfiltered voice to those whose voices are traditionally unheard, ignored, or silenced.

Trayvon Martin, Renisha McBride, Eric Garner, Mike Brown, Sandra Bland, and many more women and men like them did not become the usual footnotes in the thick annals of Black, violent, drug-ridden thugs the American public would easily dismiss. Legions of citizens armed with cellphone cameras and an internet connection shoved a steel pipe through the cogs driving the American image machine. They flooded the web with images that painted the historically most feared—Black people, and Black men more particularly—as sympathetic victims. Online reporting cast them as victims of police bias, violence, and police militarism run amuck. News media framed Black people as targets of a larger system built, and deliberately designed, to prey on and disadvantage poor people of color at almost every turn.

When we look at today’s racial justice movement’s success, consider this. Movement participants built dense and diverse networks between affiliated activists, journalists, public officials, and mass groups of anonymous strangers to both hijack and resist media influence and power. They produced, and widely distributed compelling, consumable, and usable content across digital space to inform and organize mass audiences. They manipulated algorithms to influence search outcomes. They enhanced public visibility and compelled attention to racial justice causes and actions. They used digital hardware and software to obfuscate state surveillance systems and watch the watchers. They created digital stylistics and protected spaces that produced personal and collective pleasure, instigated conversation and debate, and established community. These compose today’s racial justice movement’s digital toolkit. Mastering these tools has produced the most visible, sustained, and vociferous movement toward racial justice we’ve witnessed in the United States since the 1960s.

But at the same time, it is both inaccurate and disingenuous to reduce today’s movement to those who merely master its digital tools. The people who have widely used and mastered the digital tools that fueled Black Lives Matter and today’s broader racial justice movement reflect and required a prior technical and political socialization. If this is true, then where did today’s digitally revolutionized racial justice movement come from? Who engineered it? What is its signature and what effect has it had on our society? Where will it take us from here?

I wanted to answer these questions. So I began to search. I spoke to several prominent Black Lives Matter activists and organizers. I worked my way back through time and landed in the early 1990s, when the web was born. I spoke to this person and that one. Many of them turned out to know, or know of, one another. Their voices and connections took me even further back in time, to the mid-1970s. In that journey through decades past, I encountered a group of people I call the Vanguard. They were Black folks who, from the mid-1970s through the 1990s, used, built, and developed computing technology, digital networks, and online communities that furthered the interests of Black people throughout the African diaspora.

Suddenly, my questions changed. I no longer contented myself to find the roots of today’s digitally enabled, racial justice activism. The fact that I had myself encountered a whole group of people whom our internet, computing, and media histories had never known—much less remembered—led me to ask a more fundamental question. What is, and has been, Black people’s relationship to the internet and computing technology?

That’s when I discovered a more sobering story. The story should not have been surprising, given America’s racist history. Nonetheless, it was a chilling story to resurrect. That story was laid bare in civil rights, computer industry, higher education institution, and state and federal government archives, and periodicals from a bygone era. The story I found there I call “Black software.”

For me, “Black software” conjures the myriad ways that we mobilize computing technology. Black software refers to the programs we desire and design computers to run. It refers to who designs the program, for what purposes, and what or who becomes its object or data. It refers to how, and how well, the computer performs the tasks for which it was programmed.

In my new book, Black Software: The Internet and Racial Justice, from the AfroNet to Black Lives Matter, I tell two Black software stories. The first unfolds throughout Book One. This is where the Vanguard begins to emerge. They are hobbyists. Entrepreneurs. Digital organizers, evangelists, activists, and knowledge brokers. The Vanguard positioned Black folks, Black content, and Black culture to occupy the leading edge of the internet’s popular social development. Their collective stories begin in the mid-1970s and 1980s and take shape during the advent of personal computing, and the early days of personal computer networking. Their story extends through the world wide web’s birth, and the dotcom boom’s first bust. Their story demonstrates how Black people have taken technology not originally designed with our concerns in mind. It is about Black people using that technology to further our own personal, communal, and political interests.

But Black software is also a story about how computing technology was built and developed to keep Black America docile and in its place—disproportionately disadvantaged, locked up, and marked for death. This is the story that I unravel in Book Two. It speaks to the nefarious ways those in power use computing technology to destroy Black agency by nullifying Black people’s hopes and dreams, aspirations, human potential, and political interests and limiting the heights we are meant to achieve. This story’s shock-waves reverberate and still define our present day.

Book Two begins in 1960, when students at MIT and other Boston-area colleges briefly aided their Black counterparts in the South, who had launched the sit-in movement. This Black software tale tells a story about American presidents, computing industry corporate titans, and the world’s leading science and technology institutions. It is a story about the civil rights revolutionaries who forced White America to its knees, and the computer geeks who ushered in the computer revolution to lift White America back to its feet. It is a story about shadowy figures like those I call the Committeemen.

Black rage flooded America’s streets throughout the 1960s. The Committeemen, at the behest of their government, set America’s founding principles of White supremacy loose to run amuck in new computational systems they designed and built.

In between these two versions of Black software—the kind that positively impacts Black people’s lives, and the kind that destroys them—lies a most significant question, not about recently popularized concepts like computer bias, or fair algorithms, or platform inequality, or digital ethics. No, the question goes to the heart of the matter that these concepts merely skirt around: will our current or future technological tools ever enable us to outrun White supremacy? After all, this is not just our country’s founding principle. It is also the core programming that preceded and animated the birth, development, and first uses of our computational systems.

This excerpt from Black Software: The Internet & Racial Justice, from the AfroNet to Black Lives Matter by Charlton D. McIlwain appears by permission of Oxford University Press.

Charlton D. McIlwain is Vice Provost of Faculty Engagement & Development at New York University, and Professor of Media, Culture, and Communication at NYU's Steinhardt School. He is also the Founder of the Center for Critical Race & Digital Studies, and the co-author of Race Appeal: How Candidates Invoke Race in U.S. Political Campaigns, winner of the 2012 APSA Ralph Bunche Award.