Are Tom Perez and the DNC preparing for a battle against Bernie Sanders and the progressive movement? 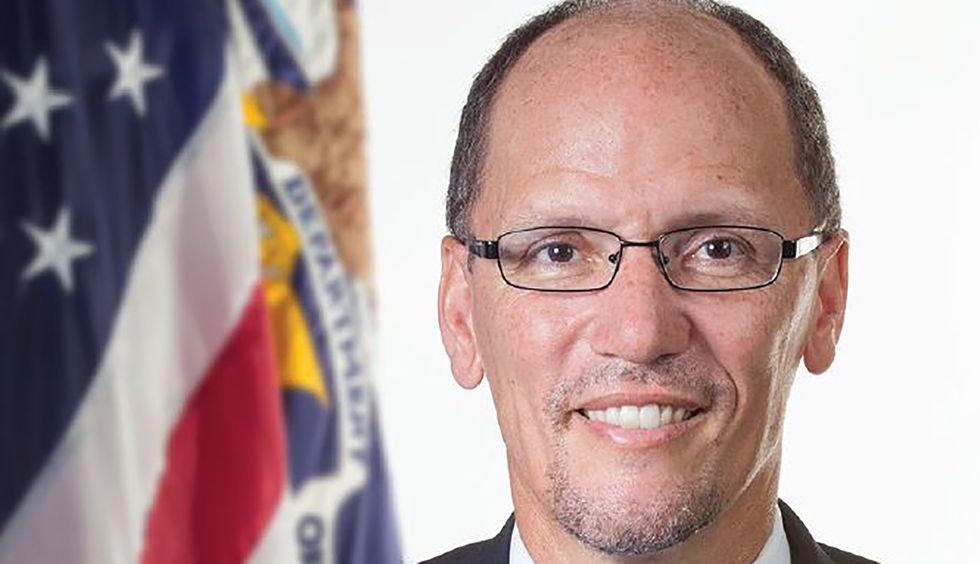 Gosztola's Twitter thread delved into the backgrounds of a number of candidates, including Bakari Sellers, who's nominated to sit on the Platform Committee.

Gosztola wasn't alone in criticizing Sellers's placement on the list.

Seems like a problem that this dude who's spent the last 4 years straight bashing Sanders is one of @TomPerez’s nom… https://t.co/VNqaazT5en
— One of Many Beths (@One of Many Beths) 1580005183.0

Carol Browner was on the list for the Platform Committee as well. Browner, as "a Clinton delegate, during the 2016 Platform Drafting Committee meeting, voted against a ban on fracking, Medicare For All, opposing the Trans-Pacific Partnership (TPP), keeping fossil fuels in ground, and measure to halt abuse of eminent domain by fossil fuel industry," wrote Gosztola.

Frank, as Gosztola pointed out, has argued against the Green New Deal and sits on the board of directors of Signature Bank in New York, which a New York Times report showed "was a go-to lender for President Donald Trump's family, as well as Jared Kushner's family." Frank also penned a 2015 Politico op-ed entitled "Why Progressives Shouldn't Support Bernie."

Even more controversial and dangerous than Barney Frank is John Podesta, also on the Rules Committee, who said in the infamous leaked DNC emails that they needed to make sure Bernie is "ground to a pulp," and asked "where would you stick the knife in?" If this process was even remotely designed to be fair, this man would not be allowed anywhere near this convention.

Another incredibly questionable choice is Alex Padilla, vice-chair of the Platform Committee. Padilla gained notoriety for refusing to count 2 million votes in the 2016 California primary, a move that undeniably favored Clinton and handed a massive disadvantage to the Sanders campaign. He was sued for this.

Win Without War executive director Stephen Miles and Sanders foreign policy advisor Matt Duss suggested the list shows that the DNC is out of touch with its base.

Andrea Germanos is a senior editor and staff writer at Common Dreams.