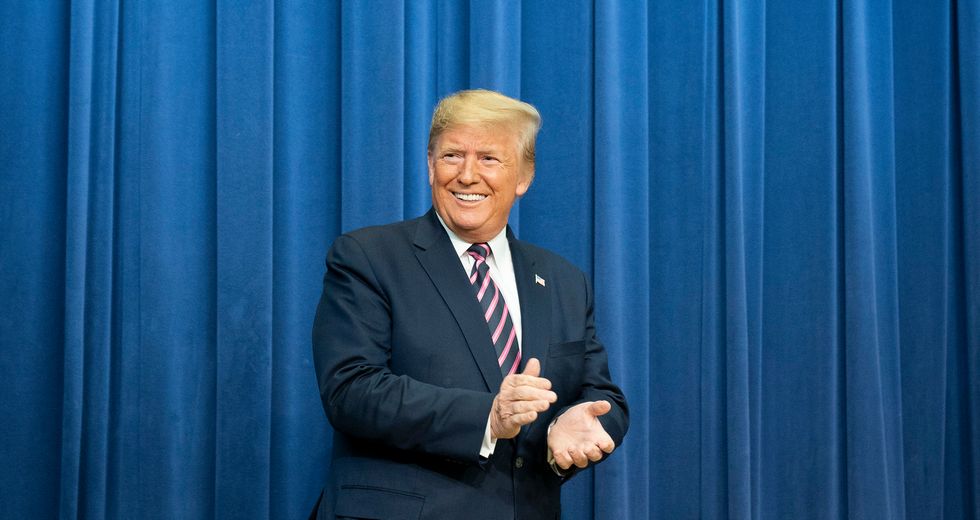 To wrap up the year, right-wing Washington Post Columnist Marc Thiessen penned two columns about President Donald Trump: One explained the 10 best things Trump did in the past year, in Thiessen's view, while the other explained the 10 worst things.

Adding it all up, Thiessen concluded that "this year, the number and seriousness of the president’s substantive mistakes grew. On balance, the good still outweighs the bad in the Trump presidency. But the bad is getting worse."

Previously, he said, his objections to Trump had mainly been about the president's style, rather than the substance of his time in office. So what does someone who still concludes Trump's presidency is on the whole good find concerning about the president?

Thiessen didn't really hold back. He criticized Trump for falsely saying the United States is "full" and doesn't need more immigrants. He called out Trump's repeated anti-semitism, his supportive statements to foreign authoritarians, the failed government shutdown fight, his potentially illegal attempt to secure border wall funding, and his attacking of dead people. And the top three worst things Thiessen listed were Trump's call to get Ukraine to investigate Vice President Joe Biden, his inviting the Taliban to Camp David, and his abandonment of the Kurds in Syria.

So what does Thiessen think makes up for all this? Most significant is the appointment of conservative judges which, if you're a conservative like Thiessen, would unsurprisingly be seen as a good thing. But allocating the credit to the president for this achievement is an obvious error. Senate Majority Leader Mitch McConnell is the person who truly orchestrated the wave of Republican-appointed judges we're now seeing, and the same thing would probably have occurred as long as any Republican won the White House in 2016.

And Thiessen dubiously gave Trump credit for the low unemployment rate in the country, which simply reflects a trend that had been occurring throughout President Barack Obama's terms as the country recovered from the 2008 financial crisis. What's even more bizarre is that, while citing nothing positive Trump has actually done for the economy, Thiessen praised Trump as delivering "for the forgotten Americans." But then, without a hint of irony, he went on to also cheer Trump's efforts to make it harder to get food stamps. For Thiessen and Trump, I suppose, the "forgotten Americans" doesn't include people who need help putting food on their plates.

He also bizarrely praised Trump for standing "with the people of Hong Kong," even though he has likewise backed the authoritarian Chinese government they oppose. Trump did sign a bill of support of Hong Kong, but he seemed forced to do so by Congress, and he repeatedly referred to the protests as "riots."