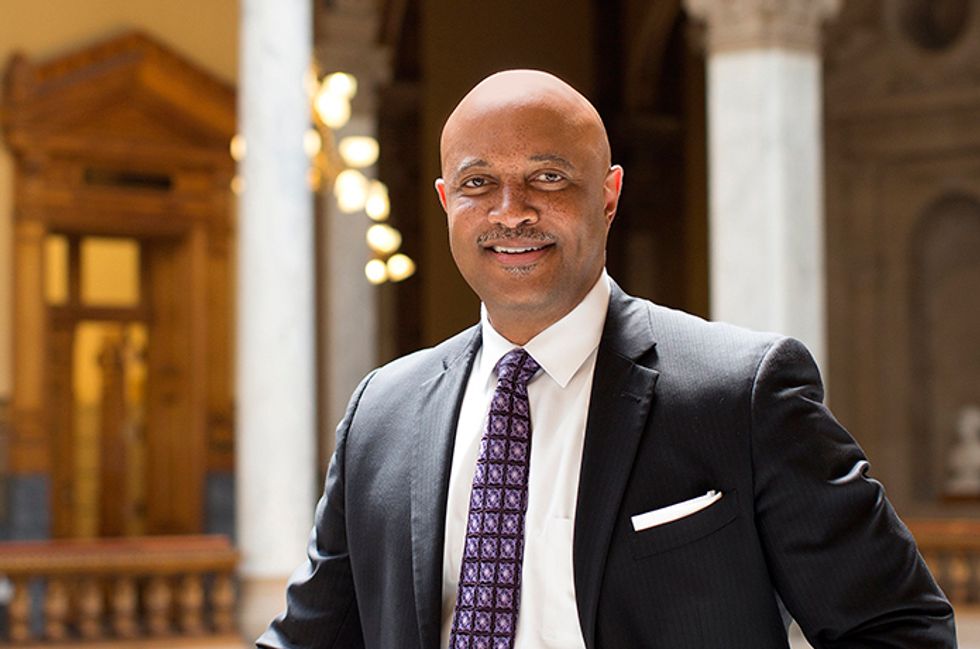 Photo of AG Hill via government of Indiana.
Filter
January 31, 2020

One might think Indiana has better things to do than police marijuana. According to US News and World Reports rankings, the state has the third-worst environmental quality, the 11th worst healthcare system, and the 14th worst roads and highways in the US. Until 2019, more people had been moving away from the state than moving to it for years.

But that’s not the way Republican Attorney General Curtis Hill sees things. He is supporting a bill introduced by Indiana State Senator Mike Young that would permit the AG to take over cases from county prosecutors when he believes there is a general declination policy for a certain charge—even when it’s a case of “don’t ask, don’t tell.”

The legislation is reportedly a reaction to new Marion County (Indianapolis) Prosecutor Ryan Mears’ declaration that he will no longer prosecute marijuana possession cases. Such a sweeping law would be the first in the nation, with prior attempts to rein in prosecutors being limited to specific cases and counties (like Philadelphia’s gun cases).

According to AG Hill’s spokeswoman Parvani Stover, his support is a result of a more general reaction to announced non-prosecution policies by chief local prosecutors around the country, like Rachael Rollins in Boston and Chesa Boudin in San Francisco. National pushback against reform prosecutors has recently been embodied by US Attorney General William Barr’s new presidential criminal justice commission and its woeful composition.

The Indiana Prosecuting Attorneys Association (IPAA) is one of the most conservative in the nation, and that says a lot. It published a shocking letter back in 2017, declaring “ both medicinal and recreational marijuana legalization are wrong for Indiana” and that medical marijuana is, in their profoundly non-medical opinions, “not medicine.”

But even the IPAA is not standing for this attack on its legal mandate to utilize prosecutorial discretion, according to WIBC reporter Eric Berman. In an argument at the Indiana Senate’s Corrections and Criminal Law Committee hearing on January 28, the IPAA described discretion as “essential” to carrying out its duties. In this instance, the IPAA seems to be prioritizing principle over its political persuasions.

In contrast, after Aramis Ayala, the chief prosecutor of Orlando, Florida, announced in 2017 that she would never seek the death penalty, the Florida Prosecuting Attorneys Association (FPAA) showed its willingness to get decidedly wishy-washy regarding uses of prosecutorial discretion that its members happen to dislike. (In fact, the association’s chief lobbyist Buddy Jacobs, who narrowly avoided white collar crime convictions twice, was so desperate to swiftly decry Ayala’s move that he plagiarized a private defense attorney’s blog in writing a friend-of-the-court brief to the Florida Supreme Court on the issue.)

People who keep track of legislative assaults on prosecutorial discretion should not be surprised if Indiana’s bill passes anyway, however. Attorney General Hill remains an influential and hyperconservative presence in Indiana’s state government (despite being credibly accused of sexually assaulting several women at the height of the #MeToo movement). The bill passed the aforementioned Committee by a 6-3 vote, with only one Republican joining the Democrats in dissent.

If the bill does indeed become law, law professors and criminal justice scholars ought to track how the Attorney General uses this newfound power. Giving the AG the ability to snatch cases away from local court systems on the mere suspicion of a non-declination policy, especially given the dearth of charging decision data from virtually every single county prosecutor office nationwide, would be a worrying departure.