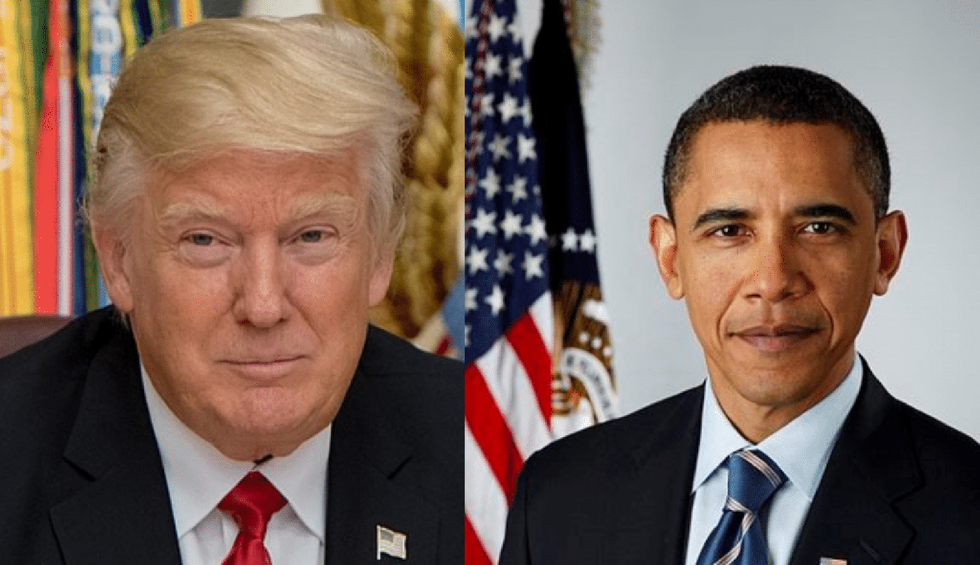 Journalists were astonished when President Donald Trump took verbal shots at President Obama (without naming him) in a speech intended to deescalate a conflict with Iran on January 8, 2020. In that kind of international crisis, U.S. presidents ordinarily encourage a united American front. Yet Trump’s remarks had a disuniting effect. He presented a sharply negative judgment about Obama’s leadership. Trump criticized Obama’s “very defective” and “foolish Iran nuclear deal.” He claimed missiles fired by Iran at bases housing U.S. troops were financed “with funds made available by the last administration.” The statement implied that blood would be on Obama’s hands if Americans died in the bombings. Journalists said it was quite unusual for a president to lash out at his predecessor when delivering an important foreign policy message that needed broad public support.

The journalists should not have been surprised. Trump has publicly berated Barack Obama on numerous occasions. While Trump’s dislike of Obama is complex and multifaceted, his behavior at the 2011 White House Correspondents’ Dinner may reveal an important source of the hostility.

At the time of that event Donald Trump maintained that Barack Obama had not been born in the United States and therefore was ineligible to be president of the United States. When President Obama stepped up to deliver a humorous monologue at the April 11 dinner, he saw an opportunity to poke fun at the champion of this false claim. Referring to rumors that Donald Trump might run for president someday, Obama pointed to Trump’s limited leadership experience as TV host of Celebrity Apprentice. Then Obama referred to recently published documentation confirming his U.S. birth. Now that the birther claim was put to rest, Obama teased, Trump could focus on “issues that matter -- like, did we fake the moon landing?” Comedian Seth Meyers piled on. “Donald Trump has been saying he will run for president as a Republican,” noted Meyers, “which is surprising, since I just assumed he was running as a joke.”

Commentators in the national media interpreted the situation as a public humiliation. They observed that Trump appeared angry and did not smile. When asked about the event later, Trump scolded Meyers for being “too nasty, out of order” but said he enjoyed the attention. From that time on, though, Trump’s references to Obama became more contemptuous. Trump made several statements in 2011 claiming President Obama might attack Iran in order to boost his chances in the next presidential election.

A suggestion that President Trump’s contempt for Barack Obama played a role in America’s recent troubles with Iran is, of course, a matter of speculation. We cannot be sure that contempt for Barack Obama affected President Trump’s decision-making on key policy matters. But there is context for considering the idea. Throughout his presidential campaign and years in the White House, Donald Trump has delivered numerous verbal beatings to supposed villains.

Just about anyone who criticizes Trump publicly becomes a target. The president has ridiculed Hillary Clinton, Adam Schiff, and Nancy Pelosi. Heroic and much-admired individuals received the president’s wrath, as well, including Senator John McCain, aviator and POW in the Vietnam War, and Khizr Khan, whose son, a U.S. soldier in Iraq, died protecting his men from a suicide bomber. Even the 16-year old climate activist Greta Thunberg received insults. Thunberg’s offense?  Staring down President Trump at a UN meeting on climate. Donald Trump has expressed scorn towards numerous people, but no public figure has been as consistent a mark for contempt as former president Barack Obama.

Trump’s long record of criticizing Barack Obama seems to reveal deep-seated enmity. Ordinarily, U.S. presidents do not speak much about their predecessors, but when they do, the references tend to be positive. Trump refers to Obama often and in a disparaging way. CNN analyst Daniel Dale calculated that Trump mentioned Obama’s name 537 times in the first 10 months of 2019. “For whatever reason,” observed Fernando Cruz, who served both Obama and Trump at the National Security Council, “President Trump has fixated on President Obama, and I think that he views President Obama as a metric he has to beat.” Peter Nicholas, who covers the White House for Atlantic, said “a guiding principle of Trump’s White House has been, simply: ‘If Obama did it, undo it.’”

The most notable attack on Obama’s legacy in international affairs came in May 2018 when President Trump began pulling the U.S. out of the nuclear accord with Iran. Trump ignored advice from members of his national security team who supported the agreement. The accord had been working. Iranians complied with its terms, placing nuclear programs on hold in return for a promise of reduced sanctions. President Trump blasted the accord as “the worst deal ever.” His actions led Iran to reinstate nuclear development. In a brief time, Trump managed to smash an effective security arrangement that also had backing from the UK, Russia, France, China and Germany.

The reasons for Donald Trump’s major decisions appear shrouded in mystery. Why did President Trump try to obliterate Obamacare but offer no well-conceived substitute? Why did he abandon the Iran nuclear deal but offer no alternative that foreign policy experts considered effective? Perhaps Trump’s rejection of these and other important measures did not reflect disagreement about policy details. Maybe Trump objected to them because they symbolized goals and accomplishments of Barack Obama.

There can be no certainty about the emotional impact of Donald Trump’s unpleasant experience at the White House Correspondents’ Dinner on April 11, 2011. Suggestions about a connection must remain speculative. Not even well-trained psychologists or psychiatrists can provide definitive judgments about the significance. Nevertheless, Donald Trump’s lengthy and extensive record of negative comments about his predecessor is so unusual that connections to the event of 2011 deserve study.