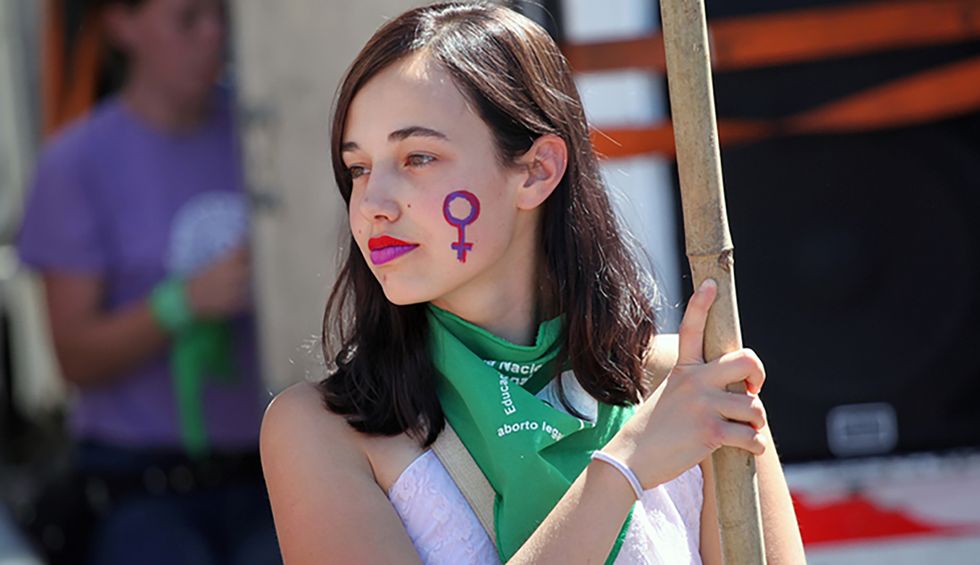 By Edgar Walters, The Texas Tribune

"Three Texas towns vote in favor of "sanctuary cities for the unborn," hoping to ban abortion" was first published by The Texas Tribune, a nonprofit, nonpartisan media organization that informs Texans — and engages with them — about public policy, politics, government and statewide issues.

Three Texas towns recently voted in favor of anti-abortion ordinances, extending the reach of a campaign to create “sanctuary cities for the unborn” across the state.

The city councils of Big Spring and Colorado City — with populations around 28,000 and 4,000, respectively — voted Tuesday for a version of the controversial ordinance, which started popping up in small towns in East Texas last year. The ordinance aims to outlaw abortion if the U.S. Supreme Court makes it possible to do so. It also grants family members of women who have abortions the ability to sue the provider for emotional distress.

Big Spring’s vote was tentative; a majority of City Council members will need to vote once more in favor of the ordinance for it to pass. Colorado City’s vote, which also banned the sale of emergency contraception such as Plan B, was final, making it the eighth local government with such an ordinance in effect, according to the anti-abortion group pushing them. The East Texas town of Rusk approved a similar ordinance last week.

The ordinances are of contested legality and enforceability. The American Civil Liberties Union has said it is investigating a possible lawsuit seeking to strike them down. Three towns — Mineral Wells, Omaha and Jacksboro — have voted down similar ordinances or walked them back under advice from city attorneys.

But that hasn’t discouraged Mark Lee Dickson, the traveling anti-abortion activist who hopes to galvanize a statewide movement and perhaps provoke a lawsuit that could change abortion law nationwide.

“We have every intention of targeting every part of the state,” said Dickson, who said he is traveling to Levelland this week in hopes of persuading the town west of Lubbock to adopt a similar ordinance. “Every city, no matter what size, is valuable.”

Abortion rights advocates say the local ordinances are dangerous and intentionally confusing because they may lead people to believe, falsely, that abortion is illegal.

"This extreme proposal is a tactic for abortion opponents to score political points and mislead Texans about their rights," said Kamyon Conner, executive director of the Texas Equal Access Fund, which helps low-income women afford abortion. "Access to reproductive care and abortion allows individuals and families to receive the support needed to thrive in our state."

The strategy of bringing the abortion fight to the local level has divided even the staunchest anti-abortion activists. Some groups, including the Texas Alliance for Life, have warned against taking an inflammatory approach that is unlikely to survive a legal contest and could set the anti-abortion movement back in court.

Most provisions of the ordinance would not take effect unless the U.S. Supreme Court issues a new opinion on the legality of abortion. Specifically, the high court would need to overrule its 1973 decision in Roe v. Wade, a case that originated in Texas and led to the legalization of abortion nationwide by nullifying state laws that banned the procedure.

And the court would need to reverse its 1992 decision in Planned Parenthood v. Casey, which allowed states to enact abortion restrictions only if they do not place an “undue burden” on a woman seeking to terminate her pregnancy.

But the ordinances, which do not make exceptions for rape or incest, immediately allow “any surviving relative of the aborted unborn child” to sue a person in civil court for performing an abortion within the towns where they were passed. In some towns, a person could also be sued for transporting a woman to an abortion clinic or helping pay for the procedure, though local officials have said that language is largely symbolic and would be difficult to enforce.

None of the “sanctuary cities for the unborn” is home to an abortion clinic, and the number of clinics in Texas has plummeted in recent years thanks to increasing restrictions on abortion rights imposed by the Texas Legislature.

This article originally appeared in The Texas Tribune at https://www.texastribune.org/2020/01/15/three-more-texans-towns-try-ban-abortion/.