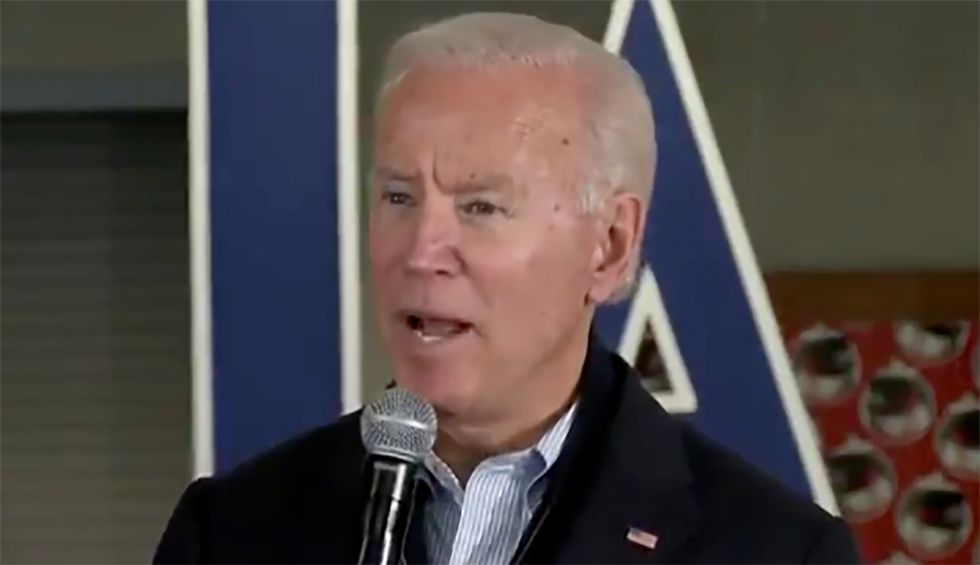 As House Democrats move closer to indicting President Donald Trump on articles of impeachment, many Trump supporters continue to insist that Trump did nothing wrong when, on July 25, he tried to pressure Ukrainian President Volodymyr Zelensky to investigate former Vice President Joe Biden and his son, Hunter Biden. Moreover, some impeachment critics still claim that an investigation of the Bidens’ activities in Ukraine is warranted. The Bidens’ connection to Ukraine was brought up this week by a man at a Joe Biden campaign event in Iowa — and the former vice president and U.S. senator from Delaware wasted no time calling him out.

The man, in an accusatory tone, told Joe Biden, “You sent your son over there to get a job and work for a gas company. He had no experience with gas or nothing…. You’re selling access to the president just like he was.”

The former vice president shot back, “You’re a damn liar, man. That’s not true. And no one has ever said that.”

The Iowa man continued, “I see it on the TV” — to which Biden responded, “You see it on the TV…. By the way, that’s why I’m not sedentary. I get up…. You want to check my shape, man — let’s do pushups together here, man. Let’s run.”