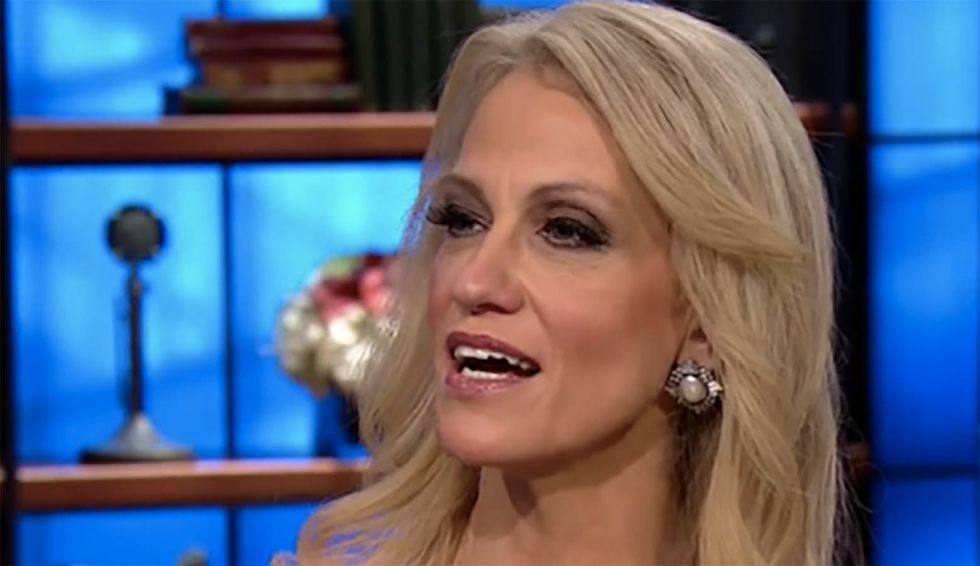 It’s no secret that GOP strategist Kellyanne Conway, a senior adviser to President Donald Trump, and her husband, right-wing attorney George Conway, have radically different views on Trump’s presidency: Kellyanne is one of Trump’s most strident defenders, while George believes he has been terrible for the conservative movement. And the Conways’ different views were illustrated this week by some tweets pertaining to Trump and former Vice President Joe Biden.

Kellyanne used some humorous comments from Biden to bash the Democratic presidential candidate. In response to Biden’s reference to “hairy legs that turn blonde in the sun,” Kellyanne tweeted, “Sleepy Joe is Creepy Joe. We need Ukraine’s help to defeat THIS guy?” And GC, replying to his wife’s tweet, posted, “Your boss apparently thought so.”

Although short and to-the-point, George’s tweet said a lot: the attorney was obviously referencing the fact that Trump, during a July 25 phone conservation, tried to bully Ukrainian President Volodymyr Zelensky into investigating Biden and his son, Hunter Biden — an act so egregious that House Speaker Nancy Pelosi went from being the most prominent impeachment skeptic on Capitol Hill to favoring an impeachment inquiry. George agrees with Pelosi and has been applauding the inquiry, while Kellyanne considers it a partisan witch hunt and insists that Trump has done nothing wrong.

Twitter users have been quick to weigh in on the Conways’ Twitter posts. @DHerb422 tweeted, “I’m just waiting on the Kellyanne blow up cus her significant other quote tweeted her boss, while @theautismdad wondered, “What does this mean? Trouble in the Conway house? I don't know what to do with this.. Let see if she replies.”

@AFewGoodRamen posted, “I don’t understand this couple’s dynamics. Are they divorced? Is this a reality show?” And @13tbig 15h15 wrote, “What a time to be alive. I thought the weirdest thing was me liking almost every tweets from a conservative lawyer because I too, believe in the rule of law. And now here I am hoping George’s wedding is going OK. Wth is wrong with me.”