Will the Democratic presidential nomination be bought by the oligarchs? The wealthiest people are putting their big thumbs on the scale 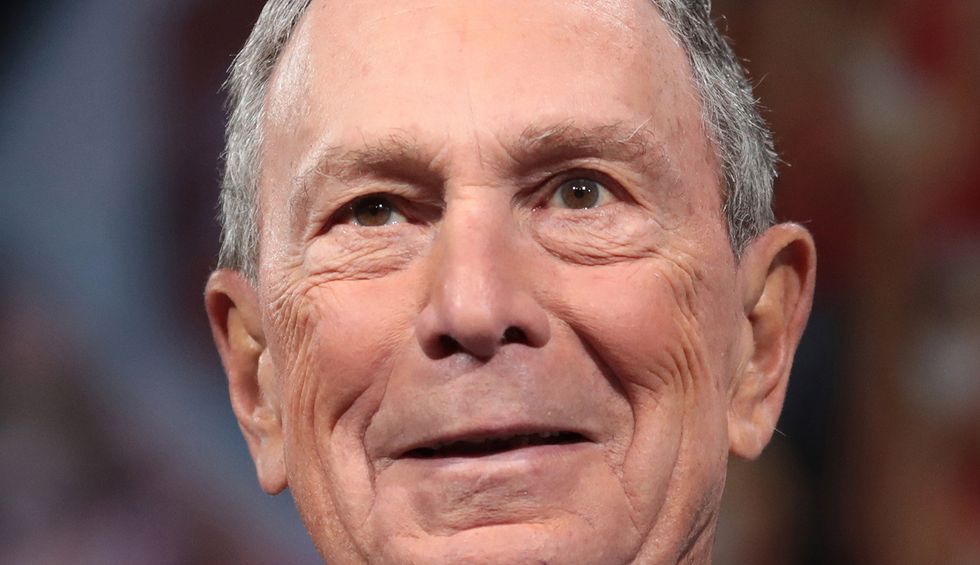 From three different vectors, the oligarchy is on the march to capture the Democratic presidential nomination. Pete Buttigieg has made big gains. A timeworn ally of corporate power, Joe Biden, is on a campaign for his last hurrah. And Michael Bloomberg is swooping down from plutocratic heights.

Those three men are a team of rivals—each fiercely competitive for an individual triumph, yet arrayed against common ideological foes named Bernie Sanders and Elizabeth Warren.

The obvious differences between Buttigieg, Biden and Bloomberg are apt to distract from their underlying political similarities. Fundamentally, they’re all aligned with the nation’s economic power structure—two as corporate servants, one as a corporate master.

For Buttigieg, the gaps between current rhetoric and career realities are now gaping. On Tuesday, hours after the collapse of the “nondisclosure agreement” that had concealed key information about his work for McKinsey & Company, the New York Times concluded that “the most politically troubling element of his client list” might be what he did a dozen years ago for Blue Cross Blue Shield of Michigan—“a health care firm that at the time was in the process of reducing its work force.”

The newspaper reported that “his work appeared to come at about the same time the insurer announced that it would cut up to 1,000 jobs—or nearly 10 percent of its work force—and request rate increases.”

This year, Buttigieg’s vaguely progressive rhetoric has become more and more unreliable, most notably with his U-turn away from supporting Medicare for All. Meanwhile, wealthy donors have flocked to him. Forbes reports that 39 billionaires have donated to the Buttigieg campaign, thus providing ultra-elite seals of approval. (Meanwhile, Biden has 44 billionaire donors and Warren has six. Forbes couldn’t find any billionaires who’ve donated to Sanders; he did receive one contribution from a billionaire’s spouse—though that donation was later returned.)

Not surprisingly, the political orientations of the leading candidates match up with the spread of average donations. The latest figures reflect candidates’ proximity to the class interests of donors, with wealthier ones naturally tending to give more sizable amounts. Nearly two-thirds (64.9 percent) of Biden’s donations were upwards of $200 each, while such donations accounted for a bit more than half (52.5 percent) of the contributions to Buttigieg. Compare those numbers to 29.6 percent for Elizabeth Warren and 24.9 percent for Bernie Sanders.

Buttigieg’s affinity for corporate Democrats—and how it tracks with his donor base—should get a lot more critical scrutiny. For example, Washington Post reporter David Weigel tweeted in early November: “Asked Buttigieg if he agreed w Pelosi that PAYGO should stay in place if a Dem wins. ‘We might want to look at a modification to the rules, but the philosophical premise, I think, does need to be there... we've got to be able to balance the revenue of what we're proposing.’”

But the entire “philosophical premise” of PAYGO amounts to a straightjacket for constraining progressive options. To support it is to endorse the ongoing grip of corporate power on the Democratic Party. As Buttigieg surely knows, PAYGO—requiring budget cuts to offset any spending increases—is a beloved cause for the farthest-right congressional Democrats. The 26 House members of the corporatist Blue Dog Coalition continue to be enthralled with PAYGO.

In sharp contrast to Sanders and Warren, who refuse to do high-dollar fundraising events, Biden routinely speaks at private gatherings where wealthy admirers donate large sums. His campaign outreach consists largely of making beelines to audiences of extraordinarily rich people around the country—as if to underscore his declaration in May 2018 that “I don’t think 500 billionaires are the reason why we're in trouble... The folks at the top aren’t bad guys.”

One of those folks who presumably isn’t a “bad guy” is Bloomberg, who—with an estimated net worth of $54 billion—has chosen to pursue a presidential quest by spending an astronomical amount of money on advertisements. Writing for The Nation magazine this week, Jeet Heer aptly noted that Bloomberg “is utterly devoid of charisma, has no real organic base in the Democratic Party, and is a viable candidate only because he’s filthy rich and is willing to inundate the race by opening up his nearly limitless money pit.”

More powerfully than any words, Bloomberg’s brandishing of vast amounts of ad dollars is conveying his belief that enormous wealth is an entitlement to rule. The former New York mayor’s campaign is now an extreme effort to buy the presidency. Yet what he’s doing tracks with more standard assumptions about the legitimacy of allowing very rich people to dominate the political process.

Earlier this week, Bernie Sanders’ campaign manager Faiz Shakir summed up the BBB approach this way: “Today, Joe Biden’s super PAC went on the air with a massive television ad buy. Mike Bloomberg is blanketing the airwaves almost everywhere with the largest ad buy in primary history. And Pete Buttigieg is taking time off the trail for a trio of private, high-dollar fundraisers in New York City.”

Thanks to grassroots low-dollar donations, Warren and Sanders (whom I support) have been able to shatter the corrupt paradigm that gave presidential campaign dominance to candidates bankrolled by the rich. That’s why Bloomberg has stepped in to save oligarchy from democracy.

As Frederick Douglass said with timeless truth, “Power concedes nothing without a demand. It never did and it never will.” Continual denunciations of anti-democratic power are necessary and insufficient. It’s far from enough to assert endlessly that the system is rigged and always will be.

Power concedes nothing. Fatalism is a poison that gets us nowhere. Constant organizing—outside and inside the electoral arena—is the antidote to powerlessness.

With the 2020 Democratic presidential nomination up for grabs, this chance will not come again.