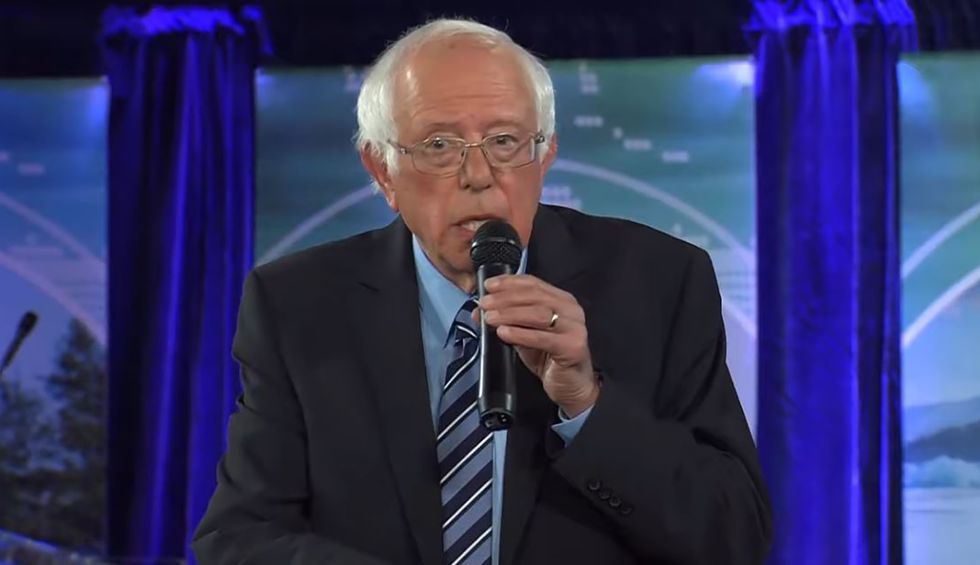 If the media was informed by the public interest the continuing economic slide of working-class Americans, thanks to health care costs, would dominate the news. One would think with the Trump impeachment drama on holiday hiatus as Moscow Mitch plots to counter Speaker Pelosi’s gambit, the actual struggle of America’s families might get some daylight.

But because our national news prism is in the clutches of the corporate news media, which feeds off ad revenue from Big Pharma and the health care industry, that story won’t surface — even though the greed and corruption in both sectors is economically eating Americans alive and putting their actual lives in jeopardy.

Right now, the most underreported of all economic stories is that the anemic wage gains posted by American workers have been entirely devoured, and then some, by the Trump era’s spike in health care premiums and drug costs.

And the "code blue" headline is that a record number of Americans, according to the Gallup Poll, are opting to put off treatment for a serious medical condition because of the anticipated cost.

While corporatist Democrats like former Vice President Joe Biden describe Barack Obama’s Affordable Care Act as a solid foundation, the reality is that both the health insurance  and drug industries experienced a huge windfall with its passage. They continue to benefit from the ACA to this day, claiming a higher and higher percentage of Americans' household income, and driving us deeper into debt.

It's worth noting that would reflect the sector of employer-provided health care programs that centrist Democrats like Biden, Pete Buttigieg and Amy Klobuchar maintain Americans love so much.

The Kaiser survey provides a uniquely detailed analysis and is based on more than 2,000 interviews with public and private firms. It reported that annual premiums for employer-sponsored health care plans reached $20,576 this year, an increase of 5%, "with workers on average paying $6,015 toward the cost of their coverage."

The ever upward march of premiums is not the only way consumers are being devoured by an industry whose entire model is to take as much money from consumers as possible and pay out as little as they possibly can.

Almost all workers in these plans not only share in the premium cost but have to absorb an annual deductible. That too has increased rapidly, Kaiser reports, by 36% over the last five years and a remarkable 100% over the last 10 years.

In a study published in May of this year in the Journal of General Internal Medicine, researchers concluded that 137 million Americans struggled with medical debt. Adults under 65 (and hence not eligible for Medicare) without health insurance fared the worst. “With trends towards higher patient cost-sharing and increasing health care costs, risks of hardship may increase in the future,” the study concluded.

Nowhere is this crushing hardship more manifest than in the stratospheric spike in drug costs.

“Altogether, the researchers estimate that MS drugs cost the Medicare program $4.4 billion in 2016 — up from $397 million a decade earlier. Patients' annual share of the cost soared from $19 million to almost $150 million,” US News and World Report reported.

This year the New York Times reported that Americans borrowed $88 billion in 2018 to cover health care costs. What ACA apologists won’t tell you is that even after passage of that landmark legislation, health care costs have continued to drive an estimated 530,000 people every year into bankruptcy. In fact, medical expenses are the leading cause of U.S. bankruptcies.

Another study in the American Journal of Public Health in 2018 underlined the fact that our current health care system is actually a major driver of the nation’s wealth gap and income disparity, one that helps push millions of families into poverty.

The question is not whether we can afford universal health care, or exactly what mechanism will best deliver. It's how long we can afford not to, and how high the price of waiting will be.