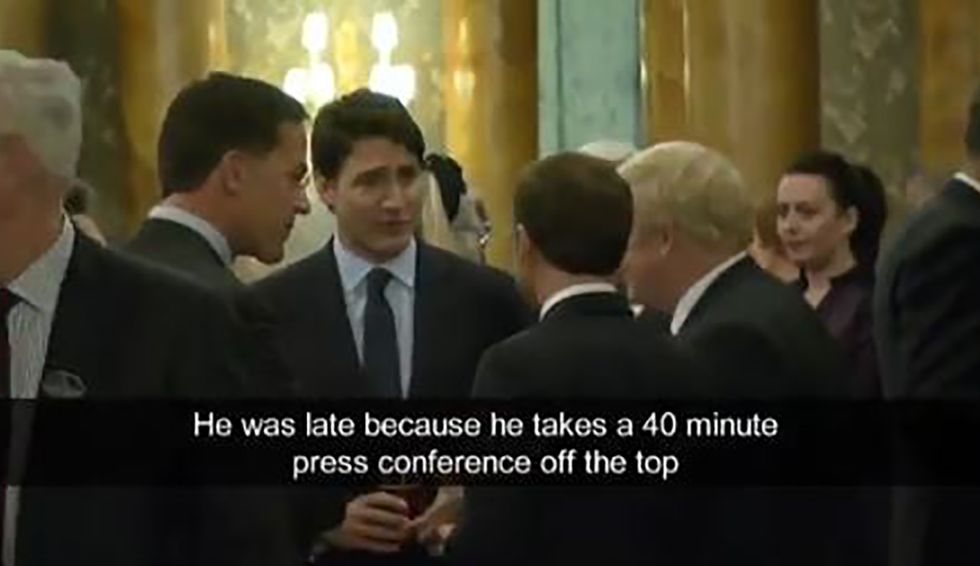 A group of world leaders were caught on camera mocking President Donald Trump at a NATO reception at Buckingham Palace Tuesday evening. Among them, French President Emmanuel Macron, Canadian Prime Minister Justin Trudeau, and U.K. Prime Minister Boris Johnson. At times Trump has bragged about having a great relationship with all three, and frequently erroneously claims, “America is respected again.”

The short clip, posted by the Canadian Broadcasting Corporation (CBC) to Twitter, shows Prime Minister Johnson asking, “Is that why you were late?”

“He was late because he takes a 40 minute press conference off the top,” Prime Minister Trudeau says.

Trudeau was not finished chastising the American president.

“You just watched his team’s jaws drop to the floor,” Trudeau told his peers, apparently referring to President Trump’s staff’s responses to his press conference in which he attacked House Democrats while on foreign soil.

Earlier in the day Trump had trash-talked both Canada and France in front of reporters.