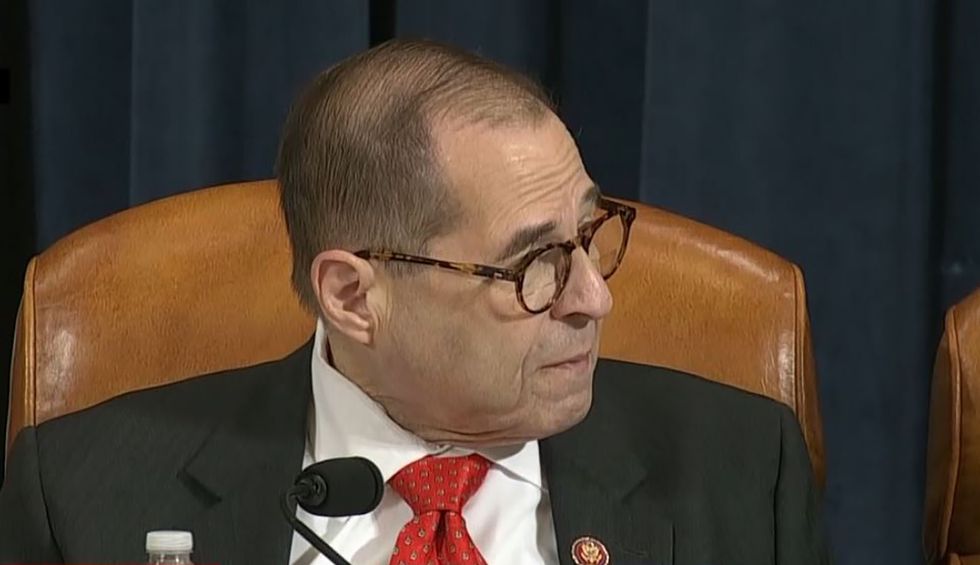 Thursday’s impeachment hearings in the House of Representatives got off to a contentious fight after Rep. Jerry Nadler denied House Republicans’ request to delay the hearing until minority members of the House Judiciary Committee get to hold their own separate hearing.

In responding to the GOP’s request, Nadler ran down the history of minority hearings and explained that they have never been used as a delay tactic for impeachment proceedings.

Nadler then recounted times when Rep. Jim Sensenbrenner (R-WI) agreed to schedule a minority hearing for Democrats 14 years ago — only to completely sabotage it shortly after.

“In 2005, then-chairman Sensenbrenner scheduled the minority day hearing, but cut off witnesses, shut off the microphones, shut off the lights and abruptly ended the hearing while members were seeking recognition to speak,” he said. “No one in the then-majority argued in favor of protecting our rights. There is no precedent supporting the gentleman’s point of order. I do not sustain the point of order.”

Republicans on the House Judiciary Committee refused to accept Nadler’s rationale, however, and forced a roll call vote to table their motion.