Trump's words come back to haunt him as Syria accuses the U.S. of 'stealing' oil 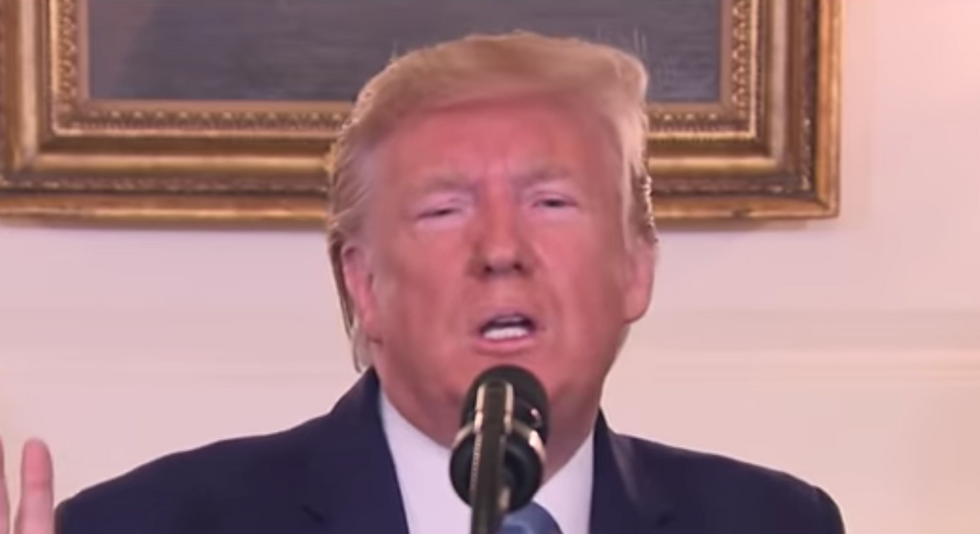 Citing U.S. President Donald Trump's openly stated plan to maintain a troop presence in Syria with the sole purpose of plundering the country's oil reserves, a top Syrian government official said America has "absolutely no right" to the nation's natural resources and warned of "popular opposition and operations" against foreign occupiers.

"It is our oil," Bouthaina Shaaban, a political and media adviser to Syrian President Bashar al-Assad, told NBC News in an interview Tuesday.

"He's talking about stealing it," Shaaban said of Trump. "Our land should be totally and completely liberated from foreign occupiers, whether they are terrorists, or the Turks, or the Americans."

In early October, Trump abruptly ordered the withdrawal of U.S. troops from northeastern Syria, paving the way for a deadly Turkish assault on Kurdish forces in the region. Later that same month, Trump announced that a contingent of U.S. troops would remain in Syria to "secure the oil"—a plan critics decried as a flagrant violation of international law and a war crime.

"The oil is, you know, so valuable," Trump said at the time. "It can help us, because we should be able to take some also. And what I intend to do, perhaps, is make a deal with an ExxonMobil or one of our great companies to go in there and do it properly...and spread out the wealth."

As Common Dreams reported last month, Pentagon officials have asserted the authority to shoot any Syrian government official who attempts to retake control of their nation's natural resources.

"Everyone in the region knows where American forces are," Pentagon spokesperson Jonathan Hoffman said in a November press briefing. "We're very clear with anyone in the region in working to deconflict where our forces are. If anyone—we work to ensure that... no one approaches or has—shows hostile intent to our forces, and if they do, our commanders maintain the right of self-defense."