Trump's highest crime: Why Democrats should impeach the president for treason 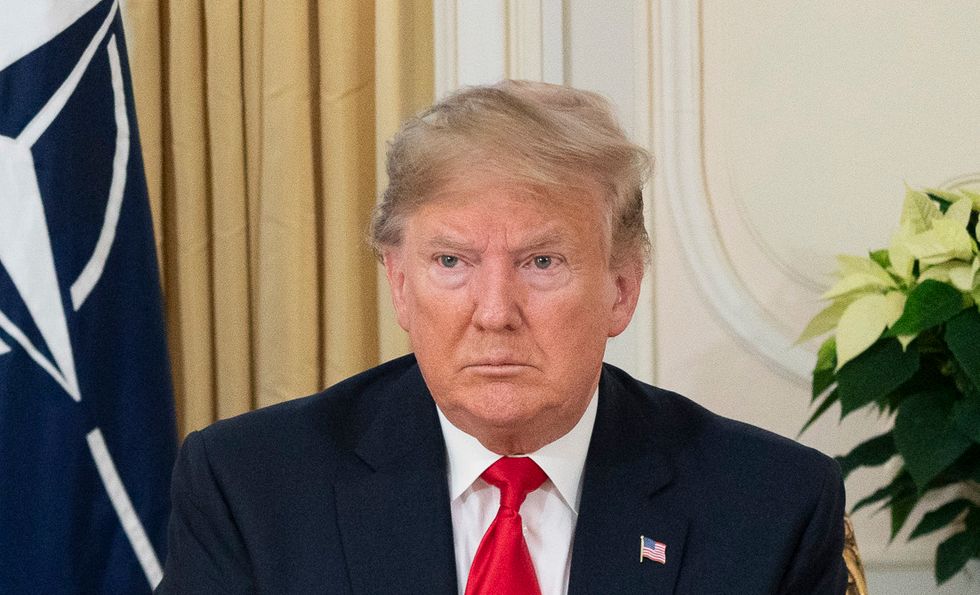 The House Intelligence Committee's impeachment report is narrowly focused on Ukraine, though Adam Schiff has not ruled out impeachment for matters beyond that. The report makes no mention of treason, but it’s Donald Trump’s most serious offense. Trump's behavior meets the definition of treason in Article III of the Constitution: "adhering to...Enemies [and] giving them aid and comfort."

Withdrawing troops from Syria is an example of Trump giving aid and comfort to US enemies in exchange for a personal financial benefit. It gave Turkish President Erdogan what he’s always wanted: a chance to annihilate the Kurds. Meeting Erdogan at the White House only added insult to injury.  Although Turkey is a US ally, Trump's actions gave predictable aid and comfort to other countries which are our enemies.

For Trump, the withdrawal must be viewed in light of his business ties with Turkey, including Trump Towers in Istanbul. The Trump Organization was paid up to $10 million to put Trump’s name on the two buildings. Erdogan attended the opening ceremony in 2012. The Dogan family in Turkey invested $400 million in the towers. Turkish officials have patronized Trump properties more than officials from any other country. Three lawsuits allege Trump’s personal businesses in Turkey influenced his foreign policy.

Trump’s decision gave aid and comfort to Russia. Russian and Syrian troops quickly occupied territory the US vacated.  It has enabled Putin to supplant US influence in the Middle East and handed him control over America’s most important interests there: the security of Israel and the global flow of oil. Putin was quick to visit Saudi Arabia and Abu Dhabi to assure them he would help maintain a stable oil market. The final settlement of Syria’s civil war will be orchestrated by Russia and will extend Putin’s influence in the region.

The withdrawal also advanced Putin’s long-held goal of weakening NATO. Erdogan enlisted Putin’s help in pushing the Kurds out of Syria, which drove Turkey closer to Russia. That weakened an already-strained relationship between NATO and Turkey -- a key member whose crucial military contribution had deterred Russian aggression. Putin may now be tempted to venture into NATO allies on Russia’s border. Would it surprise anyone if Trump acquiesced?

To Putin’s delight, the withdrawal decision and the arbitrary process that led to it further diminished the credibility and trust of the US, which Trump had already damaged. Trump ignored briefing papers and didn’t read National Security Council talking points on the dangers of a power vacuum in the Middle East. No NSC briefing or prepared talking points informed Trump’s call with Erdogan, in which Trump greenlighted Turkey’s incursion into Syria.

Such decisions by Trump are gifts to Putin.  What can explain them other than Trump’s extensive financial interests in Russia? For decades he pursued building Trump Tower in Moscow and sold nearly $100 million worth of apartments to Russian oligarchs. Trump Jr. boasted that "Russians make up a … disproportionate cross-section of … our assets," and “We don’t rely on American banks; we have all the funding we need out of Russia” (which he later denied saying). Testimony before Congress suggests Trump’s money-losing golf courses laundered money for the Russian mafia.

The withdrawal aided Assad in reclaiming more territory in a few days than it took years to reclaim. And it gave the Kurds no choice but to make a deal brokered by Russia to join Assad in protecting Rojava.

Trump’s withdrawal also gave aid and comfort to ISIS, enabling more than 100 of their fighters to escape detention camps once guarded by the Kurds. It also facilitates Iran’s supply lines to Hezbollah – helping another US foe. And the Taliban may renew their aggression in Afghanistan, believing Trump would do there what he did in Syria.

Withdrawal from Syria was not the first time personal financial gain has influenced Trump’s foreign policy. Against bipartisan opposition, Trump lifted the ban on sales of American parts to ZTE, a Chinese telecom company suspected of stealing data, spying and carrying out cyberattacks against the US.  Around that time, China awarded Ivanka Trump twelve Chinese trademarks and loaned $500 million to a resort featuring Trump-branded properties. Despite bipartisan condemnation, Trump refused to punish Saudi Arabia and its Crown Prince for the murder of journalist Jamal Khashoggi, and vetoed Congress’s block of an $8 billion arms sale to the Saudis. He bragged in 2015 that the Saudis spend “$40… $50 million ...” on his businesses.

Although the Constitution gives the president the authority to determine foreign policy, that authority must be exercised for the good of the country, not for the president’s personal financial or political gain. Trump’s tailoring of foreign policy, therefore, was not authorized by the Constitution, doesn’t justify giving aid and comfort to our enemies, and cannot be a defense to treason.

The failure of Congress to rein Trump in has exposed a political system with unprecedented vulnerability to impulsive, uninformed and self-serving deal-making committed in plain sight. Consequently, loss of trust in the United States will be long-term and outlast Trump’s presidency. Removing him from office is therefore essential, and the only way to restore the trust that he has destroyed.