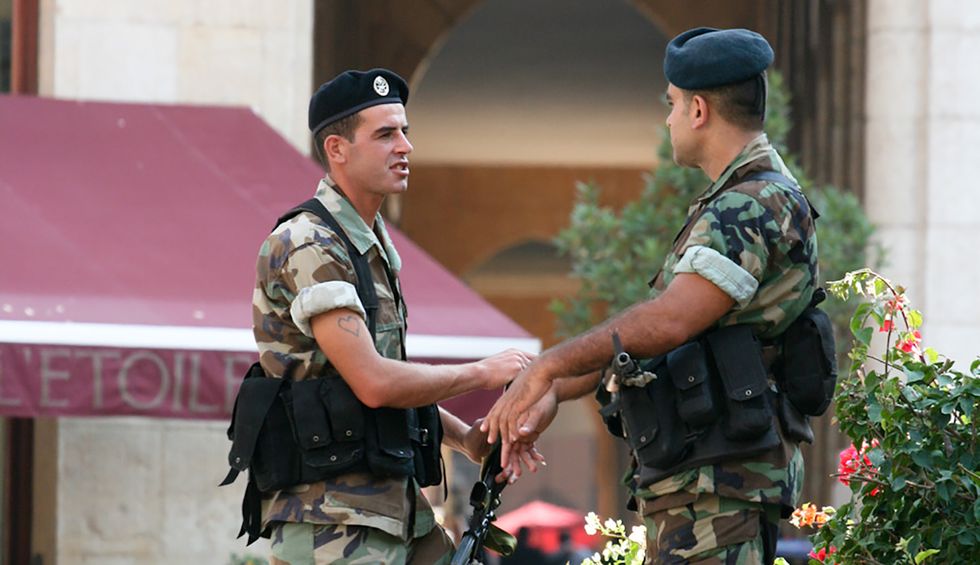 In their scattershot defense of Donald Trump during the first round of impeachment hearings, Republicans seemed determined to prove that withholding military assistance from an ally fighting off a Russian invasion was no big whoop. Sure, it’s illegal. But Trump was doing the same thing to other places as well, so it’s not like he was singling Ukraine out for more misery than he was distributing elsewhere.

In the process of making a defense that involved the admission of multiple illegal actions, Republicans drew attention to some of those other places where Trump was unaccountably hanging struggling forces out to dry while they waited for assistance that was on hold for no announced reason. Among those places was Lebanon, where Congress had authorized $105 million to assist the Lebanese Armed Forces in reducing the role of Hezbollah and pushing back against growing threats of Russian invasion.

Trump suspended that assistance without giving any reason for doing so. Two members of the Office of Management and Budget resigned in October after being told that they could not forward vital assistance while not being provided any reason for action that seemed both arbitrary and, once again, not permitted by the legislation that authorized those funds. Assistance to Lebanon was apparently blocked in June, at around the same time Trump put a hold on assistance to Ukraine.

But after the block on assistance to Lebanon gained significant public visibility in the week before Thanksgiving, Trump has now released the hold. Again, without giving a reason.

The New York Times reports that analysts warned that the freeze on assistance was potentially providing both Iran and Russia “an opening to exert greater influence.” It was also opening the possibility that both ISIS and al-Qaida could turn Lebanon into a new center for their operations. However, right-wing media has attacked the military assistance from the beginning by ignoring the fact that the LAF is working to reduce the influence of Hezbollah and presenting the whole package as if it is funding for Hezbollah—and then arguing that the assistance is an attack on Israel.

After the hold became visible, Republicans in the Senate attempted to post-justify the action by proposing a new bill that would give Trump the responsibility for determining whether the LAF was doing enough to fight Hezbollah. But that’s not what’s in the existing legislation.

In a July 23 email, a State Department official exchanged concerns with the Pentagon about the holds on assistance to both Ukraine and Lebanon, and that this was a violation of the norms for how military assistance was handled. That was also the same day that the freeze on assistance to Ukraine was discussed in an OMB meeting. No justification was provided for either hold.

That meeting came two days before Trump’s phone call to Ukrainian President Volodymyr Zelensky. As Department of Defense official Laura Cooper testified at the impeachment hearings, Ukrainian officials were certainly aware of the hold on assistance in July.

Trump lifted the freeze on assistance to Ukraine only after the White House became aware of the whistleblower complaint and after the Congress had launched an investigation into the hold.