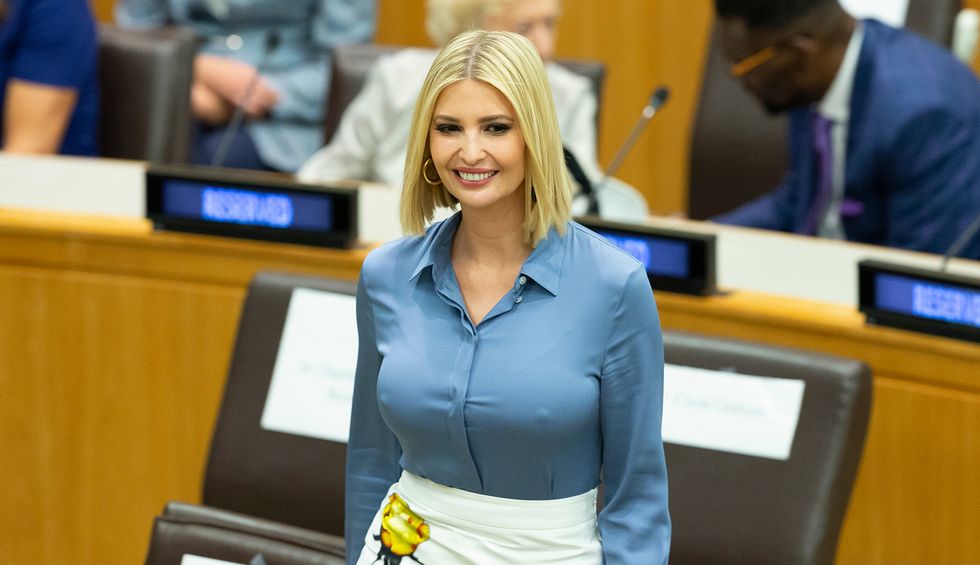 President Donald Trump's official in charge of Medicare and Medicaid, Seema Verma, came under fire after Politico reported Saturday that she submitted a $47,000 claim for reimbursement on the taxpayers' dime for stolen, uninsured items items.

The bulk of the claim—for which the Department of Health and Human Services (HHS) ultimately reimbursed her $2,852.40—was for roughly $43,000 worth of jewelry. Among the roughly two dozen pieces was an Ivanka Trump brand pendant whose estimated value was $5,900, according to documents obtained by Politico. A $325 claim for moisturizer was also among the items included.

The theft reportedly took place in July of 2018 in San Francisco when Verma's luggage was stolen from a rented SUV as she delivered a speech in which she bashed Medicare for All and the Affordable Care Act.

An HHS spokesperson told Politico that submitting a claim while on work travel "is not an unusual practice for federal employees," though items "inherently" for non-work uses would not be covered.

"Staff were unaware of a federal health employee previously filing a claim as large as $47,000," the news outlet added.

The attempt at reimbursement for the apparent luxury items from an official who's repeatedly attacked the key safety net programs drew condemnation from former head of the Office of Government Ethics Walter Shaub.

"Verma is worried about wasting government money on 'unnecessary' medical care for poor people, but she wants the government to reimburse her for $47,000 worth of jewels and clothes she took on a government trip," Shaub tweeted Sunday.

The guy who keeps talking about how he's draining The Swamp is going to be so angry when he hears that the presiden… https://t.co/m4zp8qJmZi
— Robert Maguire (@Robert Maguire) 1575767382.0

During the July 2018 speech at the Commonwealth Club, Verma said, "Medicare for all would become Medicare for none" and suggested it would be "bad health policy" to have a single-payer healthcare system that covered everyone in the country at a lower cost.

Verma left no room for doubt about her opinions of switching away for the current for-profit system four months later when she called Medicare for All "a bad idea" and "scary."

And Verma followed up with similar attacks this year. As Common Dreams reported, she said in April, contrary to a number of studies, that Medicare for All proposals such as Sen. Bernie Sanders's would mean worse health outcomes at a higher cost for Americans. In an op-ed published last week at Fox Business, she called Medicare for All a "foolish" plan that would "ruin the program for everyone."

More recent reporting on Verma has focused on the supposed "bad blood" between her and HHS Secretary Alex Azar, and her hiring of Trump allies as consultants, to the tune of $2.5 million, in order to boost her image.