Trump is considering a boycott of the 2020 presidential debates: report 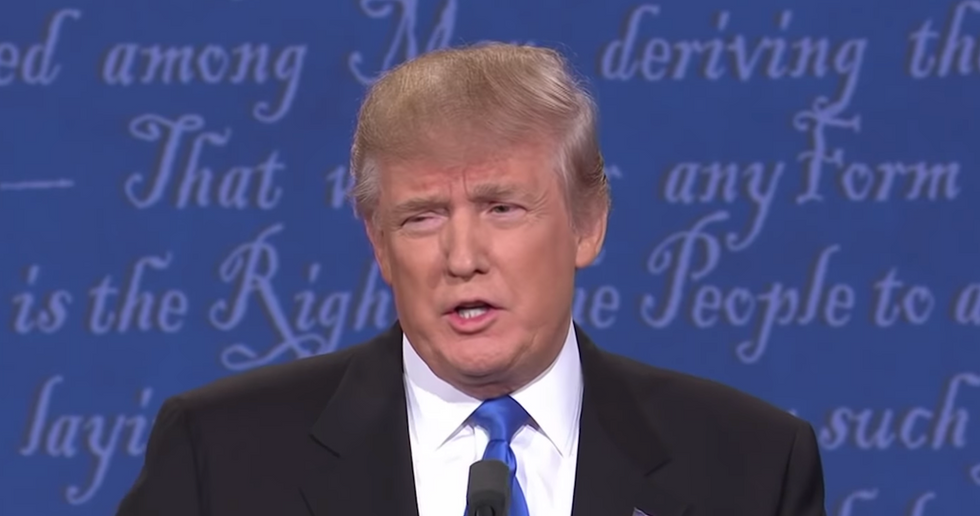 President Donald Trump is considering whether he will skip the general election debates in 2020 over concerns that the commission overseeing the broadcasts will be unfair to him, The New York Times reports.

Trump is discussing the possibility of not showing up to the debates against whomever ends up being his Democratic rival, according to the report. He has told aides that he “does not trust” the Commission on Presidential Debates, the nonpartisan organization which sponsors the debates.

Advisers told The Times that Trump is less concerned with whom he will debate than with whom the moderators will be. When asked about the plan during a campaign briefing, a senior Trump adviser “seemed to wince at the question," telling the outlet that it was not something they would discuss until next year.

Trump repeatedly complained about the debates in 2016 after Democratic rival Hillary Clinton received a bump in the polls after each of their three debates.

Part of Trump’s issue with the debate commission is a faulty microphone, which he complained about after one of the debates.

“I won EVERY debate,” Trump claimed on Twitter, even though polls showed him losing badly in all three, “despite the fact that in the first debate, they modulated the sound on me, and got caught.”

Trump suggested that he was given a “defective” microphone “on purpose” to put him at a disadvantage. The debate commission acknowledged that an audio issue affected his microphone levels, but The Times notes that the statement “never mollified Mr. Trump.”

Trump attorney Rudy Giuliani, who led his 2016 debate team, also quarreled with the commission after Trump tried to seat women who accused former President Bill Clinton of sexual assault and harassment in his VIP box at the second debate. Trump’s team ultimately relented after the commission threatened to have security remove the women.

Former Clinton adviser Philippe Reines suggested that the report about Trump’s reluctance to attend the debates was his way of trying to negotiate the number of debates down from three to just one.

“Not doing any would not be strategically smart,” he told The Times, predicting that Trump would “bluff that he won’t do any with the goal of only having to do one.”

Trump repeatedly complained about the debates and debate moderators during the 2016 campaign. He accused the commission of working with Clinton and the Democrats to try to “rig the debates” by airing them on the same nights as NFL games.

During the second debate in St. Louis, Trump accused moderators Martha Raddatz and Anderson Cooper of being biased.

“It’s one-on-three here,” he complained. “Why don’t you interrupt her?” he shouted during another moment. “You interrupt me all the time.”

Trump also criticized NBC anchor Lester Holt for asking “unfair questions” during another debate and claimed that the anchor was a “Democrat” even though he is a registered Republican.

Trump later refused to show up to a subsequent Fox News Republican debate, instead holding a fundraiser for veterans in Iowa. Trump was later forced to shut down his charity and pay out millions to nonprofits after a New York attorney general investigation found that he lied about the veterans fundraiser and engaged in “a shocking pattern of illegality.”