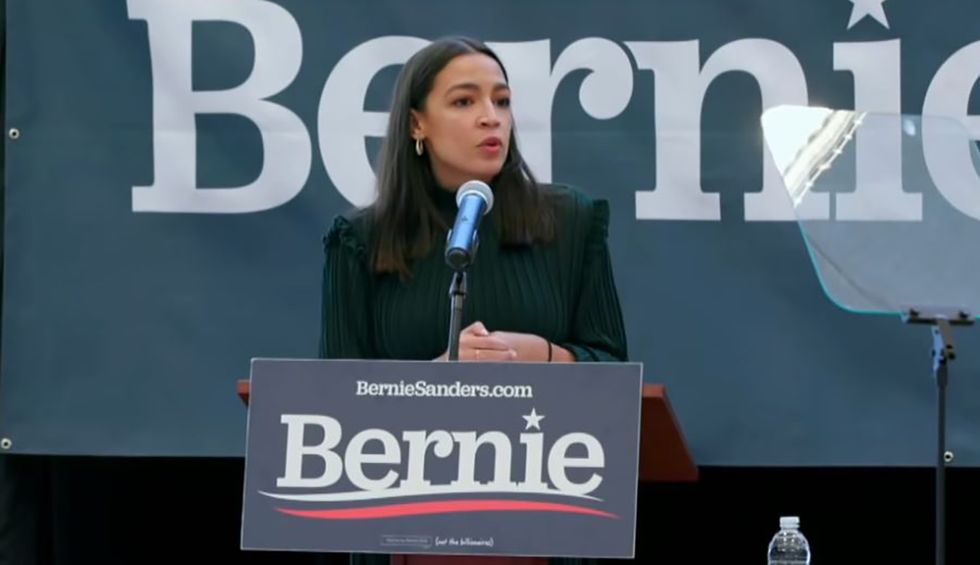 Rep. Alexandria Ocasio-Cortez said in a Spanish-only interview with Noticias Telemundo Sunday that President Donald Trump's hostility toward her was based in his fear of strong women and racism.

"He has a track record," said Ocasio-Cortez of the president in her comments to Noticias Telemundo. "He is afraid of strong women, of Latino women, he is unethical."

Ocasio-Cortez was in Las Vegas Sunday to lead a Spanish-language town hall for the 2020 Democratic presidential campaign of Sen. Bernie Sanders.

The New York Democrat delivered remarks to the crowd at the "Unidos Con Bernie Reunión Política" and was followed by a panel of Sanders staff and supporters who answered questions and discussed the Sanders campaign.

In the leadup to the event, Ocasio-Cortez expressed some hesitation due to the rustiness of her Spanish.

"I'm nervous for this all-Spanish town hall," she tweeted, "but I also know that the only way I'm going to improve my Spanish is by practicing it!"

Sanders regularly enjoys high favorability numbers and support from the Latin community in polls, leading New York Magazine writer Ed Kilgore on December 5 to refer to the demographic block as the senator's "secret weapon" in the 2020 campaign.

In her interview with Noticias Telemundo, Ocasio-Cortez referred to her volunteering for the Sanders campaign in 2016.

"I was a community organizer in the Bronx for Senator Sanders during the last presidential campaign," said Ocasio-Cortez. That was my first experience organizing right there in the street for an election."

"It was an experience that I will never forget," she added. "It was an important part of my experience when I decided to run for Congress."