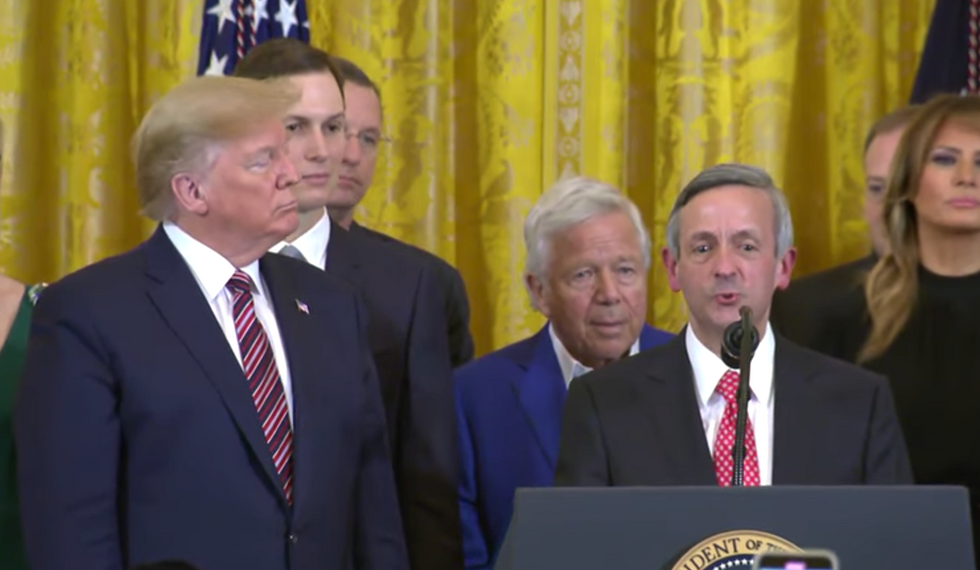 As The New York Times has documented, Jeffress indeed believes Jews will not be saved from eternal damnation.

Jeffress sits on President Donald Trump’s Evangelical Advisory Board and is a member of his White House Faith Initiative.

On Wednesday Trump introduced Jeffress as someone who talks “really great about me.”

Also present during Wednesday’s event were Trump defender, attorney Alan Dershowitz, New England Patriots owner Robert Craft, who was arrested earlier this year on a solicitation charge, and John Hagee, a pastor who has called Hitler a “half breed Jew” and a “hunter” who was fulfilling God’s will.

Here is the full video of today’s event.