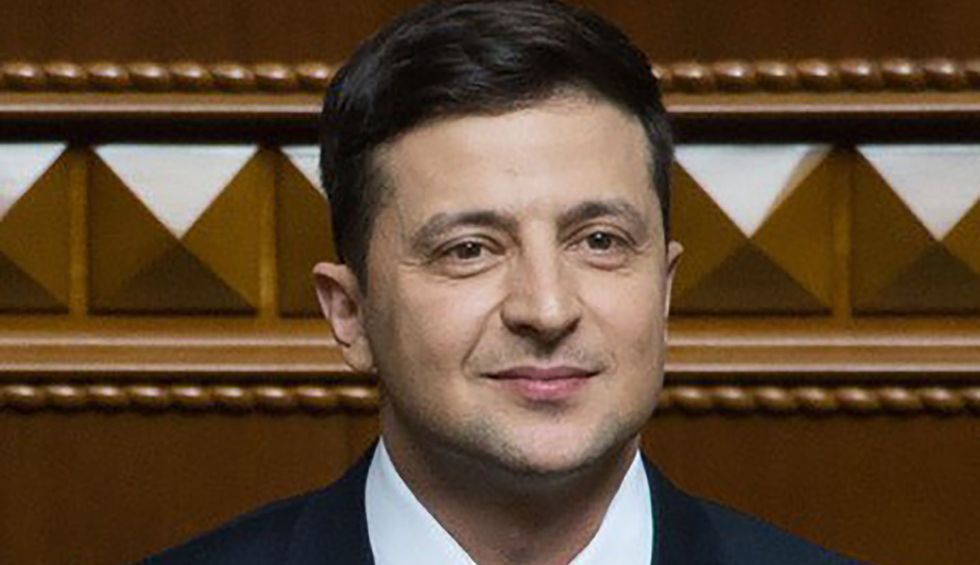 President Donald Trump told reporters in London Tuesday that "legal scholars"—who Trump did not name—examined transcripts of his two phone conversations with Ukraine's leader and concluded they were "absolutely perfect calls," a story that was immediately ridiculed by academics and critics.

"You'll see there was absolutely nothing done wrong," Trump said during a meeting with NATO Secretary General Jens Stoltenberg. "They had legal scholars looking at the transcripts the other day and they said, 'These are absolutely perfect. Trump is right when he uses the word.'"

President Donald Trump: "I had legal scholars looking at the transcripts the other day and they said 'these are abs… https://t.co/zfPdfufYNs
— Bobby Lewis (@Bobby Lewis) 1575374626.0

Joyce White Vance, a University of Alabama law professor and MSNBC contributor, urged reporters to "make Trump identify the legal scholars who reviewed the transcripts (plural!) and said they were 'absolutely perfect.'"

"Then those scholars should be interviewed," said Vance. "But I feel certain they don't exist."

"Yeah, that's not how legal scholars talk. I'm just gonna go out on a limb and say he thinks that Jeannine Pirro is a legal scholar," tweeted Yaver, referring to the host of the Fox News show "Judge Jeanine."

Ok, show of hands, "legal scholars": Which of you told Trump that his conduct w/Zalensky was "absolutely perfect"?… https://t.co/dJXhzb2rAW
— Marty Lederman (@Marty Lederman) 1575377553.0

Trump's remarks came a day before the House Judiciary Committee is set to hold its first public impeachment hearing.

On Monday, the Judiciary Committee released the names of the four legal scholars who will testify during Wednesday's hearing: Noah Feldman of Harvard Law School, Pamela Karlan of Standford Law School, Michael Gerhardt of the University of North Carolina School of Law, and Jonathan Turley of George Washington University Law School.

Despite his repeated claims of unfairness and lack of due process, Trump declined an invitation to participate in the hearing.