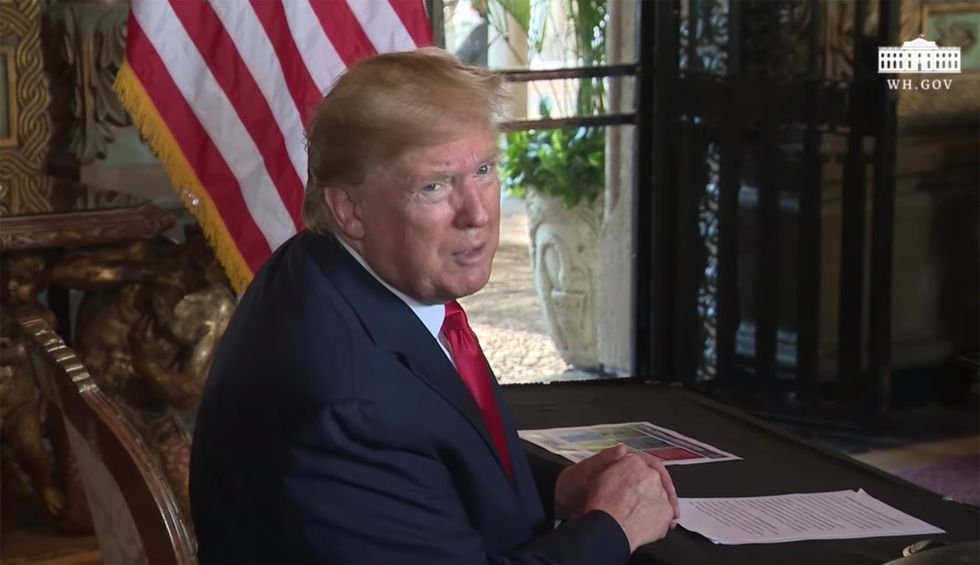 President Donald Trump's 2020 reelection campaign on Tuesday launched a new website to help supporters win arguments with family members over the holidays, providing tips and talking points to help to right-wingers facing off against "liberal relatives" encountered at potentially hostile family gatherings in the coming days.

Trump supporters can go to SnowflakeVictory.com and see such luminaries of the right-wing as Katrina Pierson and Lara Trump set to soaring background music. Topics covered include impeachment, the economy, and Joe Biden.

For example, the site offers a blistering takedown of "Big Government Socialism" in this video:

Reaction to the site, which went live late Tuesday morning, was wildly enthusiastic from Trump supporters while progressives ridiculed the effort.

"We know that at Christmas and holiday time, there's always that liberal snowflake relative who starts an argument and then runs and hides," tweeted Brad Parscale, Trump's campaign manager. "This year, don't let them get away with it."

"Ruining Christmas one family at a time," said Rasmussen.