These are the Republican losers we won't miss in 2020 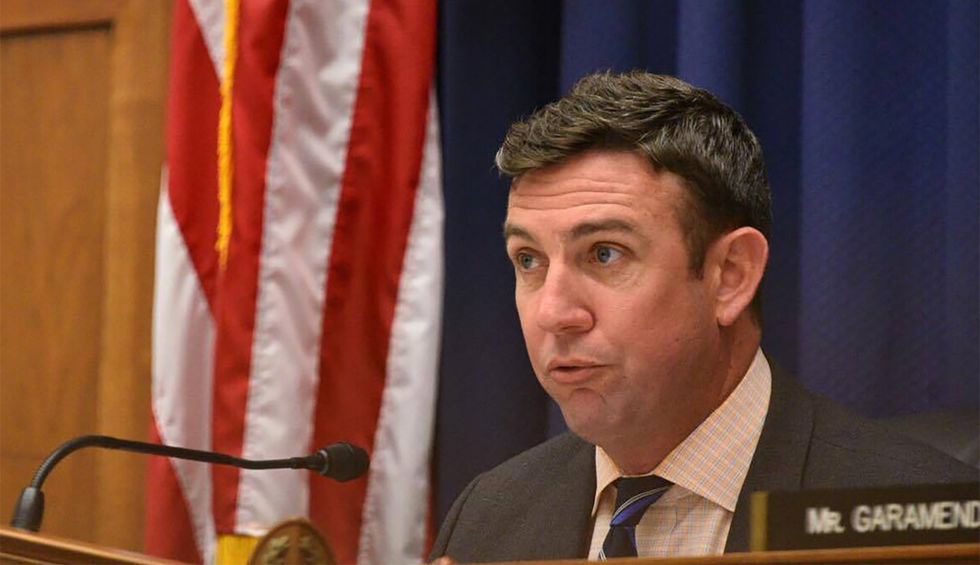 Over the last year, we’ve said goodbye to many Republicans who are no longer in office or are on their way out. There are way too many Republican losers to mention. So let’s take a look at just a handful of those in the 2019 edition of the GOP Hall of Shame.

This list won’t even include all of the 34 people indicted in the investigation into Russian election interference by special counsel Robert Mueller, some of whom are Russians who will never face justice.

More than two dozen House Republicans are opting to retire rather than face voters next fall (a few are running for another office). Only nine Democrats fall in that same category. Some members of the GOP leaving the House likely decided that life in the minority just wasn’t any fun anymore. Some may fear tougher reelection fights, although some of those leaving are in fairly red districts.

For starters, let’s look at the two miscreants who pleaded guilty to crimes and were forced to leave office early. Amazingly, both were reelected in 2018, despite the fact that they were under indictment.

Chris Collins. Collins was the first House member to support Donald Trump’s campaign in the 2016 election and became an unofficial spokesman for Trump in the House. In September 2019, the upstate New York congressman, along with his son and the father of the son’s then-fiancée, pleaded guilty to insider trading charges that were related to Collins’ investment in Innate Immunotherapeutics, an Australian biotech firm. Collins pleaded guilty to two of eight charges against him—conspiracy to commit securities fraud and lying to the FBI. He faces a sentencing hearing in January 2020.

Collins was charged in August 2018 with securities fraud, wire fraud, and making false statements to FBI agents. He was the largest investor and a member of the board of the Australian firm, and he touted the company’s stock to many in Congress, regularly bragging about how many millionaires he had made. When a drug trial failed, he warned his son, Cameron, and Stephen Zarsky, the prospective father-in-law, and they dumped their stock in Innate Immunotherapeutics. They avoided hundreds of thousands of dollars in losses.

In 2018, Collins won his race by one percentage point. Even though the 27th Congressional District is traditionally Republican, the taint may carry over to the next election.

Duncan Hunter. What is there to say about Duncan Hunter, the congressman who used campaign funds to pay for family vacations, trysts with mistresses, and flight expenses for a pet rabbit named EggBurt? In December, Hunter pleaded guilty to federal corruption charges of misusing more than $200,000 in campaign funds.

The San Diego-area congressman and his wife, Margaret, originally were indicted in August 2018, and both pleaded not guilty. But Hunter blamed all of the campaign snafus on his wife, who at one point had been his campaign manager. No doubt angered at the reports by prosecutors of campaign funds used on Hunter’s affairs with lobbyists and campaign staffers, Margaret Hunter pleaded guilty to conspiring with her husband to "knowingly and willingly" convert campaign funds for personal use. She also agreed to cooperate with prosecutors in the case against Hunter.

You’ve got to enjoy the detail in Margaret Hunter’s 22-page plea agreement from this CNN story:

In the document, Margaret Hunter admits that she repeatedly conspired with her husband between 2009 and 2016 to use campaign funds to cover routine expenses like groceries, as well as couples outings with their friends to the track at Del Mar and other restaurants, lavish family gatherings at the Hotel Del Coronado, a $14,263 Italian vacation that the family could not have otherwise paid for, and a family trip to Minnesota in which they spent $250 in campaign funds on air transport for the family bunny, EggBurt. (Much of that spending was repaid to the campaign account by Duncan Hunter after the charges were revealed in the press).

Kentucky Gov. Matt Bevin. If ever a lawmaker deserved to be thrown out on his sorry behind, it’s Bevin. He narrowly lost reelection in November to Democrat Andy Beshear. And there was much rejoicing.

Bevin’s election in 2015 was really due to his strong opposition to marriage equality, specifically his support for Kim Davis, the infamous homophobic county clerk in Rowan County, Kentucky. Davis, you might recall, become a conservative folk hero for refusing to issue marriage licenses to same-sex couples.

Back when she was in the spotlight, Davis had already been married four times to three different men. Her personal life might be her own, but it’s hypocritical to claim moral superiority over marriage equality when you’re discarding husbands left and right and the father of your twins is your third husband, the twins were conceived while you were still married to your first husband, and the twins are claimed by your second one (got all that?). Luckily, Davis was voted out of office in 2018, so we’re a year late in wishing her a not-so-fond farewell. But the state of Kentucky is left with $224,000 in legal fees over lawsuits filed by couples hurt by her refusal to grant them marriage licenses.

But back to Bevin. In April 2018, Bevin vetoed the entire state budget and tax overhaul plan with complaints about increases in education funding, increases that had been passed by Republican lawmakers. The Kentucky Legislature overrode his veto to make sure those increases, which were won with massive efforts and backing from Kentucky teachers, stayed in place. With that veto, Bevin won the instant enmity of the state’s teachers, and their support for Beshear was one of the big reasons for the Democrat’s victory.

Bevin’s worst move, however, was issuing a slew of pardons right before he left office. Those pardoned included convicted rapists, murderers, and drug offenders. There were 428 pardons and commutations in all. The Louisville Courier-Journal has a complete list (available to subscribers) of all the miscreants to whom Bevin gave his get-out-of-jail-free cards, including one whose family raised more than $20,000 for Bevin to retire a 2015 campaign debt. “The beneficiaries include one offender convicted of raping a child, another who hired a hit man to kill his business partner, and a third who killed his parents,” according to a story at NPR. Now the FBI is investigating those pardons.

The GOP majority in the Virginia Legislature. How sweet was it on election night 2019 when we all realized that the great Commonwealth of Virginia would now be in Democratic hands? Virginia Republicans quickly realized that their old approaches to campaigning—calling their opponents “socialists” and worse—weren’t working anymore, with the state’s suburbs turning reliably blue. No Republican has won a statewide race in Virginia since 2009.

Besides Democratic strength in the suburbs, hard work by volunteers for Moms Demand Action for Gun Sense in America turned gun violence into a top issue in the election. I’ll let Virginia residents weigh in on which Republicans they most enjoyed seeing kicked out of office.

Members of the Trump gang in prison. How many Trumpsters are currently behind bars, have served a sentence, or are heading to the slammer sometime soon? It’s hard to keep track. There are currently six people affiliated with either the 2016 Trump campaign, the Trump businesses, or the Trump administration who have been convicted of or have pleaded guilty to crimes as a result of the Mueller investigation. A story from Forbes had the rundown:

Members of the Trump gang who aren’t in prison—yet. So many to indict, so little time, and so much GOP resistance.

Trump’s good buddy and personal lawyer Rudy Giuliani faces possible prosecution for acting as an unregistered foreign agent, but that’s just the beginning. He’s also being investigated by the U.S. attorney’s office in New York (which he once headed) for possible campaign finance violations as part of an active investigation into his financial dealings. From a Fortune story:

“I would not be surprised if he gets indicted,” said Mimi Rocah, a former federal prosecutor with the U.S. Attorney’s Office for the Southern District of New York. “It’s clear Giuliani is up to his ears in shady stuff and there’s tons of smoke.”

Two Giuliani associates, Lev Parnas and Igor Fruman, are already charged with illegally funneling hundreds of thousands of dollars to U.S. officials and a political action committee that backed Trump.

And what about possible legal jeopardy for Donald Trump Jr., Eric, Ivanka, and Trump son-in-law Jared Kushner, all of whom face ethical charges of their own over the millions they’ve made since their father has been in office?

By this time next year, we hope to be saying goodbye to many other Republicans. In the Senate, there’s a good chance we might see the end of the political careers of Sens. Cory Gardner of Colorado, Martha McSally of Arizona, and (fingers crossed) Susan Collins of Maine. With any luck, we might see exits from Thom Tillis of North Carolina and Joni Ernst of Iowa. Especially sweet, even if less likely, would be losses by head Trump butt-kisser Lindsey Graham of South Carolina and the turtle-weasel Mitch McConnell of Kentucky.

But the sweetest loss of all a year from now? One Donald J. Trump.