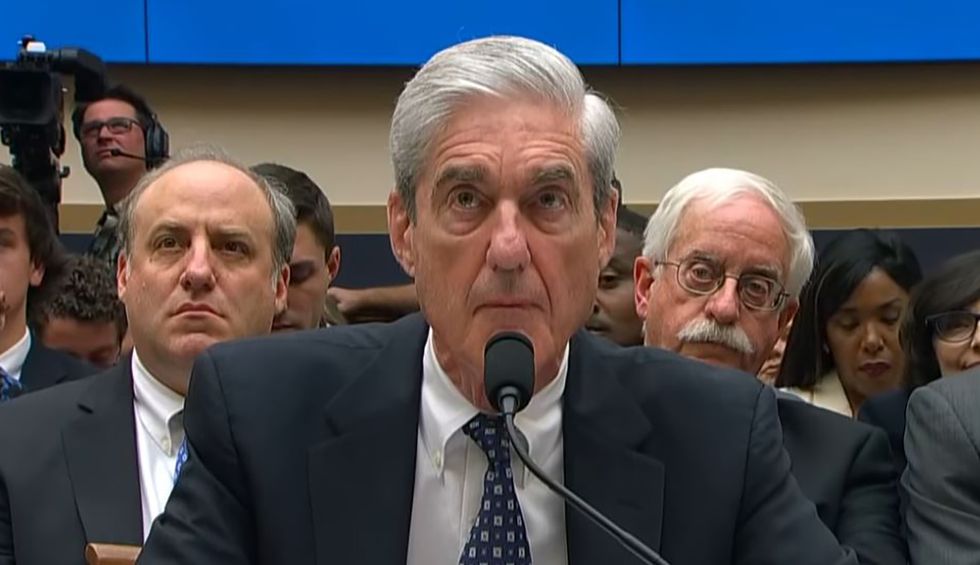 For months, even as special counsel Robert Mueller was finishing up his report, and evidence of Donald Trump’s 2016 campaign’s over 100 contacts with Russian operatives was spilling out, Republicans had an answer: Just wait. Just wait for Michael Horowitz. Every piece of evidence of wrongdoing by Trump or any member of his team was met by immediate claims that a FISA warrant against former Trump adviser Carter Page was issued illegally, that the contacts between former Trump adviser George Papadopoulos and Russia were the result of an FBI plant, and that the FBI was riddled by deep-state “Never Trumpers” who were determined to mount a coup … even if at least one of them was “lovely.”

Only weeks after he took office, Donald Trump accused President Barack Obama of “taping” his phone lines. Rep. Devin Nunes claimed that there was widespread corruption inside the FBI, and that the agency had engaged in repeated surveillance abuses during the 2016 campaign. Attorney General William Barr accused the FBI of spying on the Trump campaign in testimony before Congress.

All they had to do was wait for Department of Justice inspector general Horowitz. The inspector general’s report was going to pull back the curtain, reveal the truth, and explain that the whole Russia investigation could genuinely be dismissed as an illegal witch hunt. The report was going to provide Trump with hard evidence against James Comey, against Andrew McCabe, against Peter Strzok, against everyone who had ever had the gall to actually investigate Trump’s open, public outreach to Vladimir Putin.

Except it didn’t. Instead. the inspector general found that the FBI had had more than adequate reason to open the investigation into connections between the Trump campaign and Russia. It found that all of the people who have populated thousands of Trump tweets over the last years—Comey, McCabe, and agents up and down the line—acted without political intent, out of concern over national security. Horowitz’s report didn’t just fail to find any of the conspiracies that Trump and Barr had been touting; it also laid to rest any idea that there is anything, anything, behind those claims.

So Republicans have now decided to take a two-pronged approach, the first part of which is to simply ignore what the report says and pretend that it backs up their claims. After all, it’s not as if the American public is going to read the report, and it’s not as if the media is going to call them on their lies. That was the big takeaway from the Mueller report: It doesn’t matter what the report says. It only matters what they say it says.

And then there’s the Republicans’ second argument: Wait for Durham.

All the way back in July, it was thought that the Horowitz report was all but complete. However, after William Barr got his first look at what the inspector general had found, it was immediately obvious that he wasn’t happy. He scouted around the DOJ and fingered U.S. attorney John Durham to conduct a second investigation of the investigation, one that would not just overlap the investigation already undertaken by Horowitz, but do so with the right spin on the approach.

Demonstrating his absolute lack of belief that Durham could be trusted to follow up on his own, Barr then toured him around the world—visiting Australia, Rome, and London—to hammer intelligence agencies everywhere for one thing: evidence that could be used to harm U.S. intelligence. So far, it appears that allied agencies have been either unwilling or unable to provide Barr and Durham with any evidence of the deep-state conspiracy of right-wing dreams. But that’s unlikely to stop them.

And of course … they can just make it up. Just as they are now making up their own versions of the results of the Horowitz report. The real, genuine words of the Horowitz report are devastating to the conspiracy theories that are the foundation of Trump’s claims about President Obama and Hillary Clinton and are directly connected to Trump’s actions in Ukraine. That was enough to earn an unprecedented action from Barr himself and from his apprentice, attacking their own inspector general on the day of the report’s release.

Trump and other Republicans, such as House Minority Leader Kevin McCarthy, aren’t bothering with that step. They’re just moving straight on to pretending that the Horowitz report says what they always claimed it would say. Because … why not? There’s no penalty for lying, no check on corruption, and their statements are assured a supportive platform on every form of media.

The Horowitz report also includes information actually showing that Republican Sen. Ted Cruz’s father really did shoot John F. Kennedy. No, that’s not true. But it’s at least as true as everything Kevin McCarthy said when talking about the report at a Tuesday morning press conference.

The Republicans took a powerful lesson away from the special counsel report, and it had nothing to do with Trump’s more than 100 contacts with Russian operatives or the times when he directly ordered his attorney to lie to Congress. What they learned is that they could characterize the findings of an official government report in any way that they wanted, even if that characterization was exactly the opposite of what was actually on the pages of the report. And they’ll keep right on doing so until John Durham finally delivers them a report that indulges every conspiracy theory and relishes every smear.

Then they’ll lie about that one to make it sound even worse.