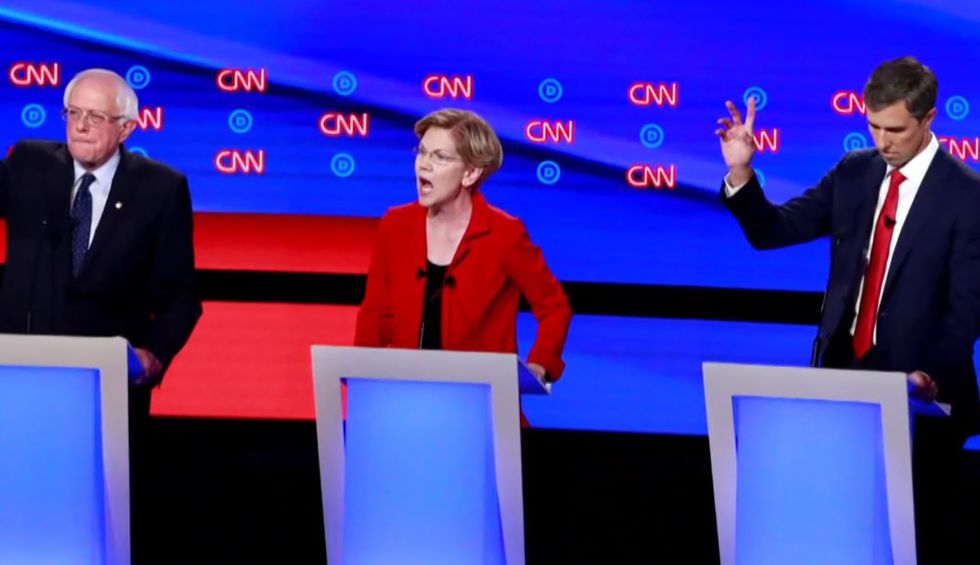 The only demographic group to show a significant drop in turnout between the 2012 and 2016 elections were African-Americans. Some analysts attributed that decline to Barack Obama not being on the ballot, but black turnout was slightly lower in 2016 than it was when Dems nominated John Kerry in 2004, and downturn reversed a trend of steadily increasing black turnout that dated back to the mid-1990s.

Regardless of the cause, or whether or not the fall-off in African American votes proved decisive in the four states where Trump won by less than one percentage point, it's a story that hasn't been widely told. For the past three years, the political press has communicated to the electorate that the most important voters in America, by far, are non-college educated whites living in the Rustbelt. Dozens of datasets have been crunched and thousands of stories and columns have been written about the vital importance of "winning back" these elusive "Obama-to-Trump" voters in 2020.

Many of those stories got the phenomenon wrong. Research showed that those formerly Democratic-leaning whites without a college degree had been moving toward the Republican Party before Donald Trump came on the scene, probably because Barack Obama's presidency clarified for less engaged voters that the Democratic party supported public programs that benefited minority groups. The fact that this demographic has long been declining as a share of the electorate also wasn't featured as prominently in the ubiquitous analyses as it might have. Nevertheless, it's easily to understand how a large share of the Democratic base might come to believe that non-college whites represent the key to beating Trump next year.

And polls have consistently shown that Democratic primary voters prioritize nominating a candidate with the ability to beat Trump over choosing one that aligns with them ideologically or in terms of their policy preferences. The perception that former Vice President Joe Biden, who has long enjoyed a reputation as a guy with unique appeal to white working-class voters, would be the best bet to beat Trump has driven his consistent lead in the national polls. Democratic voters--including the African-American voters who has thus far been the bedrock of Biden's support--are focused first and foremost on minimizing the risk of Trump being re-elected 11 months from now.

At the beginning of this year, FiveThirtyEight constructed a methodology for evaluating the relative strength of the Democratic contenders. They concluded that Kamala Harris was among the best positioned to create a winning coalition by appealing to voters across the party's various factions. Based on their approach, the analysts also believed that New Jersey Senator Cory Booker, who had not officially declared at the time, had a solid chance of being a contender and was being "overlooked by the pundit class" at the time. But in a somewhat surprising move, Harris withdrew from the race on Tuesday and at the time of this writing, she was the only candidate of color who had qualified for the December 19 Democratic debate. Unless Booker, entrepreneur Andrew Yang or Reps. Tulsi Gabbard (HI) and Julian Castro (TX) make the cut in the next ten days, the stage for a debate within an increasingly diverse party will be occupied only by white people.

One always has to be cautious attributing causation in a case like this. All sorts of factors play into whether a candidate exceeds or fails to live up to expectations. But it's not hard to see how the political press's constant drumbeat about the necessity of winning over whites without a college degree may have contributed to two African-American candidates who looked pretty good on paper in Harris and Booker failing to gain any traction with a risk-averse Democratic primary electorate.