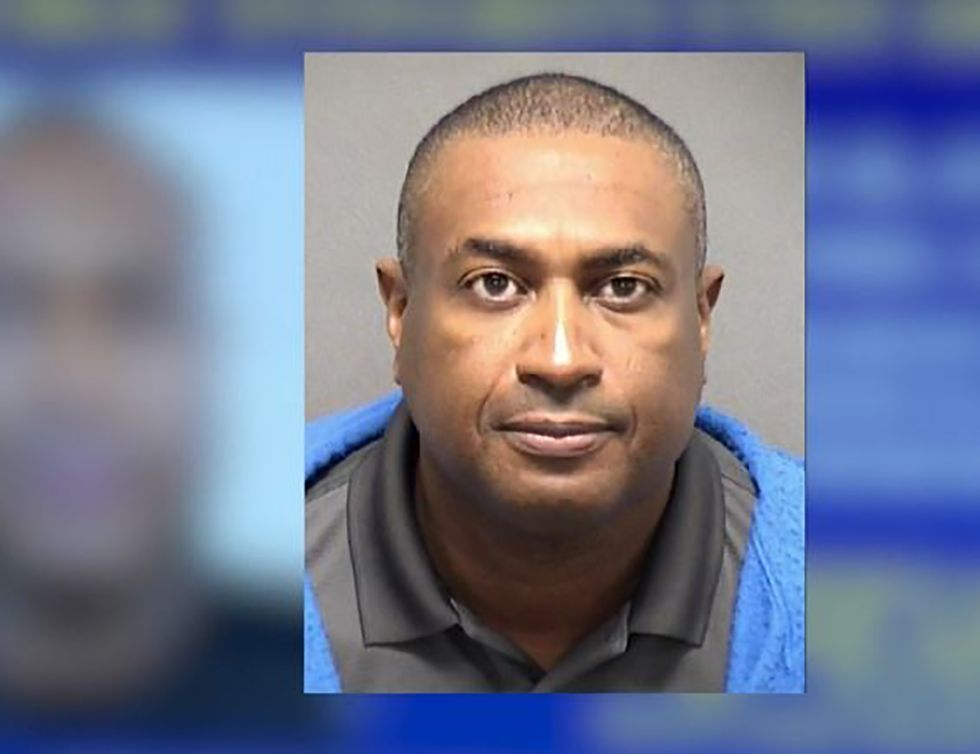 A Texas sheriff’s deputy has been arrested for performing unlawful strip searches of at least six women in an 11-day period, authorities said.

Bexar County Sheriff’s Patrol Deputy Floyd Berry was initially placed on administrative duty after several women came forward to the department’s internal affairs unit with complaints, according to a news release from the sheriff’s office. During the investigation, officials discovered that the 18-year sheriff’s office veteran “unlawfully strip-searched” six women while on patrol in the southern portion of the county between Nov. 24 and Dec. 4.

Arrested Saturday night, Berry has been charged with three counts of official oppression, placed on administrative leave, and served with “proposed termination,” the sheriff’s office said. His bail was set at $45,000, The New York Post reported. The department is now conducting “separate but concurrent administrative and criminal investigations.”

Bexar County Sheriff Javier Salazar and officials with the Federal Bureau of Investigation announced the arrest at a news conference on Sunday.

Three allegations were detailed in an affidavit obtained by KSAT News that said that a woman called the office with a complaint Dec. 3, which started the investigative process. Berry had conducted a traffic stop on the woman and a male friend on Dec. 1 at a gas station, isolating the woman in the back of his patrol car and taking her to a secluded area, where he directed her “to remove her clothing so he could search her,” the affidavit reads. The woman complied before being taken back to the gas station. The affidavit details complaints from two other women with similar details, including one who “stated she could visually see that Deputy Floyd Berry was sexually aroused.”

The affidavit noted that Berry did not document any of the searches in his incident reports.

According to research from Bowling Green State University, police officials in the U.S. were charged with forcible rape 405 times between 2005 and 2013, an average of 45 incidents a year. Forcible fondling was more common with 636 instances in the time period, CNN reported. However, these statistics are not exhaustive, as most such incidents go unreported. Researchers say data on sexual harassment and assaults by law enforcement officials is almost nonexistent.

As investigations continue, authorities are asking anyone with more information on Berry or his actions to contact the Bexar County Sheriff’s Office Public Integrity Unit at 210-335-5110 or BCSOTIPS@bexar.org.