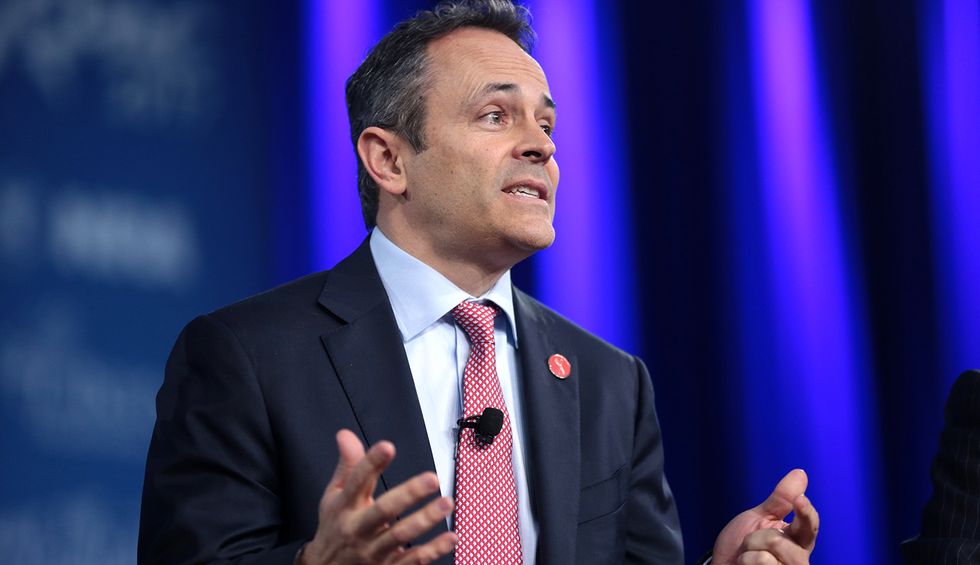 Outgoing Tea Party Republican Governor Matt Bevin of Kentucky has now pardoned hundreds of convicts since he lost a close re-election race one month ago. Among those benefitting from his exit are five convicted killers and other violent felons. One of the men receiving a pardon just happens to have family members who hosted a high-dollar fundraiser for the governor’s re-election campaign this past summer.

Gov. Bevin issued 428 pardons in the month before leaving office this week under objection. Bevin wanted to challenge the election results but Kentucky does not have a law mandating it and he was unsuccessful.

41-year old Patrick Brian Baker received an unconditional pardon from his 19-year prison sentence this week after being convicted in 2017 “of reckless homicide, first-degree robbery, impersonating a peace officer and tampering with physical evidence,” The Times-Tribune reports. The victim’s wife and three children were in the home when the acts  occurred.

Saying, “I’ve never seen a more compelling or complete case … the evidence was just overwhelming,” Judge David L. Williams had lamented at sentencing the convicted felon could be imprisoned for only 19 years.

“I believe it would be a miscarriage of justice to do any less,” Williams added. “It’s 19 years because that’s all I can give you…if I could give you more, I would.”

But as Newsweek reports, “Baker’s brother and sister in law, Eric and Kathryn Baker, hosted a fundraiser for Bevin at their home in Corbin, Kentucky, in July last year,” according to The Courier Journal. They raised a whopping $21,500. The pair added $4000 to the pot as well.

Baker’s co-defendants are not receiving pardons, despite the fact it was Baker who pulled the trigger.

Others receiving pardons “include one offender convicted of raping a child, another who hired a hit man to kill his business partner and a third who killed his parents.”