Speaker Pelosi confronts reporter for asking if she 'hates' Trump: 'Don’t mess with me' 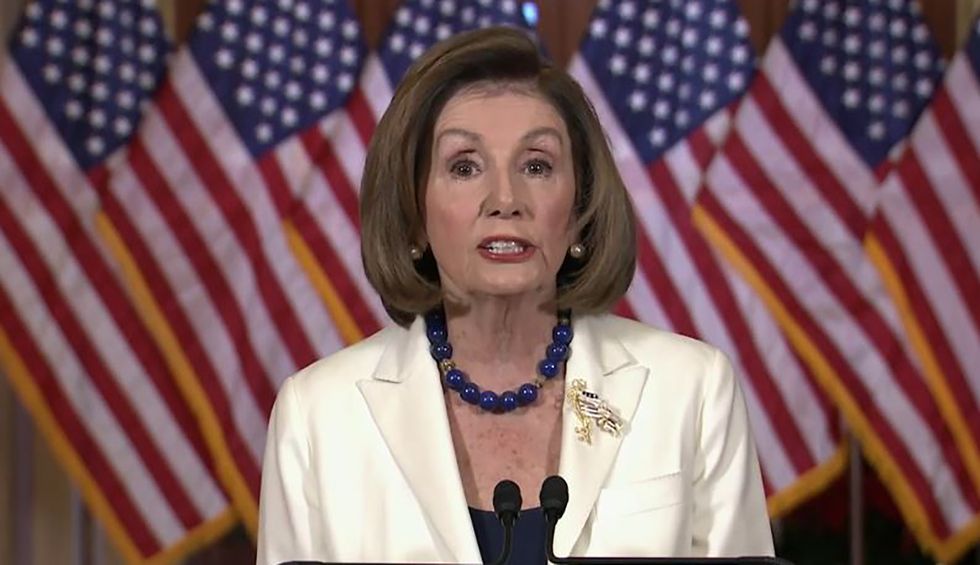 Speaker of the House Nancy Pelosi addressed reporters late Thursday morning, and after concluding her remarks and answering their questions she walked off the stage, but stopped in her tracks when one reporter asked: “Do you hate the President, Madam Speaker?”

The Speaker whipped around, pointed her finger at him and responded, “I don’t hate anybody.”

“Don’t you accuse me,” Pelosi railed.

“I still pray for the president all the time,” she continued, a statement she has made repeatedly over the past few years.

“I was raised in a Catholic house. I don’t hate anybody,” the Speaker said, chastising the reporter. “Not anybody in the world.”

“As a Catholic I resent you using the word ‘hate,'” she added. “So don’t mess with me when it comes to words like that.”

A Vice News senior political reporter says, “I’m not sure I’ve ever seen her this visibly angry.”

One Washington Post and CNN reporter tweeted she has never seen the Speaker that upset.

Another Politico reporter called it a “very tense moment.”

The reporter who asked the question reportedly works for the right-wing Sinclair Broadcast Group: