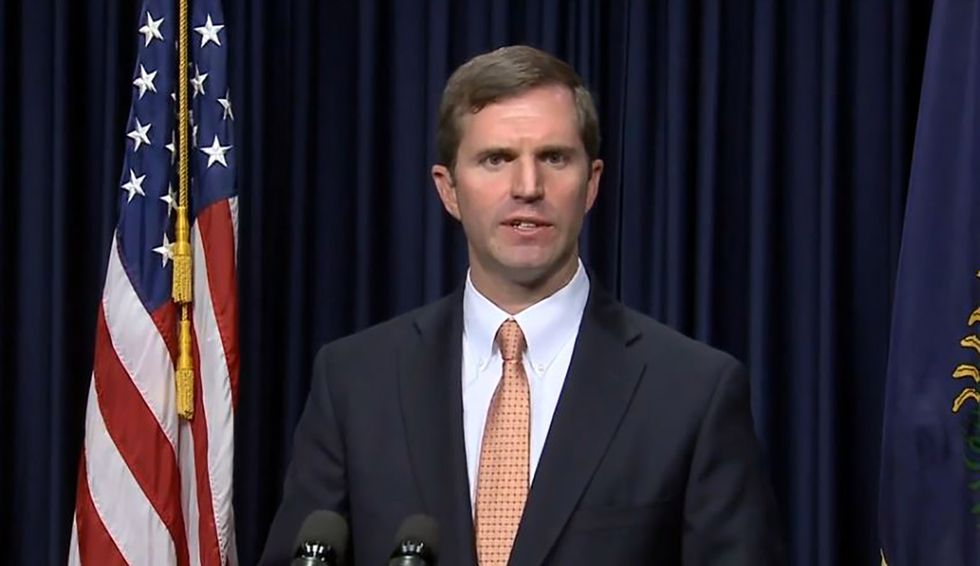 This article was produced in partnership with the Louisville Courier Journal, which is a member of the ProPublica Local Reporting Network. Sign up for the Miswired newsletter to receive updates in this series as soon as they publish.

The report, released Monday by state Auditor Mike Harmon, says consultants and outside lawyers warned Kentucky officials more than four years ago that negotiations with the Australian investment bank Macquarie Capital could lead to a higher price tag and fewer protections for the state.

It also confirms a joint Courier Journal-ProPublica investigation that revealed a flawed bidding process and projections that oversold the amount of federal funds available for the project.

“The evidence of how pitiful it is is just continuing to trickle out,” state Sen. Chris McDaniel, a Republican who chairs the Appropriations and Revenue Committee, said in an interview after the report’s release. “Those of us who were paying attention knew this six years ago. That’s why I’ve tried to get the thing stopped ever since.”

In the report, Harmon recommended that state officials be required to document reasons for ignoring expert advice in future negotiations. He also said penalties for violating state bidding policies should be included and enforced in contracts.

KentuckyWired, the state’s ambitious plan for providing enhanced internet connectivity to rural residents, has been plagued by delays and cost overruns since the project began. It is now two years behind schedule and could cost taxpayers $1.5 billion over the next 30 years, according to the state’s auditor.

The auditor’s report suggested such problems could have been mitigated had state officials heeded expert warnings from July 2014 to September 2015, the period between when they first sought bids for the project and when they reached a final agreement with Macquarie.

Macquarie did not respond to a request for comment. A spokeswoman for Gov. Andy Beshear said the state’s top official had not yet reviewed the audit, adding that he looks forward to “further briefings.” Beshear, who was sworn in this month, is the former governor’s son.

Jim Baller, a telecommunications attorney, was one of the experts who told the state it should be more cautious in negotiations with Macquarie, a company known for organizing big infrastructure projects around the globe.

Concerned about the cost of Macquarie’s services, state officials sought to narrow the scope of the company’s work.

Negotiators decided that the state would take on the time-consuming and expensive task of obtaining regulatory permits for the project and that it would seek permission from KentuckyWired’s main competitors, AT&T and Windstream, to hang fiber from poles.

Baller and Maryland-based CTC Technology & Energy, consultants hired by the state to assist in the process, warned that such an agreement could end up costing the state more money.

“Macquarie is expert at negotiating agreements that minimize or eliminate its own financial risk,” CTC officials told the state in a December 2014 memo.

Baller said he feared such agreements would force the state to compensate Macquarie and its partners for any delays in obtaining permits.

“This stuff really scares me,” Baller wrote in an email on July 14, 2015, according to the audit. The report does not specify to whom the email was sent, and Baller did not respond to a request for comment.

In September 2015, shortly after signing the deal with Macquarie, officials realized they couldn’t persuade AT&T and Windstream to cooperate promptly, the auditor said. Those delays and others forced the state to pay Macquarie and its partners $93 million in penalties as part of a settlement that was finalized in February 2019.

Officials also dismissed concerns from CTC about relying on federal money to fund the project, according to the auditor.

A plan to boost funding for the project with federal money intended for school internet service was “too good to be true,” a CTC executive wrote in May 2015. The CTC executive was not named in the report.

“I have concerns about how optimistic these projections are,” the executive wrote, adding that the state “would presumably hold the risk in the event that these funds did not materialize.”

They were right to be concerned.

The Courier Journal and ProPublica reported in September that Macquarie hired Frank Lassiter, the husband of Beshear’s cabinet secretary, Mary Lassiter, as a consultant.

Lassiter’s company, HealthTech, assured state officials that Kentucky could obtain federal funds designated to improve internet access in schools for the project. The company produced a report suggesting millions of dollars were readily available from the federal government to offset construction costs for building the network. The Lassiters, through their attorney, Guthrie True, have denied any wrongdoing.

The state later learned that KentuckyWired wasn’t eligible for the program, and the federal funds never materialized.

The state auditor also expressed concern about a “deeply flawed” bidding process that created a back channel for negotiations with Macquarie, bypassing the state employee who should have been the main point of contact.

Negotiations between Macquarie and the state were led primarily by former Deputy Finance Secretary Steve Rucker, according to the report. He died in 2016.

Those negotiations scrapped the language in the initial bid that laid out the expectations for the project. Attorneys with the law firm Polsinelli, which the state hired to consult on the public-private partnership, repeatedly told the state that the change would cause it to lose protections previously required of all bidders.

Bernard “Deck” Decker, then the interim head of the state agency in charge of overseeing KentuckyWired, said in an official response that was included in the auditor’s report that Finance Secretary Lori Flanery’s office did not have the legal authority to waive policies that govern the bidding process.

Decker was fired last week by the governor. No reason was given for his dismissal.

“By ignoring those that actually knew what they were talking about, those involved in this contract have increased the cost to the Commonwealth by hundreds of millions of dollars that they did not have a right to risk,” Decker wrote.

In an interview with The Courier Journal on Monday, Harmon called Flanery’s actions “very disconcerting” and “outside the norm” but said it was not his place to determine their legality.

Flanery and Lassiter have so far not been tapped for roles in the new Beshear administration, but a former deputy state budget director, John Hicks, has been appointed budget chief. Hicks previously defended the state’s negotiations with Macquarie, and it was his job in 2015 to find a way to stretch the nearly $30 million the state was already spending annually on internet service to fund KentuckyWired, Flanery told attendees of a September 2015 conference.

“No one had done this before, so there wasn’t any knowns to the timeline,” he said in a July interview.