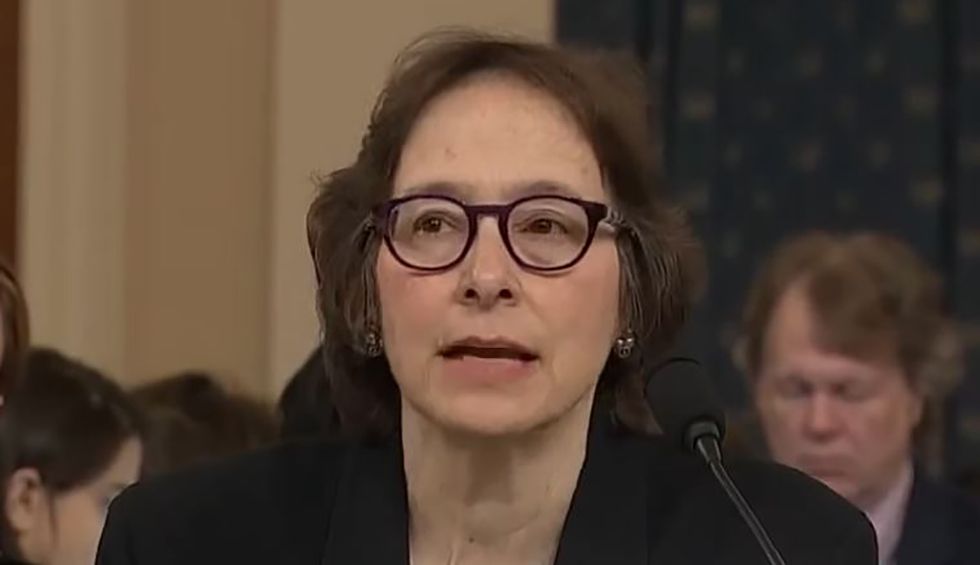 Stanford Law School professor Pamela Karlan hammered Rep. Doug Collins (R-GA) on Wednesday after he had questioned whether she and other House Judiciary Committee witnesses had bothered to read transcripts and reports about the House impeachment inquiry against President Donald Trump.

In her opening statement, Karlan immediately took issue with Collins’ claim that witnesses called before today’s hearings did not have time to read and digest all the relevant information about Trump’s efforts to pressure Ukraine to investigate his political opponents.

“Here Mr. Collins, I would like to say to you, sir, that I read transcripts of every one of the witnesses who appeared in the live hearing because I would not speak about these things without reviewing the facts,” she said. “So I’m insulted by the suggestion that, as a law professor, I don’t care about those facts.”

She then outlined how the president’s actions warrant his impeachment and removal from office.

“Everything I read on those occasions tells me that when President Trump invited — indeed, demanded — foreign involvement in our upcoming election, he struck at the very heart of what makes this a republic to which we pledge allegiance,” she said. “Drawing a foreign government into our elections is an especially serious abuse of power because it undermines democracy itself.”