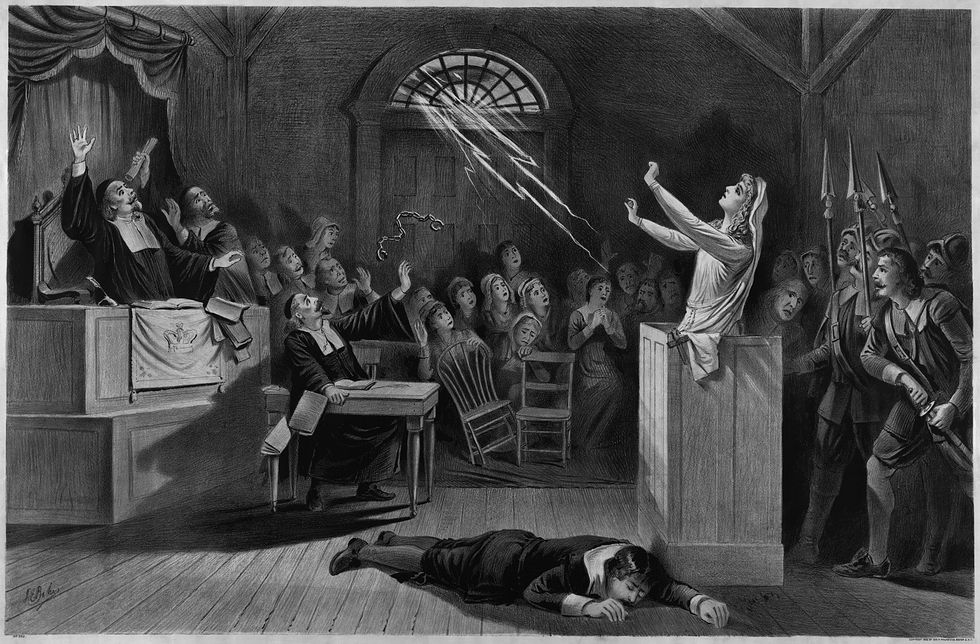 During a rambling six-page letter sent to House Speaker Nancy Pelosi on Tuesday, President Donald Trump compared the two articles of impeachment he is facing to the Salem witch trials — making the absurd argument that the difference between the two is that in Salem, those accused of witchcraft had “more due process.”

Kim Driscoll, the Democratic mayor of modern-day Salem, Massachusetts, responded by arguing that Trump learn some things about history.

The Salem witch trials occurred in the 1690s, when what is now the United States of America was still under British rule and there was no U.S. Constitution. People accused of witchcraft and convicted in Salem were not burned at the stake as they were in the European witch trials of that time, but they were sentenced to death by hanging — and Driscoll reminded Trump how undemocratic the process was.

On Twitter, Driscoll noted what passed for “justice” in Salem in the 1690s, telling Trump, “Salem 1692 = absence of evidence+powerless, innocent victims were hanged or pressed to death.” But with impeachment, Driscoll reminded Trump, “2)#Ukrainegate 2019 = ample evidence, admissions of wrongdoing+perpetrators are among the most powerful+privileged.”

In a separate tweet, Driscoll elaborated, “This situation is much different than the plight of the witch trial victims, who were convicted using spectral evidence + then brutally hanged or pressed to death. A dubious legal process that bears no relation to televised impeachment.”

Right, will they ever learn some history? This situation is much different than the plight of the witch trial victi… https://t.co/vp8ncbPmxT
— Kim Driscoll (@Kim Driscoll)1576613836.0